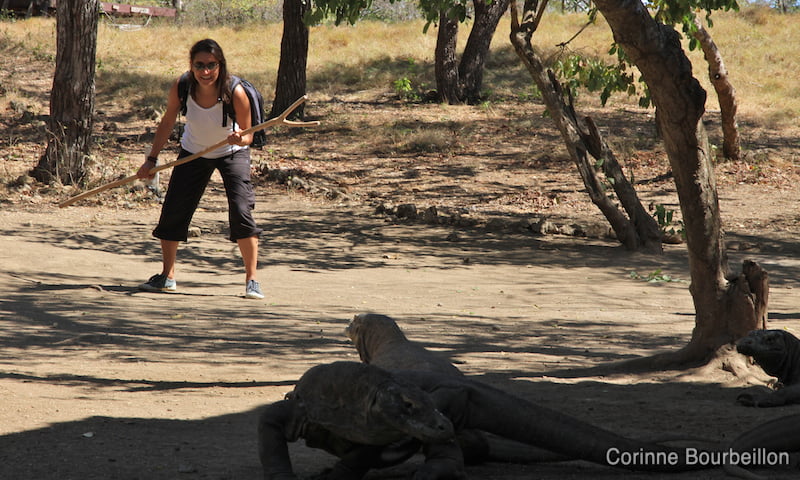 Not afraid of Komodo dragons!

Dragons exist, I've met them! Scales, claws, forked tongue, everything is there... Listening only to my courage, I went to photograph these big prehistoric lizards or "varans" that live in the Komodo archipelago, in Indonesia.

Indiana Jones can go get dressed. Not happy to take me for a princess on the PaschaI also became an intrepid adventurer, a dragon slayer, on the island of Rinca (pronounced "Rine-tcha"). 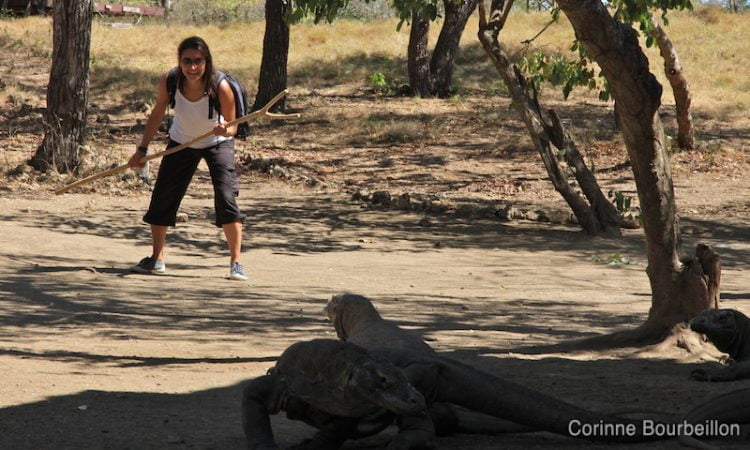 With that of Komodo - in the archipelago of the same name - Rinca is the other island where tourists are disembarked to meet the famous Komodo dragons. They are very big lizards, family of the monitor lizards. They are endangered and protected. There would be between 4,000 and 5,000 left in the Sunda Islands in Indonesia.

Listening only to my courage, I went to photograph them for you... Not even afraid! 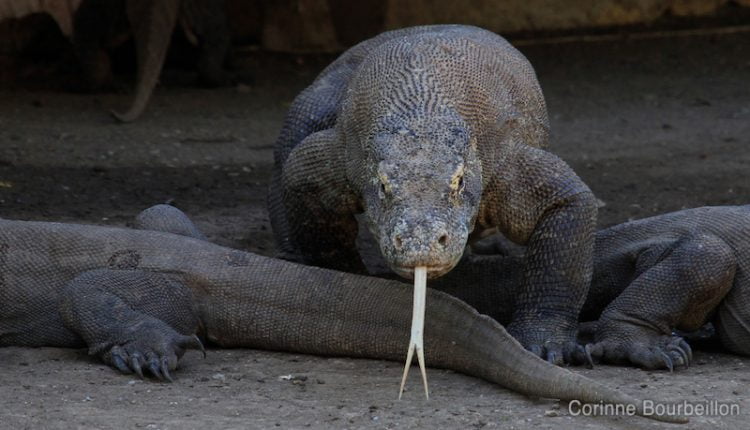 Admire the big ugly claws, the prehistoric scales, the forked tongue! These monsters have been feeding fears and fantasies since the beginning of the 20th century, when Westerners discovered them.

It's the expedition of the American William Douglas BurdenIn 1926, he left to explore this archipelago at the end of the world, which made them famous: he brought back two living specimens and we owe him the expression "Komodo dragons". This expedition even inspired the film King Kong of Cooper and Shoedsack in 1933! Three of his stuffed monitors can still be seen at the American Museum of Natural History.

Komodo monitor attacks on a child (in 2007) and a fisherman (in 2009), as well as the story of this small group of divers stranded on the island of Rinca (in 2008), who had to repel a lizard throwing stones, continue to maintain the fear inspired by these charming critters.

That said, the Komodo dragons may have become a tourist attraction, but beware of it. The rangers who make you visit the island are armed with long forked sticks. This is not to amuse the gallery nor just for photos. This is to repel the giant lizard too fearless who would be tempted to approach. 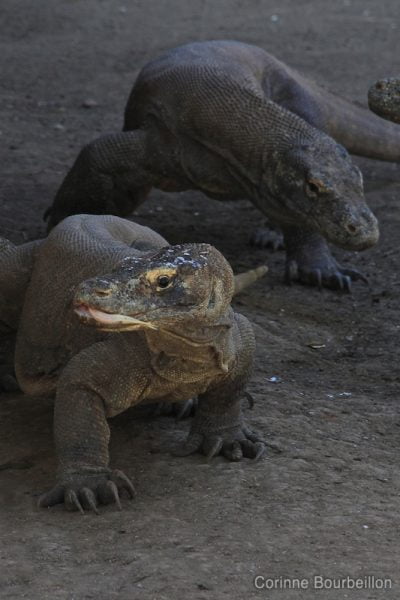 The Komodo lizards measure 2.50 to 3 meters long, tail included. It was long thought that their saliva contained very toxic bacteria. In fact, like other reptiles, they have venom glands [see the section "Venom and bacteria" on Wikipedia]. A bite can be fatal.

One would think them slow and clumsy, when one discovers them huddled up, in the process of sleeping, near the garbage cans of one of the rangers' bungalows, which serves as a kitchen. But they are incredibly fast and agile.

Ranger-guides plan to take pictures to prevent unwary tourists from coming too close. A small group of visitors has also taken possession of the overhanging terrace to better observe them when we arrive.

It is really recommended not to approach too much. The dragons have become accustomed to human presence, they know they can find food in the area. But they remain wild animals, with unpredictable reactions. Courageous, but not reckless, I wisely remain at a distance, following the instructions of the rangers. Indiana Jones would have done the same.

Then everyone leaves to explore the island, preceded by a ranger armed with a forked stick.

I admit, I am a little disappointed not to have met other dragons on the way. The only ones I've seen - and photographed - are those who hang out near the ranger's quarters.

Under the sun of Rinca

Rinca Island is arid. A savannah landscape, with very little shade, overlooking the azure water. A few palms here and there. 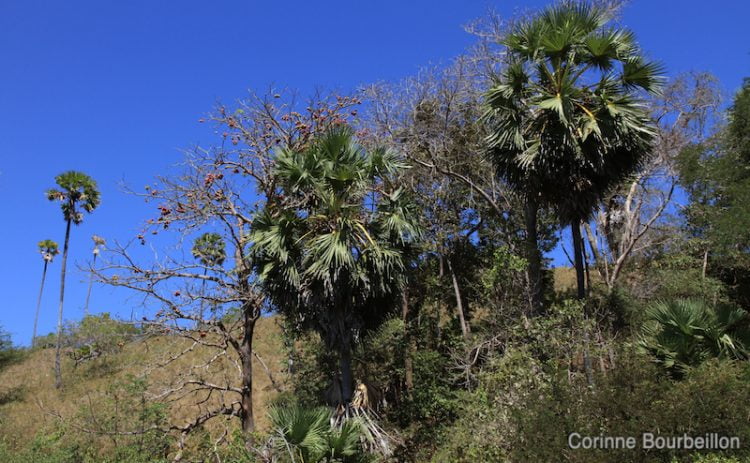 The only big beast we encountered during this small expedition was a wild buffalo. I was scared only after. Realizing that said buffalo was not attached.

Well yes, I'm used to rice paddies, I didn't think about it at first. We're in a nature reserve, here! The animals are free. It can be as dangerous as a monitor, a wild buffalo... 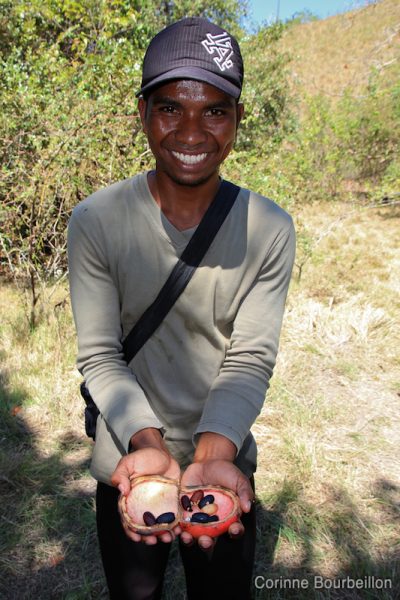 Two hours of walking in full sun. But the ride is worth it.

Jerome, my guide diving on the Pascha...is in the game. And our adorable guide ranger stops regularly to show us the natural curiosities of the island: edible fruits imprisoned in a gourd, whose name I have forgotten. Water hens hiding in the mangrove. The holes dug by the female monitors, where they lay their eggs. A monkey hanging high in a tangle of branches.

At every turn of the trail, I watch, hoping for a monitor. But no. Nothing. Another hen of water.

My soul Indiana Jones and my bravery begin to melt under this ruthless sun. We share the sips of water that remain at the bottom of the bottles. When the walk ends, it is with happiness that I find the ranger's memories hut, where I do not buy any wooden figurine with the effigy of the dragons, but where I get a boost of energy. shade, sipping an almost fresh Coke.

A tip to our guide and here we are ready to re-embark on the Pascha. I am a bit sad. Because it's also my last day in the Komodo archipelago ...

But I still have a few things to show you. Because the beasts with teeth aren't just land creatures around here, there are plenty underwater too. (Indiana Jones, get out of that body!)

See you in the next article with ... komodo sharks !