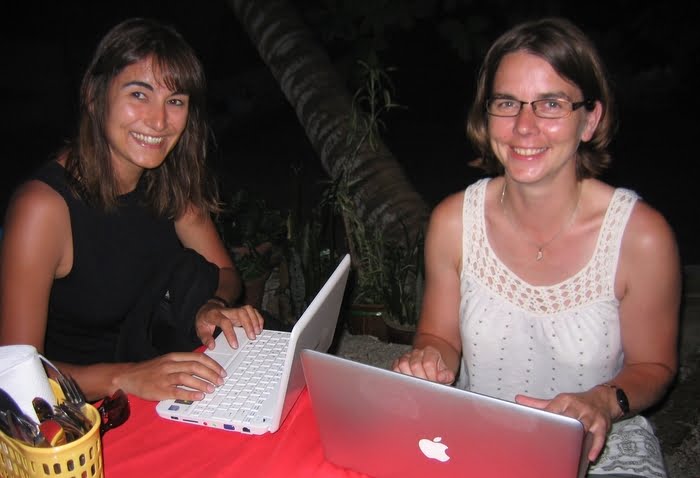 Geekette on the beach

Last night on Perhentian Besar. I'm not the only "geekette" with a computer... All around me, a lot of people are chatting on Facebook or downloading photos on their mobile phone.

At the end of the world but connected!

My diving buddy, Mandy, a German woman who has been living in Japan for ten years, just bought a nice MacBook Pro, which made me regret mine. The night before last, we transferred our photos from one computer to another, while waiting for our meals. 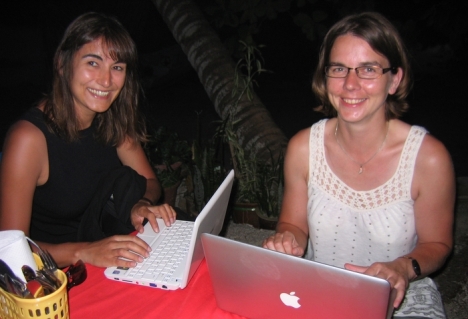 And I do not know who, of Bettina (another German woman found by chance here, two years after our meeting in Sulawesi) or Aziz, the king of the barbecue at Mama's (the famous little restaurant next to Watercolors), took the picture ... 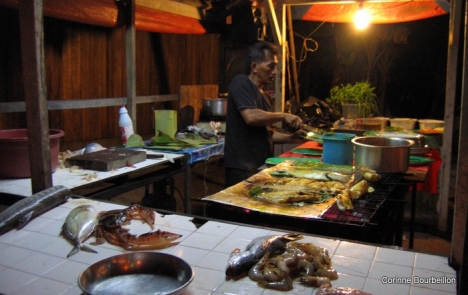 I recommend the address if you are staying at Paradise Beach. Basic bungalows at Mama's Chalets are cheaper and better damn (no terraced room and there are electrical outlets inside) than those in Watercolours-Paradise. And we eat really well.

Today was my last day at Perhentian Besar.... Already! Day without diving, since I have to fly to Borneo tomorrow.

I took the opportunity to go for a walk on the other side, on the very south of the island. I bravely crossed a small piece of "jungle", in flip-flops and pareo (without getting any mosquito bites, I even met a varan on the way!), to reach the beach of Cozy Resort and Abdul Chalets. 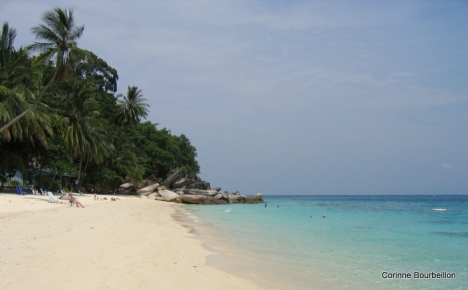 Behind (it's "after the last coconut tree, to the left of the rocks.", said the waiter from Abdul), there is an old concrete staircase, with a little surreal colonnades, which leads to other beaches. Desert or almost.

No restaurants or resorts, anyway. Just a pontoon where are moored fishing boats, closed wooden houses that sometimes host groups or holiday camps, a wave boui-boui ...

If I rely on the unearned cards, the place is called Teluk KK. At the end, a new cove, even more deserted. Perhentian Besar almost looks like Seychelles, with these big round rocks bathed in the azure waves. 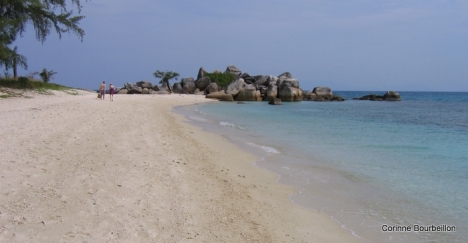 I know, it's provocation. But I assume my geek status at the beach. I feel obliged to transfer these ultimate images ...