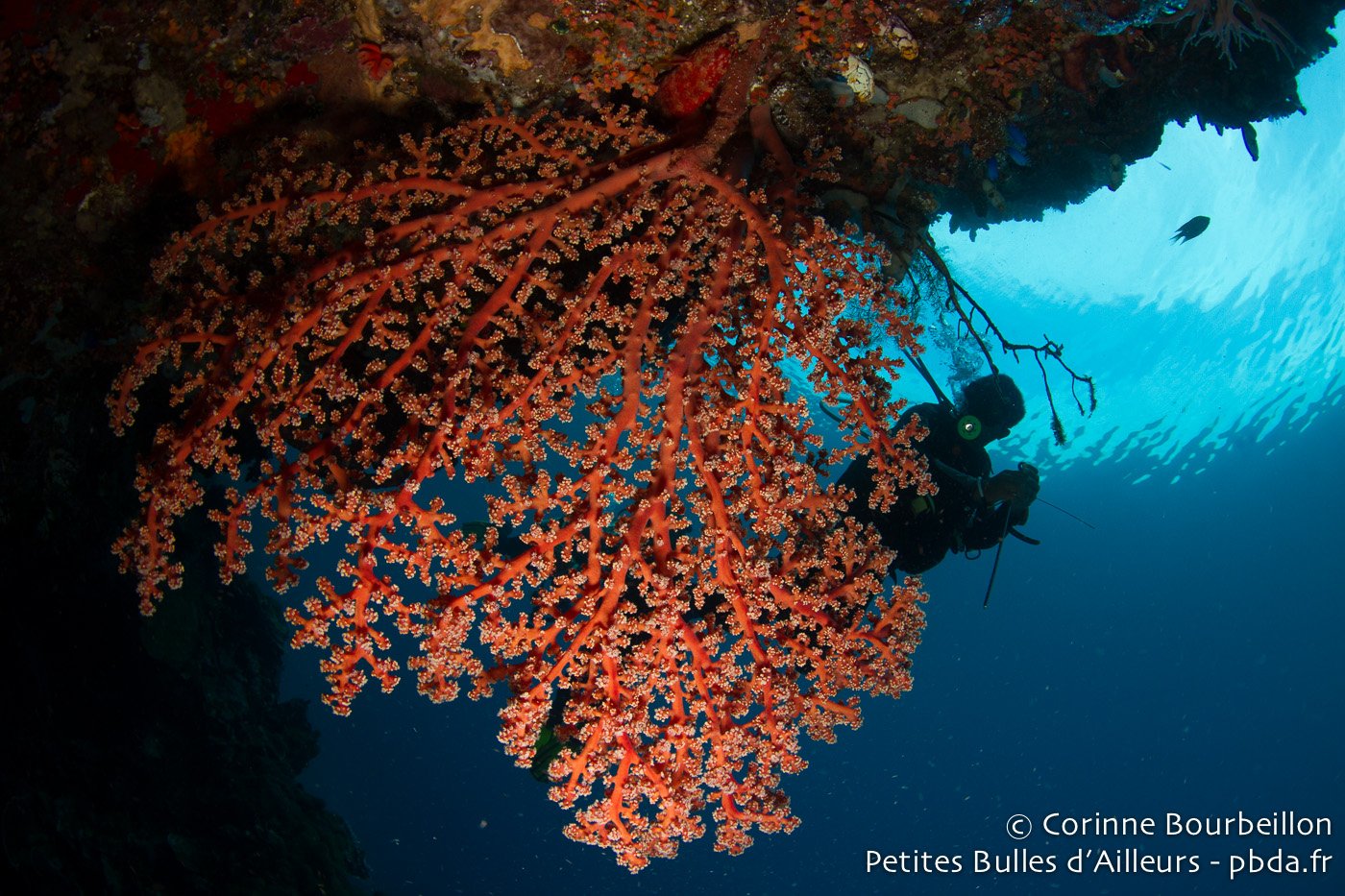 I love the bright colors of coral on a subaquatic blue background. Small immersion, in images, on the splendid reef of the island of Kakaban, in Indonesia, near Borneo.

The girl who takes pictures underwater

There are girls, when they go on vacation, who fill their suitcase with clothes. Me, it's my diving gear and my equipment photo-underwater that take up all the space in my bags.

All this to photograph fish and coral! Yep... 😉

The pictures you see here were taken in July 2013, near Borneo, Indonesia, during several dives around the small island of Kakaban (see the presentation of this trip at the end of this link : Diving in the blue of Borneo). The beauty of the seabed fascinates me a little more each dive ...

Underwater, then in front of my screen, I am ecstatic to no longer finish in front of the bright colors of the coral - red, pink, yellow, orange - magnified by the lightning of the flash. 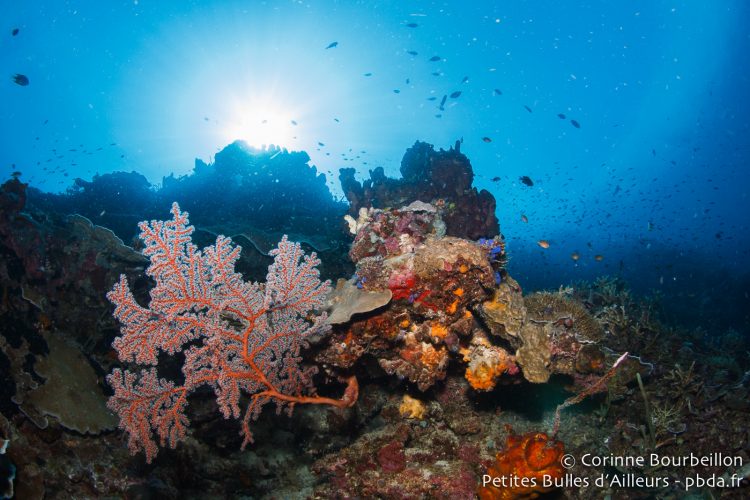 I am happy when I managed to capture a ray of light piercing the surface, to illuminate the delicate intertwining of a giant gorgon, to freeze the irresistible movement of a barracudas bench ...

Kakaban, whom I introduced to you the amazing jellyfish lake, in the previous post, is really worth the detour.

At midday, the sun falls on the top of the reef, providing a spectacular play of light along the wall. 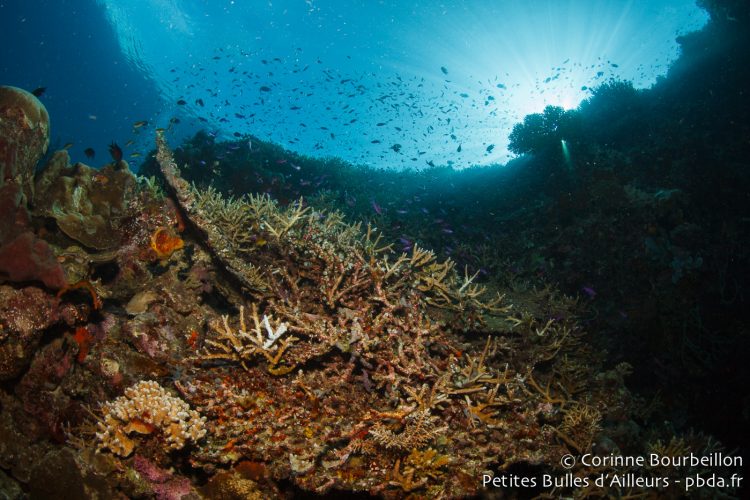 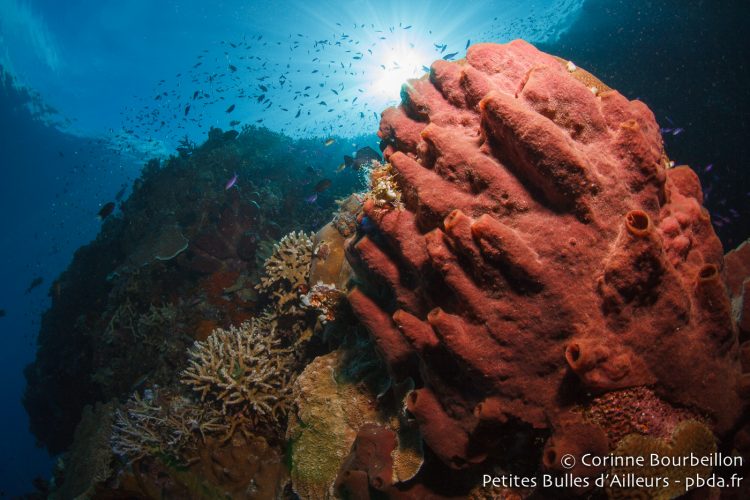 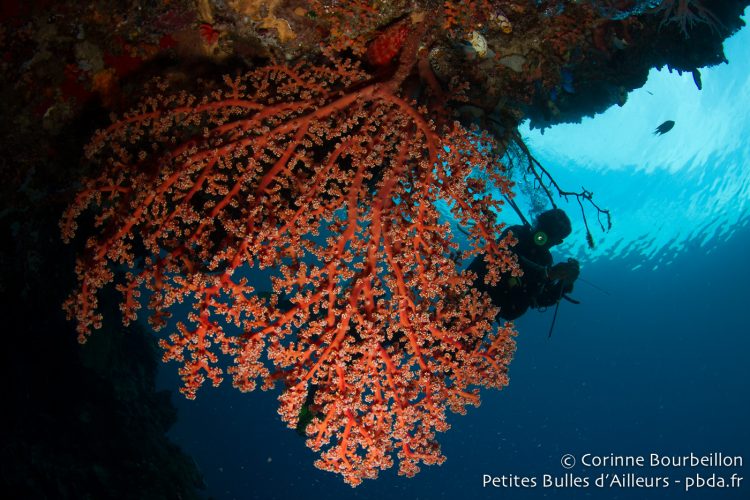 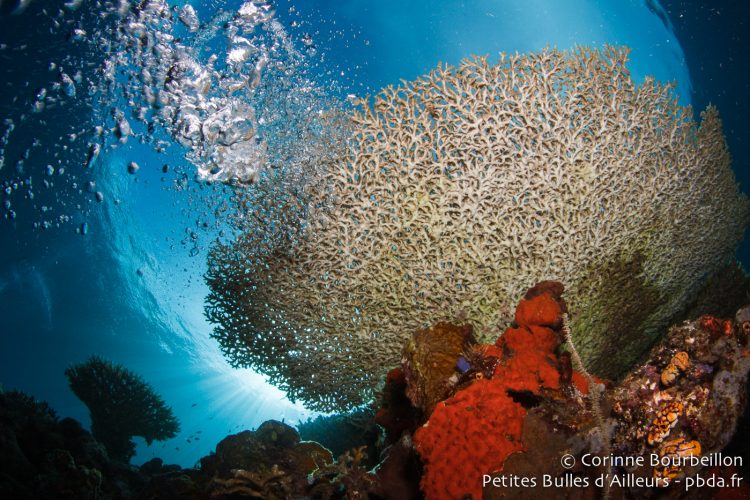 Along the Kakaban wall, there are giant gorgonians everywhere, huge barrel sponges...

The coral is beautiful and my dive buddies gradually accept the life of the underwater model. 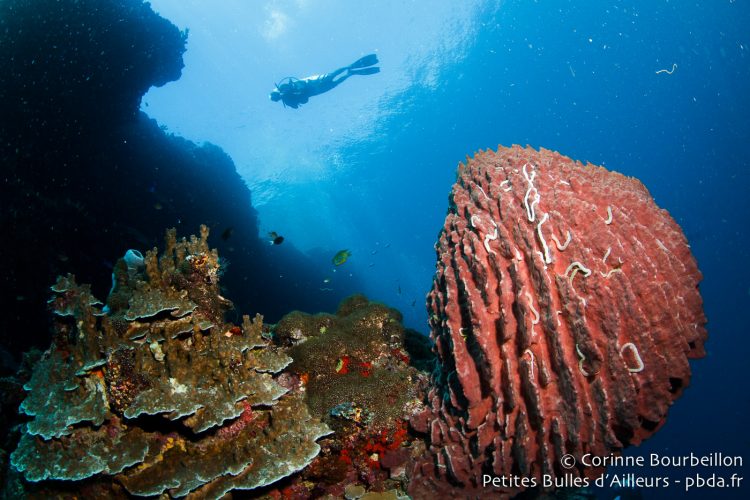 But what they prefer is to pose near the gorgonians... 😆

And then Kakaban has a Barracuda Point, which rarely disappoints. The barracudas are almost always at the rendezvous ... 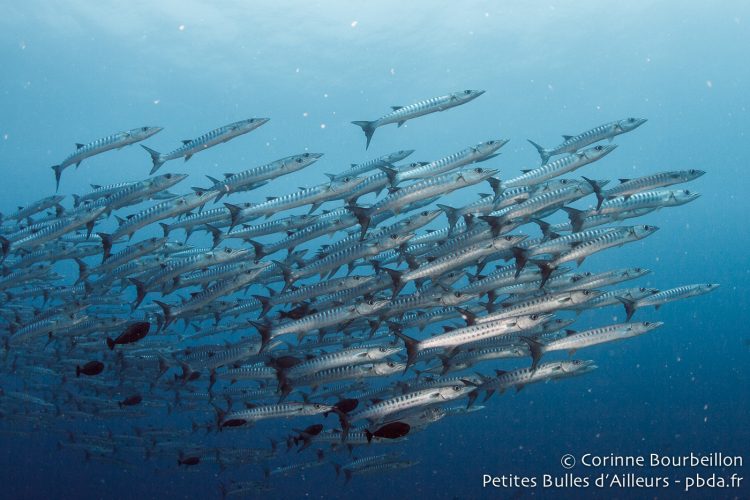 I didn't do a macro in Kakaban and sometimes I regretted having only my fisheye with me. There's also a lot of fun to be had with the usual small tropical fauna: clown fish, moray eels, scorpion fish, flying scorpion fish, butterfly fish, anthias, exotic shrimps and mini-crabs... 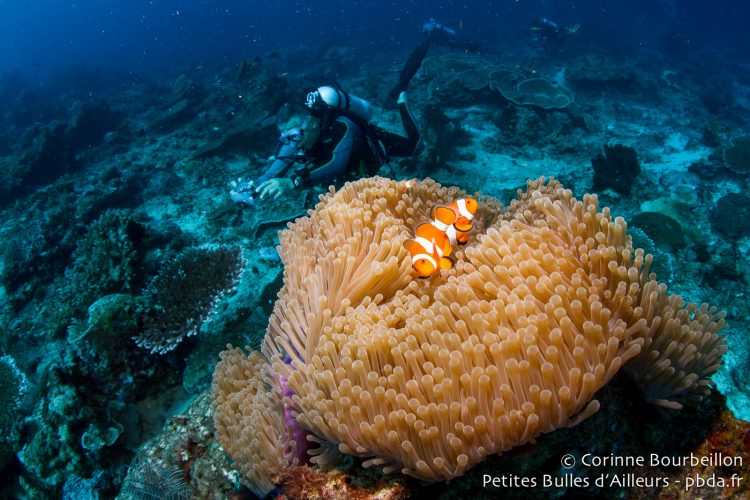 Kakaban also has some big surprises in store that make the heart beat a little faster: twice we saw eagle rays... From a little too far away, alas, no way to take pictures.

As for sharks and turtles, they are less abundant than Sipadan (Malaysian side of Borneo, which I will talk about later), but we meet regularly.

At each end of the dive, when we go back to the light and the coral garden, it's an explosion of life and colors ... 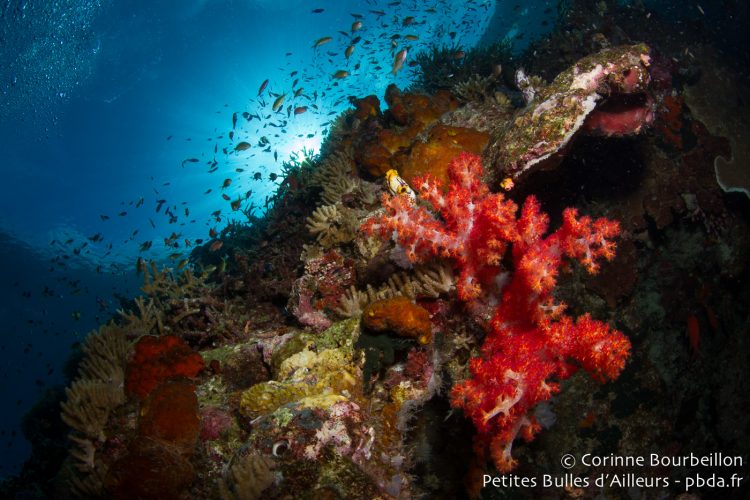 Kakaban has become my favorite spot for underwater photography in the Derawan Archipelago.