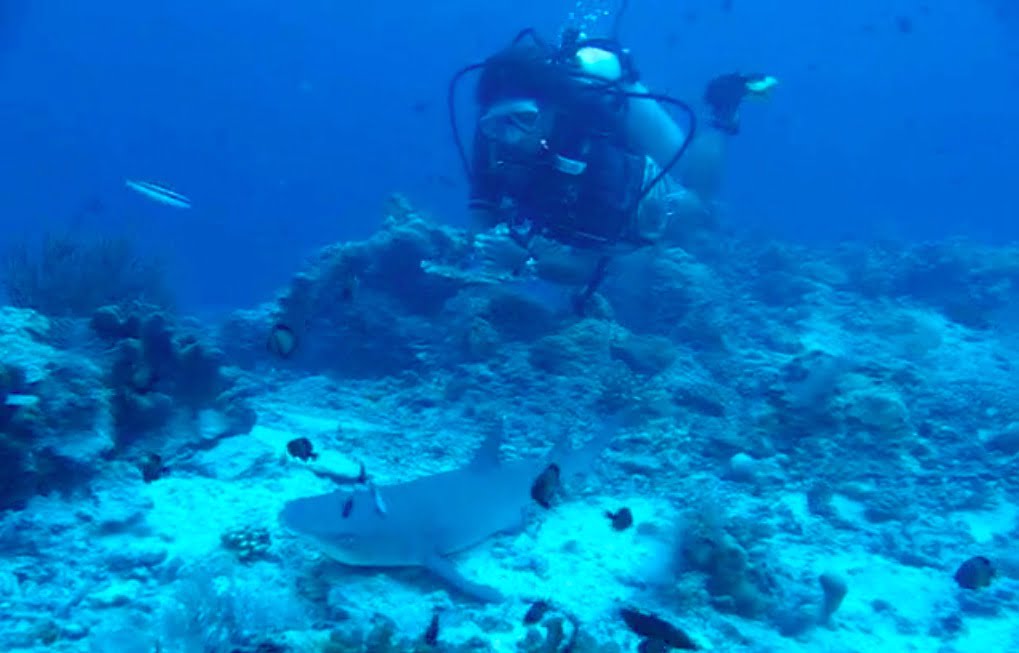 In July, during my stay in Sipadan (Borneo, Malaysia), I had prepared two short underwater videos, thinking to post them in stride. But the wifi from the resort where I was connecting broke down, and the videos stayed on Vimeo. So I forgot about them! Here they are.

These are two short "raw" sequences. I give them to you below, just to be patient, while waiting for the small underwater montages I'm preparing for future posts...

The first shows my buddy Linda, hands clasped over a shark. It was his way of swimming. Always very calm, as in prayer, with his palms against each other.

In the second one, I film a turtle, not at all shy, swimming straight on me and almost jostling me to go on its way! In Sipadan, turtles are everywhere.

A puff of nostalgia invades me by seeing these images.

I diveed there a whole week, staying on the neighboring island of Mabul. I would have stayed there a week more. Sipadan is, by far, the most amazing diving spot I have ever seen in any of the sites where I dive in Asia.