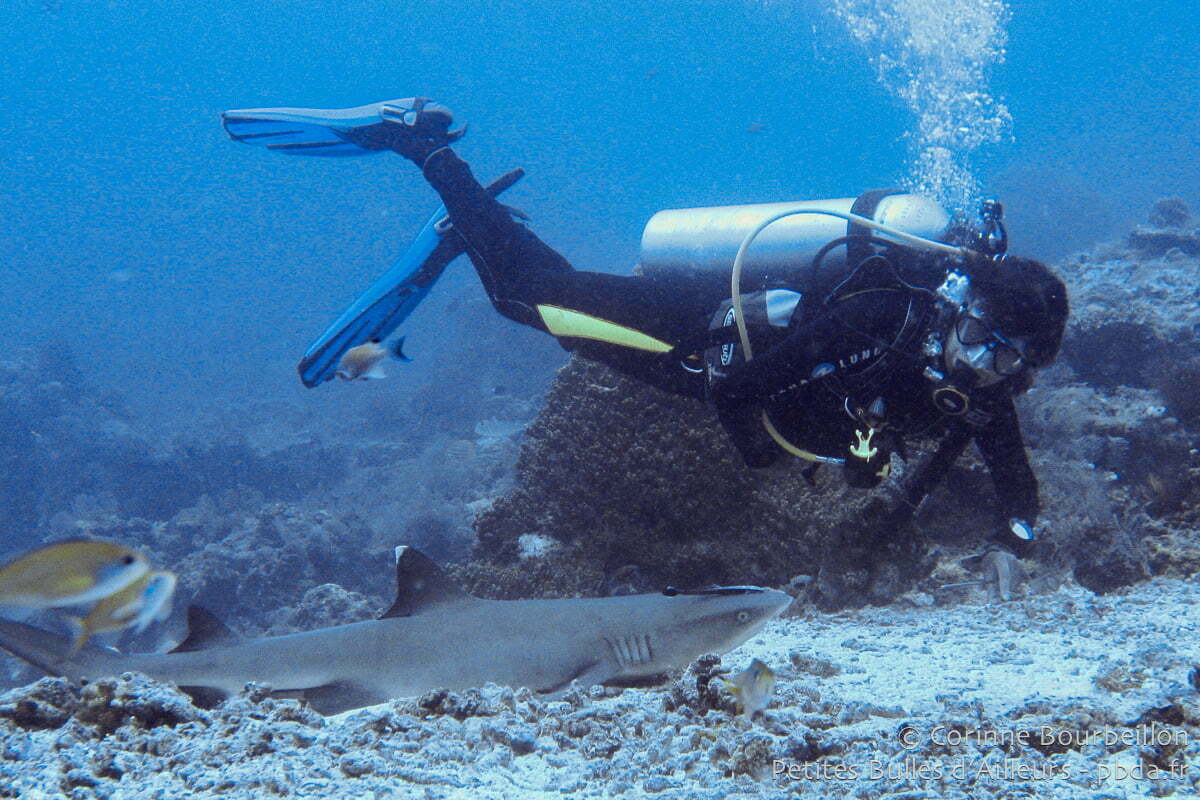 I was dreaming about it, I'm here! I had kept a dazzling memory of my dives in Sipadan, three years ago. The ones today amaze me just as much. Turtles, sharks and barracudas are still there! It's spectacular. And so beautiful!

Ah, Sipadan! A diving spot located in Malaysia, off the coast of Borneo, really unique, extraordinary. It's quite simple: with each dive, it's the almost guaranteed encounter with sharks and turtles...

This is my second trip here. And, as during the first stayI marvel! 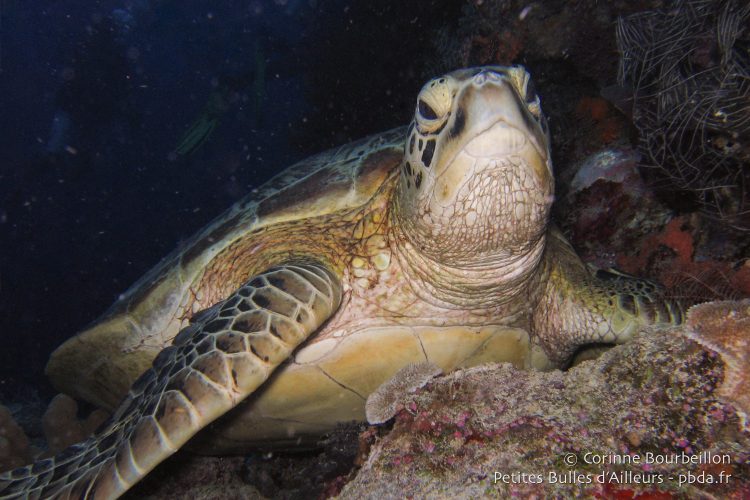 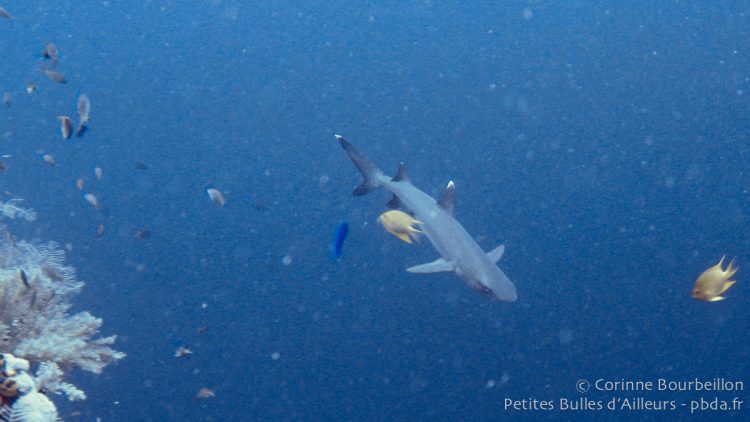 My new "buddy" for these dives in Sipadan is called Linda. She and I quickly became very friendly during this short stay - before, during and after our fabulous dives in Sipadan.

Linda is an experienced diver, who has long been an instructor in the Red Sea. She also knows very well the funds of Mauritius because she has family there.

We were thrilled to dive together, having found that we were well "matched" underwater. We were able to make our dives last quietly, until the end, autonomously, without having to worry about the air consumption of the rest of the group.

Because on such a fabulous site, nothing is more frustrating than having to shorten the time underwater because of more novice divers who "suckle" their air too quickly. Today, for example, I've come back up each time with 90-100 bars still in the tank... Frustrating, I tell you!!!! (For those who know nothing about diving, I had only used up half of my tank, initially filled to 200 bars).

In short, I really fell with Linda as a pair. On this subject, read my little mood ticket for Plongeur.com Magazinepublished in 2010:
→ The diving buddy lottery

Sipadan, this is amazing!

Linda did not know Sipadan. She hallucinated.

Even before the launch, several turtles come to greet us on the surface. When we go down in a garland of bubbles on Barracuda Point, we do not know where to turn.

Banks of fish-drivers and butterfly fish flutter at shallow depths. A huge batfish turns me around a bit to inspect me, then moves away. 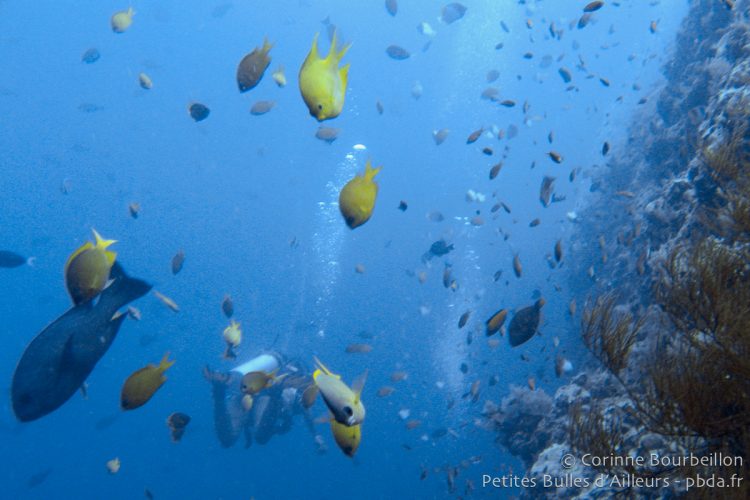 Hafiz, our guide, beckons us to lift our noses. Dozens of humpback parrots stand out in shadow over our heads.

And then we come across a first turtle, which is nestling on the reef, the nose in the coral. Another comes to graze us, light, graceful, with a gentle movement of a fin. In the blue, close, file the gray silhouette of a shark.

Linda points her finger at the beast to make sure that I have seen it correctly. It is a white tip reef shark (also called a coral shark, Triaenodon obesus of its scientific name), the most widespread species, here.

You say I saw him. I'm already filming it, my camera at arm's length. 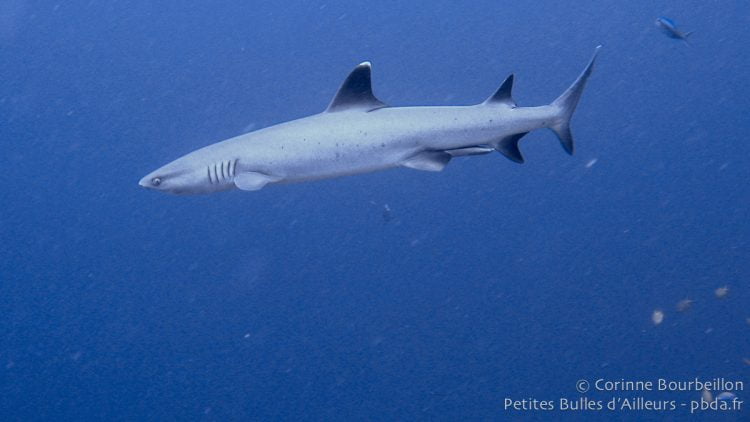 A few minutes later, we come across a school of jacks. A huge school!!! A cloud of fishes that sway around us, wraps us up, then moves away...

But the best of diving in Barracuda Point is ... barracudas.

We fall midway on a large bench of large cattle. They really have an ugly face, with their pointed muzzle full of teeth. The wall of scales scrolls, no end ... Bigre.

And what do I do now for my "reverse field" in the current? 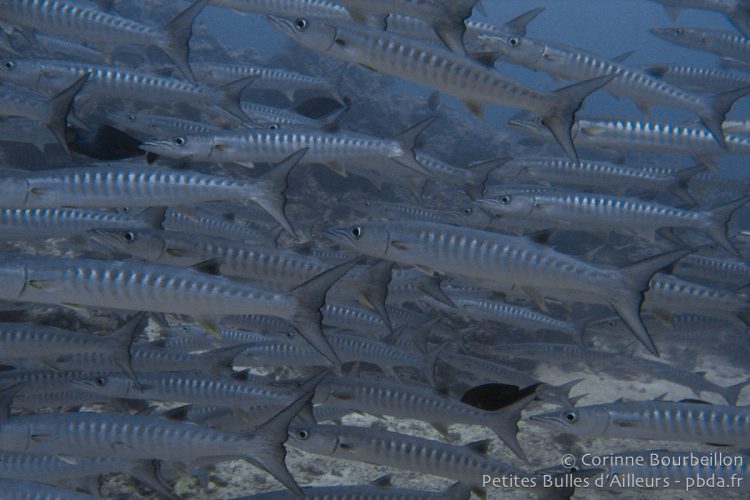 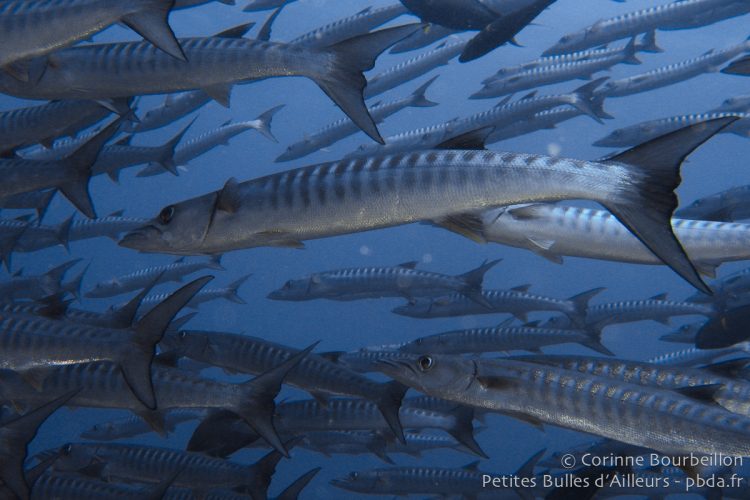 The bench goes away in the blue, leaving us dumbfounded, amazed.

Linda turns her head back, performs a small dance of joy.

A little further, we arrive at a cleaning station. It is a plateau of debris of coral and sand mixed, which contrasts with the rich life of the reef. Small fish cleaners and other needy shrimp are at work.

The sharks come to rest there, on the bottom, to be made a beauty. If they don't feel disturbed, they stay there, quiet, without moving. The coral shark is one of the few sharks that does not need to swim constantly to breathe. 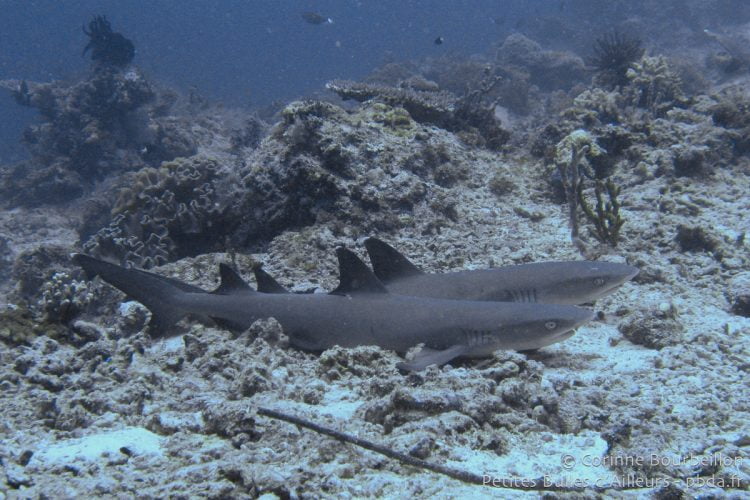 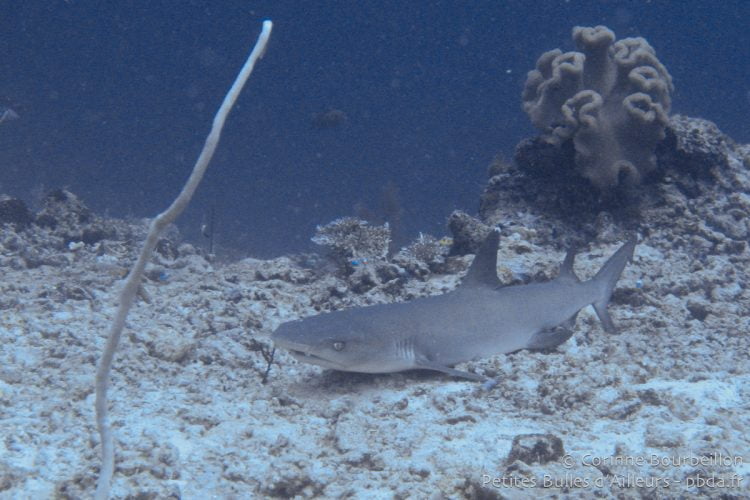 The opportunity is too beautiful. We approach gently, not to scare the critters ... And we go the camera.

Posing next to a shark, I love it! 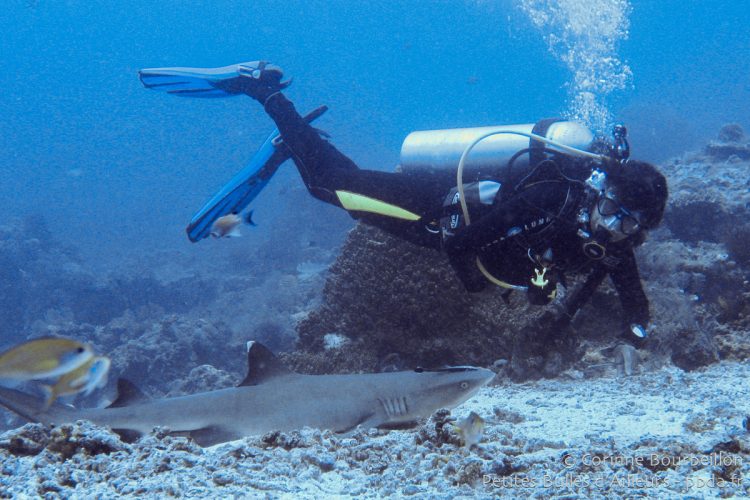 Linda, as if in prayer, observes one of the sharks with her hands joined ...

Small update : I returned to Sipadan in 2013, four years after this 2009 stay... And the sites have remained exceptional, with sharks, turtles, barracudas and jacks in a mess! But I was also better equipped for underwater photography, with my Canon Eos 7D in its boxI've acquired some much more spectacular pictures, like the ones below... And I still managed to get my picture taken with a shark! 😆 All my articles about this new trip to Borneo in 2013 can be found here :