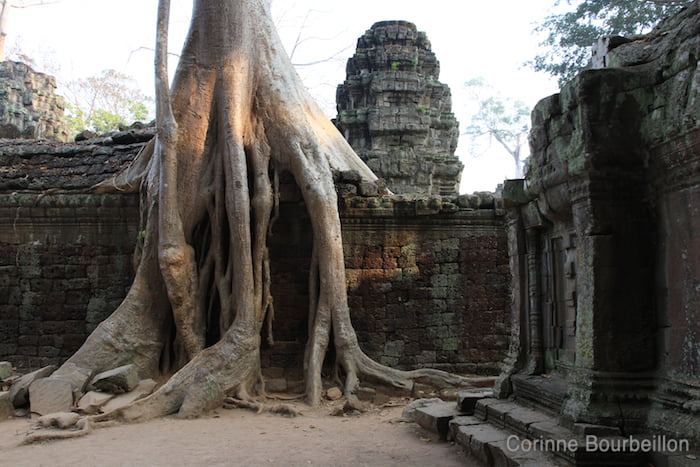 the Ta Prohmthe roots of the trees embrace the stone. I love this temple of Angkor, where you can almost think you are an explorer, discovering mysterious ruins buried in the jungle ...

When the plant marries the mineral

Here, the vegetable marries the mineral. They became completely inseparable.

Over the centuries, the roots of the cheese and fig trees have taken possession of the place, strangling the doors and galleries in ruins, creeping into all the interstices, imitating the shapes of the temple. The roots seem to have "flowed" along the stone walls.

The trees have sometimes destroyed, sometimes supported the walls. A slow and spectacular fight between nature and architecture ... The half-collapsed walls and the giant trunks create a unique, magical, a little fantastic atmosphere.

The result is beautiful.

Ta Phrom, among all the temples to visit in Angkor, is in my eyes the most moving, the most aesthetic, the most fascinating.

This is my third visit, several years apart, and each time I have the same thought: this is really my favourite. I've always loved playing Indiana Jones... 😁

Preserved as is for the "picturesque".

When the Ta Prohm was rediscovered at the beginning of the 20th century, archaeologists from the Far East French School who worked on the Angkor site decided to leave the temple as is, as "concession to the general taste for the picturesque.".

Even though the temple has not been restored like most of the other monuments of Angkor, it required work: the ruins had to be stabilized to make them accessible to visitors, while maintaining this quality. "state of apparent neglect.". 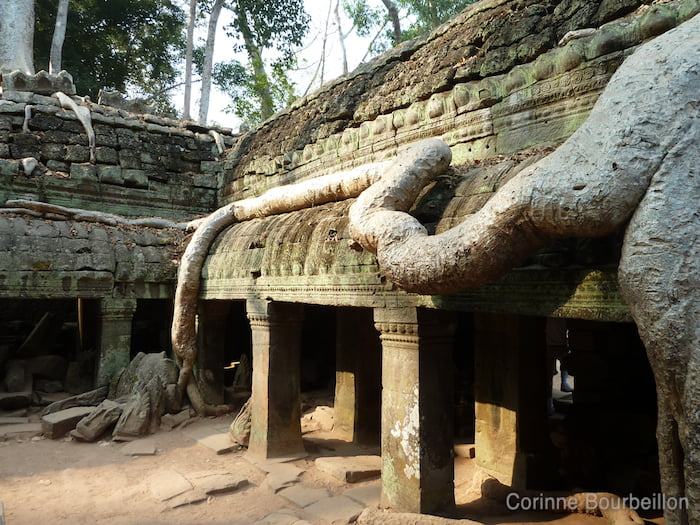 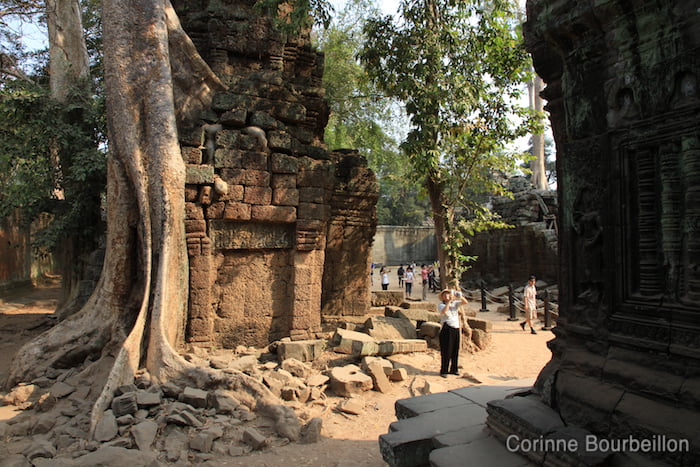 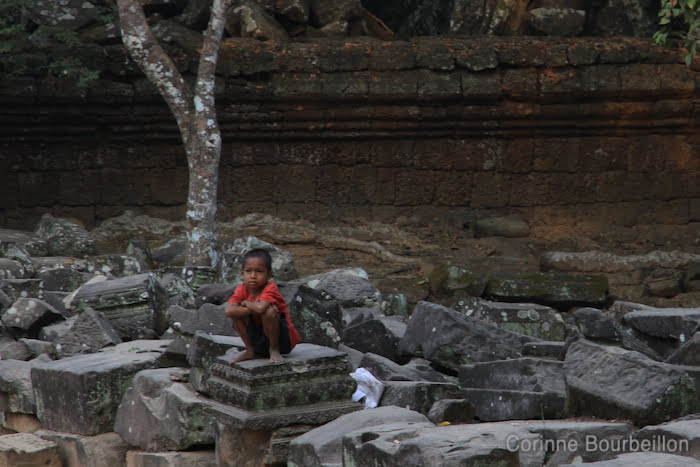 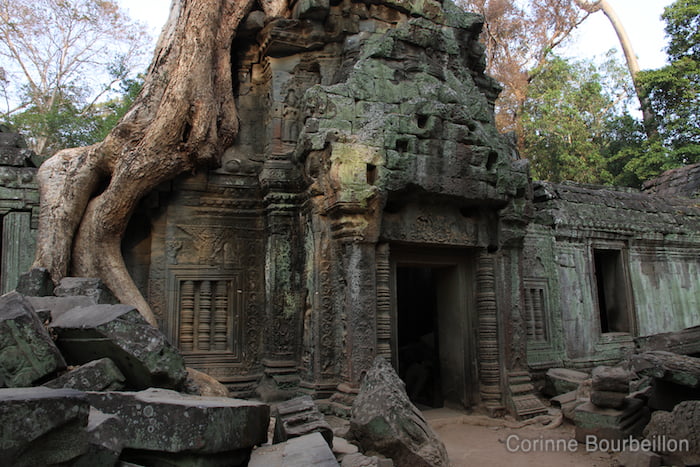 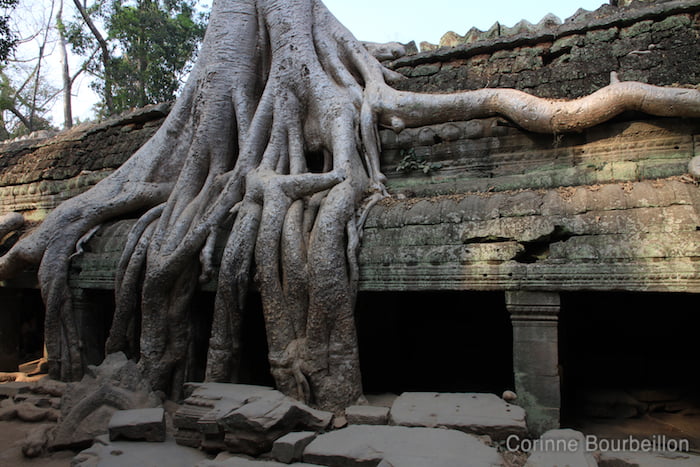 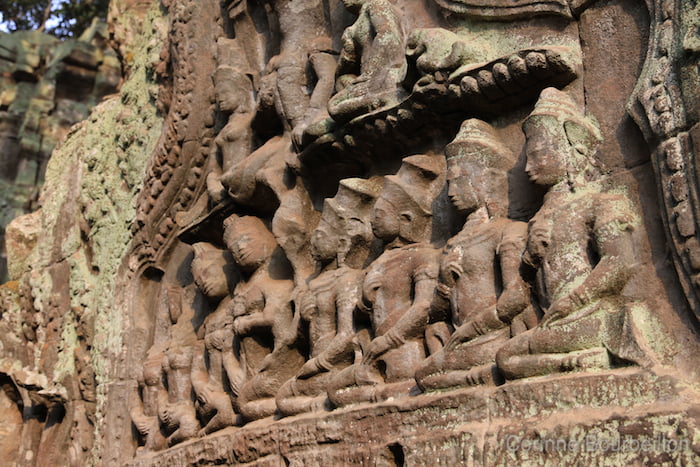 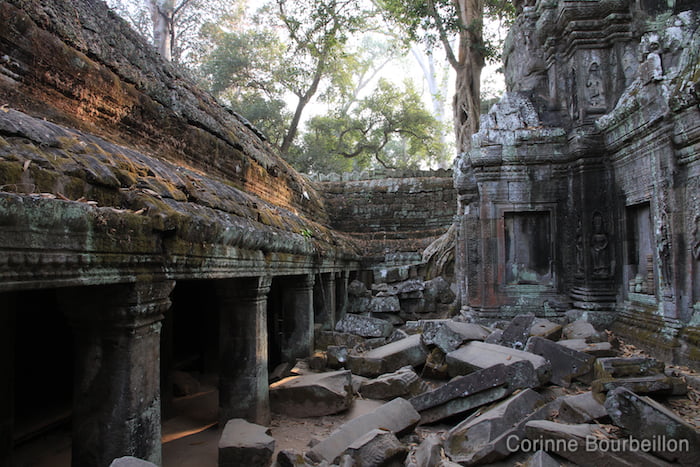 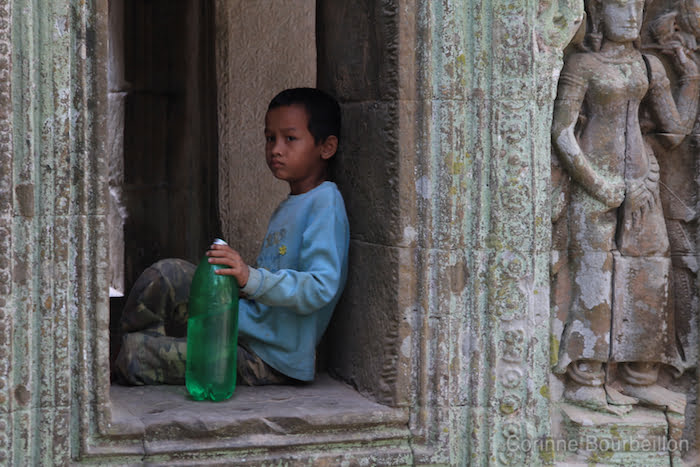 A "picturesque" too arranged?

But, but... I admit: I was a little disappointed, compared to the memory I had of my previous visits, in 2001 and in 2003. Because we do not walk anymore as we want, at Ta Prohm.

Wooden walkways, gates and safety cords were placed everywhere on the site. Heaps of passages are now denied access. There is also a signposted route for the visit, with small signposts.

And, how can I put it... It kind of breaks the "explorer" mood I liked so much. 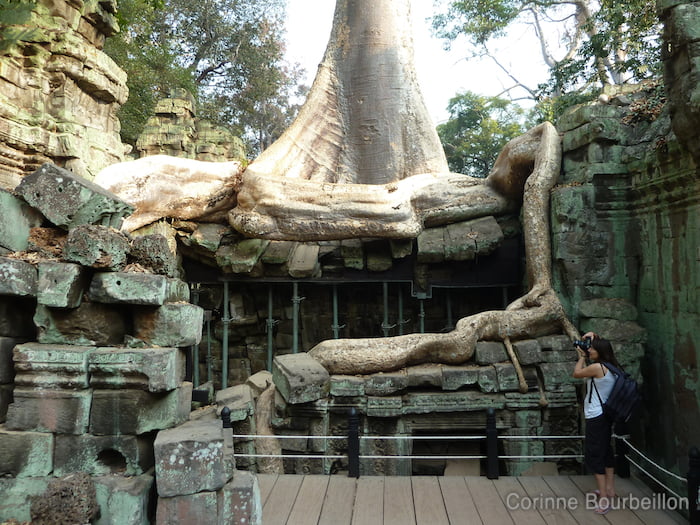 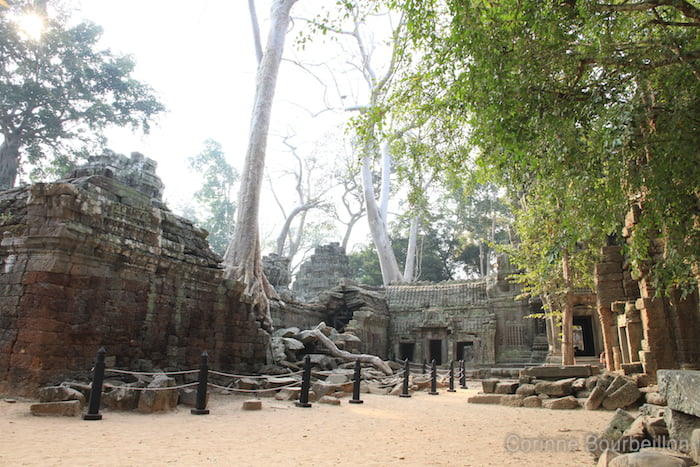 The temple remains bewitching all the same, in the early hours of the morning, when the visitors are still rare.

The light and the heat go up little by little ...

The invaders tumble to Ta Prohm

So, after a first exploration, we want to return to admire the big root of the gallery, the door entwined by the fig tree ... and here is the drama. 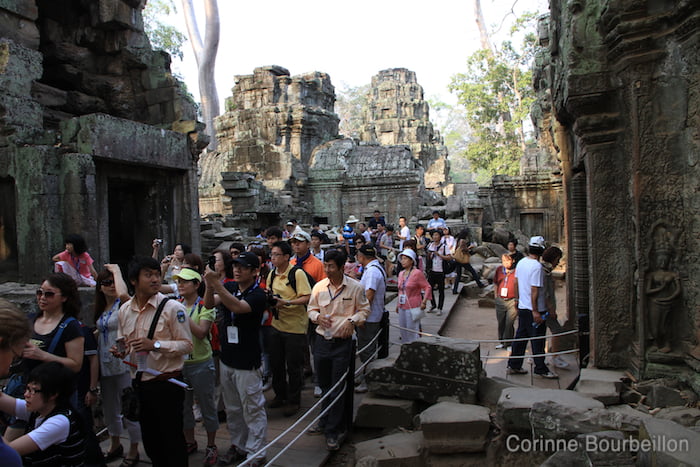 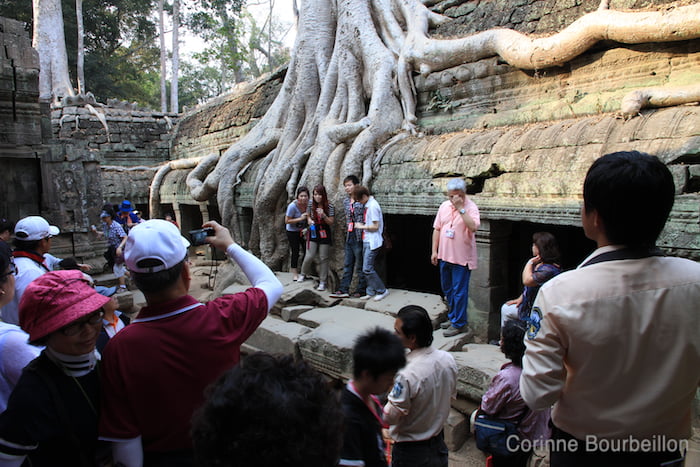 I should have known that all these pretty wooden platforms, which prevent you from tripping over fallen stones, had not been installed just for me ...