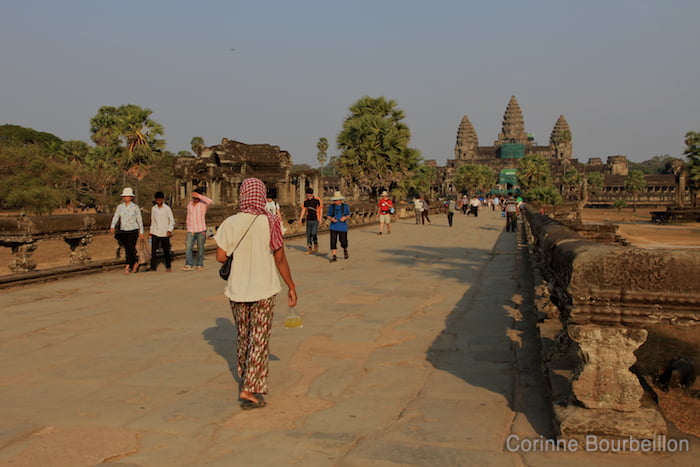 Angkor Wat It's the most famous temple, the biggest, the most visited. It has even become a national symbol: its towers adorn the Cambodian flag.

But Angkor Wat is not my favorite temple. In fact, it is especially beautiful from a distance, in the perspective of the immense pavement of the entrance, where its five towers seem to form only three.

By the way, it's no coincidence that everyone makes their pictures in the same place. Just in front of a poor little pond, remains of the basins of yesteryear, located on the left side. By framing well, we have the illusion that the temple is reflected in a lake. Eh eh…

You almost have to take your turn, on the edge of the pond, among all the other tourists, to take "the" picture.

I did like everyone else. A little disappointed, anyway, to have pretty green tarps (work in progress) in front.

In the heart of the city of Khmer kings

Angor Wat (the word "wat" or "vat" means "temple") is immense. It is the largest of the city of Angkor, former capital of the Khmer kings of Cambodia.

Built in the 12th century, it was later converted into a Buddhist monastery. It is now a UNESCO World Heritage Site. The tourist affluence is at the height of its fame, necessarily. To enjoy it serenely, again, it is better to get up early and come at the first light of the day rather than at the end of the day, as we did.

But the light is beautiful, late afternoon. And there are a lot of funny scenes to watch on the main roadway of the entrance.

Inside, one appreciates the half-light and the refreshing breath of the air which sneaks by the pillars of the windows.

At the endless mythological fresco that goes around the gallery like a stone comic, I prefer the elegant sculptures of the apsaras, the celestial dancers, with their hairstyles worthy of modern mangas and their bewitching smiles. 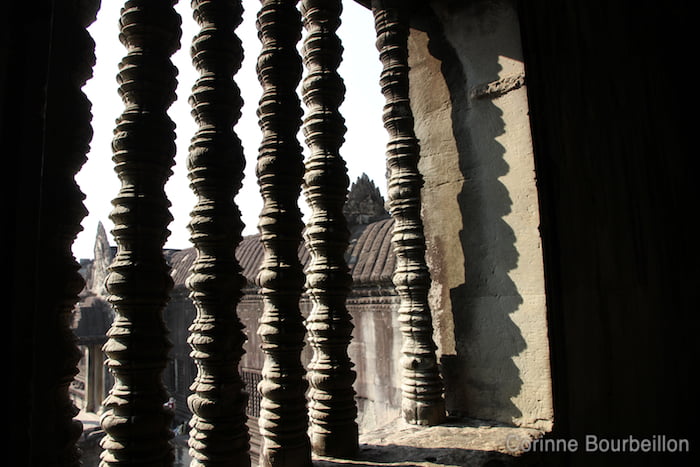 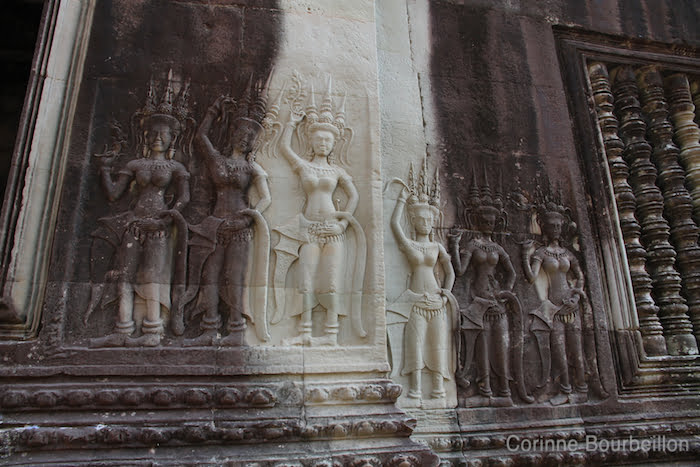 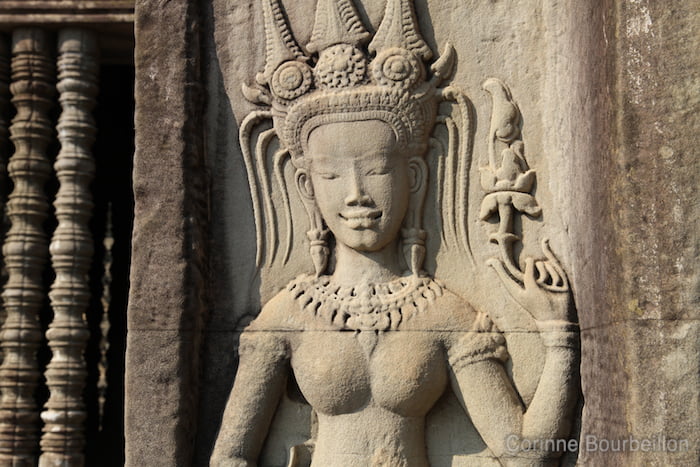 I'm glad I saw Angkor Wat again. But then again, I shuddered when I discovered a tourist crowd that was much denser than I had imagined... I am preparing a little special series on the subject!