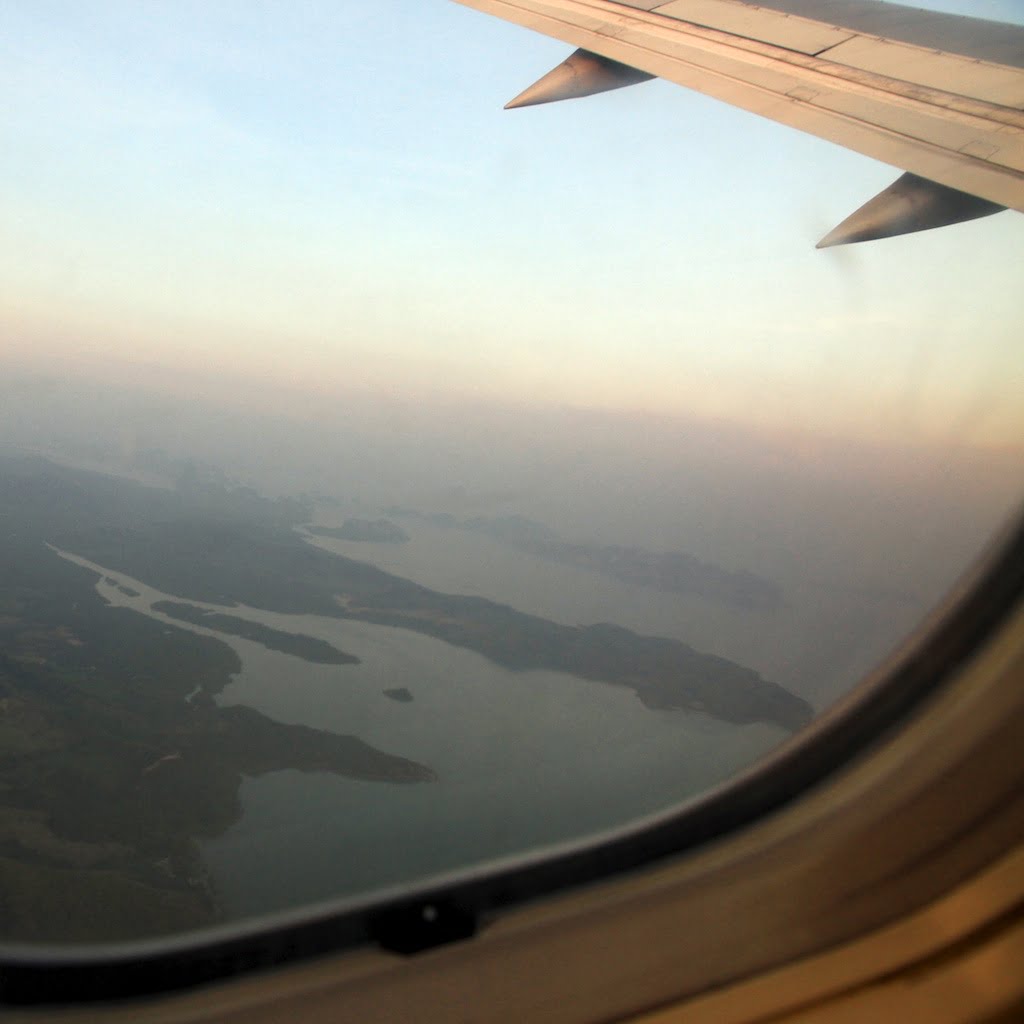 Funk in an airplane

This trip to Cambodia and Thailand will have me take six planes and three airlines (Malaysia Airlines, Bangkok Airways, AirAsia). Usually, I'm not too scared, I'm not not too much trouble flying. But there, I had a big fright at the return, on the section Phuket - Kuala Lumpur ...

I had fun to recompose my trip video (a nice feature ofiMovie (You can plot your route on a globe).

Our project, with the friend who accompanied me: arriving in Cambodia and leaving Thailand. An "open jaw" flight in airline jargon, with different entry and exit points. We opted for Malaysia Airlines, hence the stopover in Kuala Lumpur. That's four planes, for the outward and return trip between Asia and France.

Then, to go from Cambodia to Thailand, two additional flights were added:
→ Siem Reap - Bangkok (on Bangkok Airways)
→ Bangkok - Krabi (on AirAsia)

My friend went back to France a week before me. I was lucky enough to be able to extend this little holiday... And I took advantage of it to dive, of course! (I'll come back to tell you about it in the next posts.)

So Friday, after spending ten days in the south of Thailand, I embark on flight MH791 of Malaysia Airlines. Takeoff from Phuket scheduled for 18:10, arriving in Kuala Lumpur about an hour and a half later.

We take off and I'm ready with the camera. The overflight of Phang Nga Bay, bristling with small islands and rocky peaks, is always spectacular.

I have no particular apprehension about the moment. I'm near a porthole, behind the wing. The plane is no longer young, it shows, the wing has large gray traces and several riveted pieces visibly added reinforcement or repair. But hey, nothing suspicious.

And then, as I start to photograph the bay, a little disappointed that it is already too dark, the device tilts to the side to initiate a turn. The feeling is always a bit odd, but the maneuver is classic after a takeoff, when the plane must change direction to follow his flight plan.

That leans, then. Normal.

I have twitches in my right ear. I drag a little otitis, usual bobo dive. I have been making nonstop bubbles in the Andaman Sea these days. With the altitude and pressurization of the cabin, the pain wakes up. Normal.

The plane's tilting too much, way too much right now. It's not normal. Commercial airline pilots don't normally do acrobatics, do they? There's passenger comfort, security, all that...

The balloons are going full throttle, the acceleration is brutal. I find myself right at the bottom of the seat. Oh, my God... Oh, no! This is not normal at all!

I take a look at my neighbor on the right. She has a funny face. She too, she feels that something is not normal. 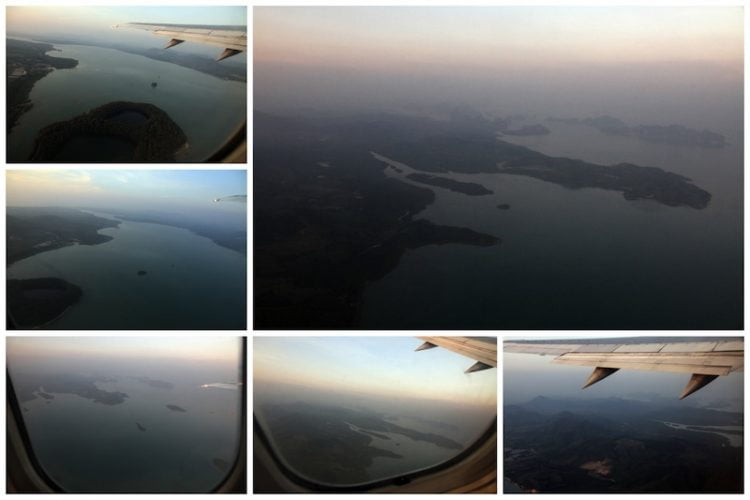 This atrocious turn lasted a few seconds, no more. The heart misses a beat, the stomach turns, the funk nestles deep in the guts.

And then the plane recovered, stabilized.

We are no longer clad in our seats. We dare to breathe again. My neighbor sketches a pale smile, her hands clenched on the armrest.

The speaker sputters. "This is your captain speaking... We have a technical problem, so we are now flying back to Phuket, to solve this problem. Please keep your seatbelt fastened. I repeat : we are going back to Phuket. Be ready for landing. »

Nervous laughter rises in the ranks before me. My neighbor is pale.

Technical problem? He wants to take the plane back to Phuket? And he's still going to be able to land? What's the problem anyway? Is it serious or not? For him to decide to come back, it can't be a small problem. More like a big problem, even.

There, the funk starts to grow serious.

The minutes that follow are long, very long. We lose altitude, not too much turbulence, the aircraft descends to the sea, gets back in the axis of the track, it vibrates a little. Full silence in the plane.

And everything is going well. We land normally.

Of course, everyone lets go and applauds frantically once we are posed. Not me. Neither my neighbor. We are not at the show, no, but.

After, we stayed an hour locked in the plane, the time they repair ... Come and go of mechanics and types equipped with walkie-talkies, between the back door and the cockpit. I do not know what the technical problem was. We did not have precise explanations.

Then the captain simply told us that the problem was resolved, that we left. We took off again in the same aircraft. My neighbor and I did not laugh at all. We would have preferred to change aircraft.

Flight without history. But I was more than tense, all along. Big big relief, when we finally landed in Kuala Lumpur ...

Fear has its reasons that reason does not know

I wasn't (too) scared on the next plane from Kuala Lumpur to Paris. I was on the alert during the whole take-off phase. I pretended to sleep during the turbulence. And a little sleepy when it became calm again. Not even a movie to watch to think about something else during the more than 13 hours of flight: their entertainment system was down... (Bah! As long as the engines and everything else is working, we're not going to complain!).

Come on, there's nothing to freak out about: the year 2010 would have been the safest of the entire history of aviation, according to theiata, the International Air Transport Association. North America has a ratio of 0.10 accidents per 1 million flights, Europe a rate of 0.45, North Asia 0.34, Asia Pacific of 0.80, South America of 1.87 and Africa of 7.41.

Otherwise, there are a lot of nice sites to cure (or not) your fear of flying:
► Crash-Aerien.aero
► Air-Valid.com
► 1001crash.com
► PeurAvion.com
► SkyTrax
(Last site above added on the advice of the other girl, the one who took the same flight, without incident, a week before me. I quote her: "The best airline website. Besides, they don't talk about crashes. » 🙄 )

Curiously, the more I take the plane, the less reassured I am. It's the body that speaks, the instinct for survival, I do not know ... There is something not very natural to steal, in fact.

I leave you with Anne Roumanoff, who explains it very well!