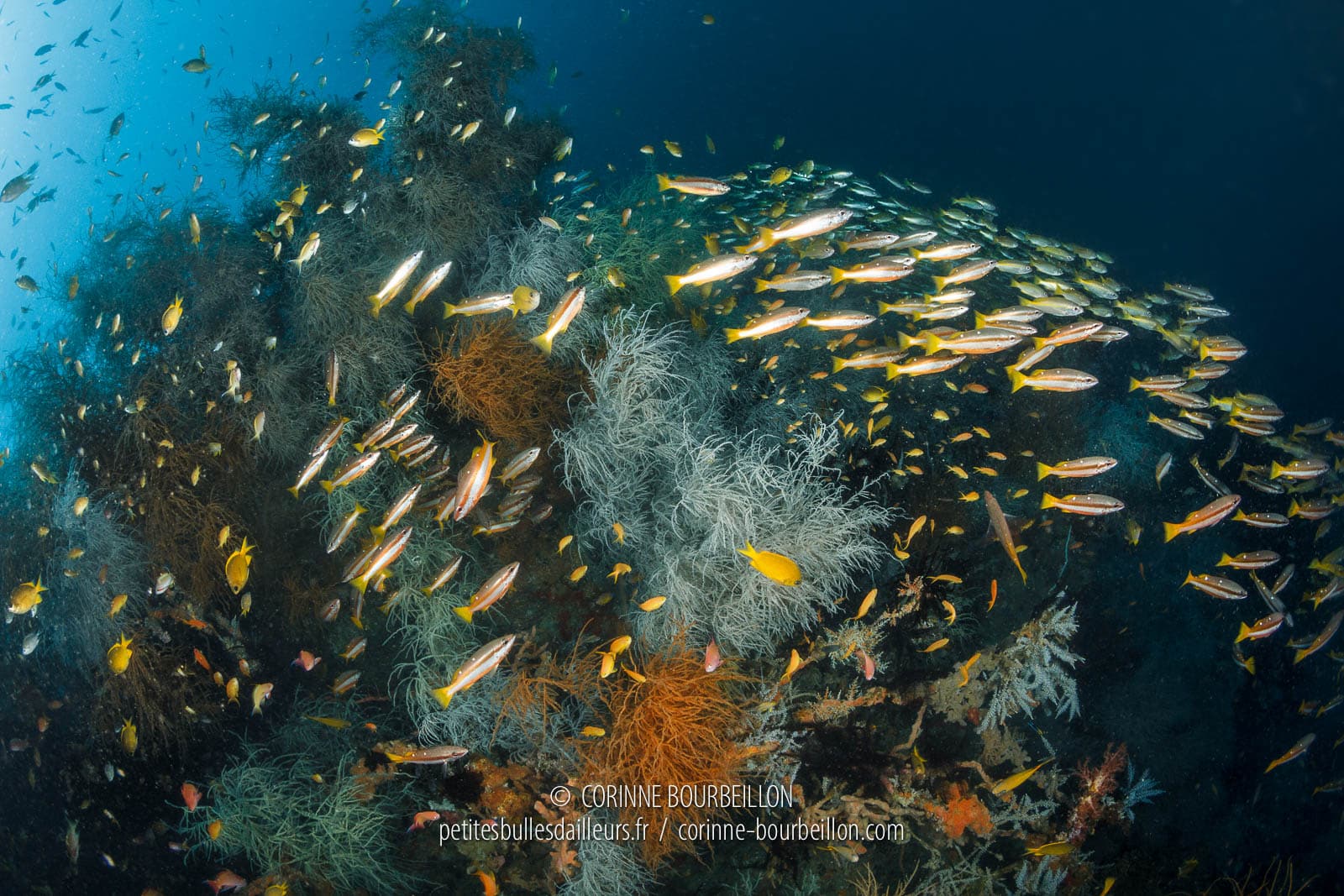 I miss salt water, so I'm diving back these days with a sense of nostalgia in my last underwater pictures from the Philippines... It was a year ago, in early 2020. Before the health crisis and the closing of the borders.

Yes, I was really lucky: I was able to fly out to the Philippines at the end of February 2020, and come back without a hitch a fortnight later. On the eve of the first lockdown in France and at Manila.

I spent there two weeks diving and exploring underwater sites of several islands of the archipelago: South Leyte (Sogod Bay), the southwestern part of Cebu (Moalboal), and Northeast Palawan (Pangatalan).

Since then, the coronavirus has paralysed everything, and time has run out. I published an article in September 2020 about the Sea Academy project set up by the Sulubaai Foundation on Pangatalan Island in the digital evening edition ofOuest-France. But I had not yet written anything about this trip here, on my personal blog, a trip that seems so unreal to me today...

Better late than never. One year later, I finally decide to start a series of posts on this blog... It was about time!

Back to Sogod Bay, twelve years on

First stage of this stay in March 2020: Sogod Bay, in the south of Leyte Island.

Those who have been following me on this blog for a long time may remember it: this is the famous "Whale Shark Bay" that I discovered twelve years earlier, in 2008 (without spying a single whale shark).

To see and see again... I confess, I was not disappointed. I even found Sogod Bay more beautiful than I remembered. The region has remained authentic. The dives were wonderful. This is the kind of place that really boosts your spirits.

To occupy my days in Sogod Bay, I have planned some activities:

I will detail all this in several posts in the coming weeks... 😉

If you're on Instagram, you can also check out the story about Leyte that I posted live at the time...

February 2020, no restrictions for travellers yet

When I arrived at Manila Airport on February 29, 2020, there are information panels on coronavirus for travellers, but no special measures, except for an information form to fill out and a temperature check.

A lot of people wear the mask, which doesn't surprise me and doesn't worry me. It's a habit that is already well established in Asia since previous SARS outbreaks. But when I disembark, the mask is not yet mandatory, and there are no health restrictions on travel in the Philippine archipelago either.

So I begin the holidays with a certain amount of carefree enthusiasm... Little did I know then that the Covid-19 epidemic would take on such a scale and last so long. 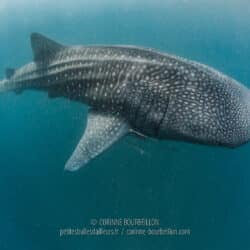 Back to Sogod Bay Scuba Resort

The domestic Manila-Tacloban flight that takes me to the island of Leyte is not very long (1 hour 20 minutes), but there are still several hours on the road afterwards to reach Lungsodaan, a village in the municipality of Padre Burgos, in the very south of the island. Twelve years ago, I came by sea, by night ferry from Cebu. And at the end of this new stay, it is also by ferry that I plan to leave again, to return to the island of Cebu.

In Padre Burgos, I am pleased to rediscover the Sogod Bay Scuba Resort (SBSR), where I had already been in 2008. This small diving centre, with adjoining restaurant and rooms overlooking a beach of dead corals, has remained simple and welcoming. I celebrate my return with a well deserved mango juice, in front of the bay.

It's an Australian-Filipino couple, Phil and Darlene McGuire, who run the shop, with a very nice young Filipino team (the Englishman Ron Sparkes, co-founder of the resort with Phil, and with whom I had dived in 2008, passed away in 2014.)

I put below some recent photos of the SBSR, posted on Facebook by Darlene. At the time of this writing (February 2021), the resort can once again welcome divers, after long months of closure, anti-Covid restrictions beginning to ease in the Philippines (but the borders are still closed to foreign tourists for the moment).

At the SBSR, the atmosphere is friendly, relaxed and without fuss. Diving trips are done in small groups on a large bankga (Filipino traditional double-outrigger boat). And in Leyte especially, we are far from the tourist hordes which rage elsewhere, on other islands of the archipelago much more popular...

There's quite a bit of wind in the south of Leyte at this time of year, but that doesn't stop us from sailing across the bay or diving. The best preserved and most beautiful sites are the reefs in the marine sanctuary of Napantao (Island of Panaon) located on the east side of the bay, just across from Padre Burgos, and those on the island of Limasawa located south at the entrance to the bay.

About 10 kilometres long, Limasawa is also a place of historical and religious significance. This is where the Portuguese navigator Ferdinand Magellan has reportedly made the first lasting contact with the indigenous population on 28 March 1521, just before Easter, and where the first Roman Catholic Mass was celebrated in the Philippines. The event, which 500e anniversary is to be held on March 31, 2021, marks the beginning of the Christianization of the archipelago.

Every day, in the evening, I carefully prepare my underwater camera housing for the next day's dives.

Twelve years ago, I was not equipped as I am today. My small compact camera at that time didn't really allow me to make underwater scenic images. So I was focused mostly on the "little" during my 2008 stay in Sogod Bay. This time, it's different. Every night, I choose to set up my camera in a "wide angle" configuration. I want to capture the special atmosphere of the coral reefs.

Photographing them has become my great passion... The more I dive, the more they fascinate and amaze me. And I am well aware of their fragility. The damage caused in the world by overfishing, pollution and global warming (corals bleach and die when the water is too warm) have increased to an unprecedented extent in recent years.

Between the Indian and Pacific Oceans, the "Coral Triangle" of which the Philippines is a part, has already taken quite a beating. Despite all this, it's still the place on the planet with the greatest diversity of coral species. There's still life, abundant in some places, and there's still hope: the ocean is capable of resilience, if we let the ecosystems regenerate.

More to read → Diving and protecting the ocean

I stayed six days in Sogod Bay, five of which were spent taking underwater pictures. So I leave you with these diving memories in pictures, and I'll be back to tell the rest very soon...

On the left, Limasawa Reef. On the right, a large gray antennae perched on a tubular sponge. (Sogod Bay, Leyte, Philippines, March 2020)

See also ➜ Diving trip : all my adventures since 2006

You can leave me a comment below, and if you want more, all the posts about this Philippines trip are available by clicking on the link below: