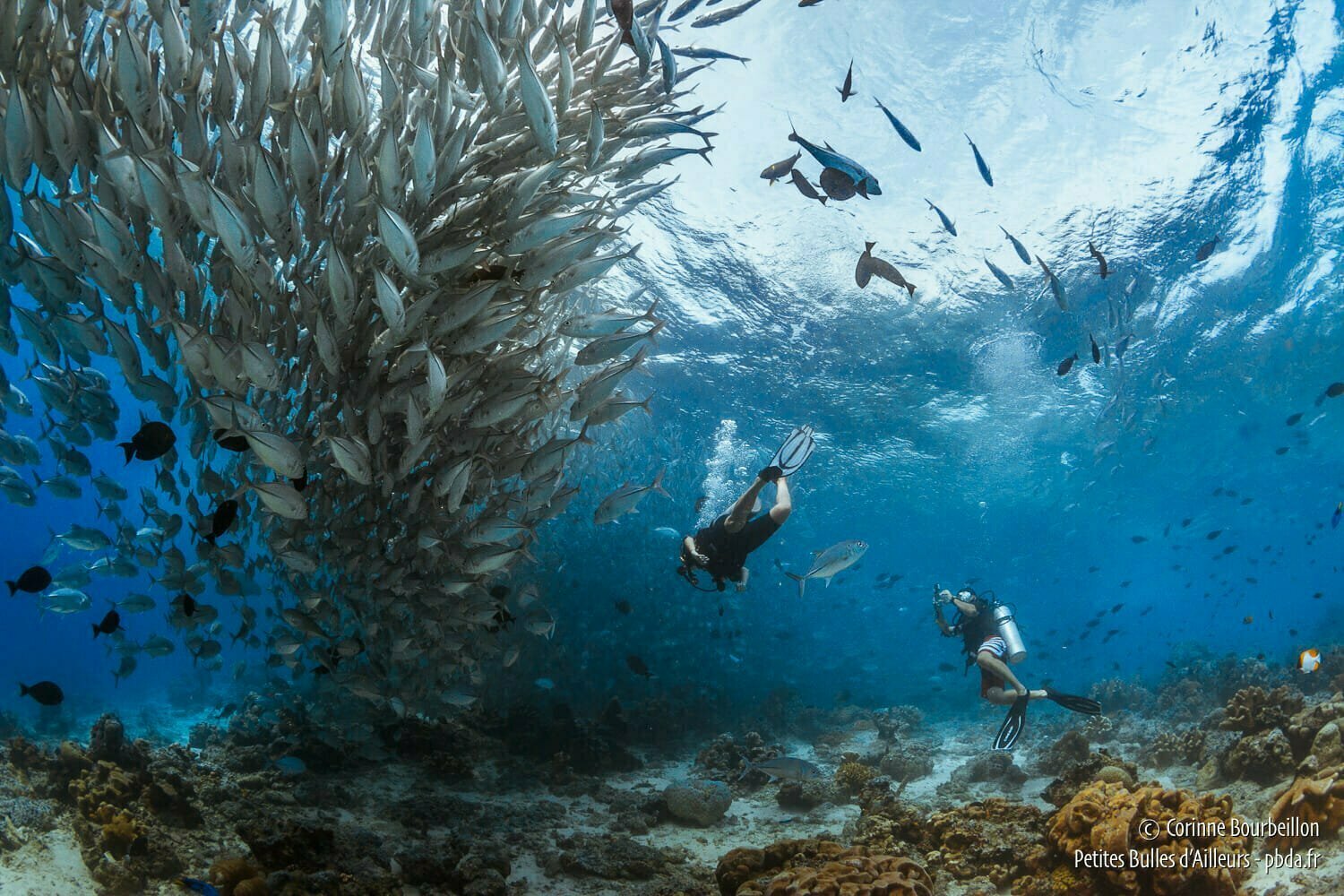 This small island off Borneo, in eastern Malaysia, is one of the most renowned diving spots in Southeast Asia. Cousteau is the first to have explored it in his time. Today it is a protected site that attracts divers from all over the world. I put it in my little top 3 staff of the best dive sites in the Indo-Pacific area, with Raja Ampat and Komodo.

As for the neighboring islands of Mabul and Kapalai, the dives have nothing to do with the big show offered by Sipadan, but they remain very interesting for the muck-dive and the small fauna. What mix photo macro and wide angle with happiness ...

I already talked a little bit about this new trip and my impressions underwater in the previous posts:

→ A video, a shark, a minute
→ Diving in the blue of Borneo

New compared to my previous dives there in 2006 and 2009: I have this time my Canon Eos 7D with me. A beautiful toy acquired in 2010, with the waterproof box that goes well to take him under water ...

I gave myself to my heart, question photos, with this impressive whirlpool of jacks. The bench is easy to see, as it usually stays at about the same spot in the shallow area near the reef.

It's a show I do not get tired of. See this mass of silvery scales split in two, regroup, stretch, reform, roll into a ball and start again is absolutely fascinating. I was able to photograph and film this big school of jacks on each of my trips to Sipadan, in July 2013. And it gave me the impression of being even bigger than in previous years ... ????

We also regularly come across a school of barracudas, which play hide and seek in the blue or near the reef. The encounter is more random, however. Sometimes, we don't find them at the site they are supposed to be, Barracuda Point... But it happens that they appear unexpectedly, during another dive. A small preview in the video below:

I had the chance to meet him three times during my dives this summer. But there, the bench seemed to me less spectacular, less fat and less dense than the years passed ...

Would it have decreased, or is it just part of the bench, or was I more impressionable then? It's hard to say.

Anyway, in Sipadan, the dives are systematically exceptional. They really are. You get a real kick out of it. Impossible to get in the water without coming across dozens of sharks and turtles!!!

It's so huge that it's become a joke, and some divers pretend to be jaded at the end of the day. ???? "Yeah, well, sharks again, it's completely overrated. Didn't we see that yesterday? And the day before yesterday too. And all these turtles, they're really everywhere... It's a bit boring, we don't even pay attention to them anymore... "

I marvel endlessly, my heart beating with each new immersion. Such an abundance of turtles and sharks, concentrated in the same place, it's magical! 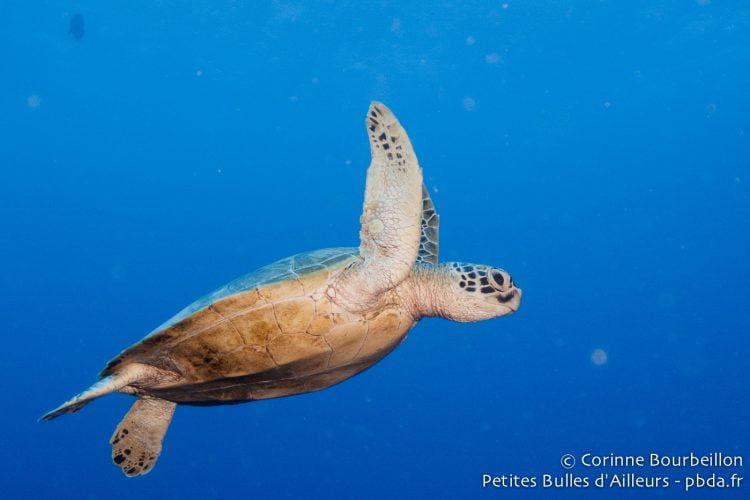 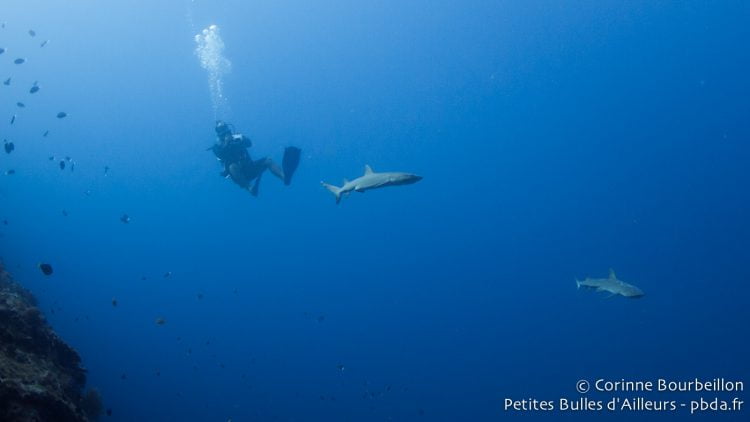 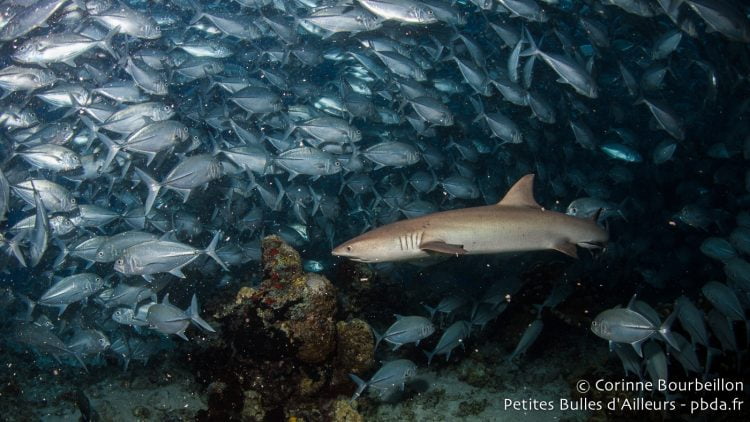 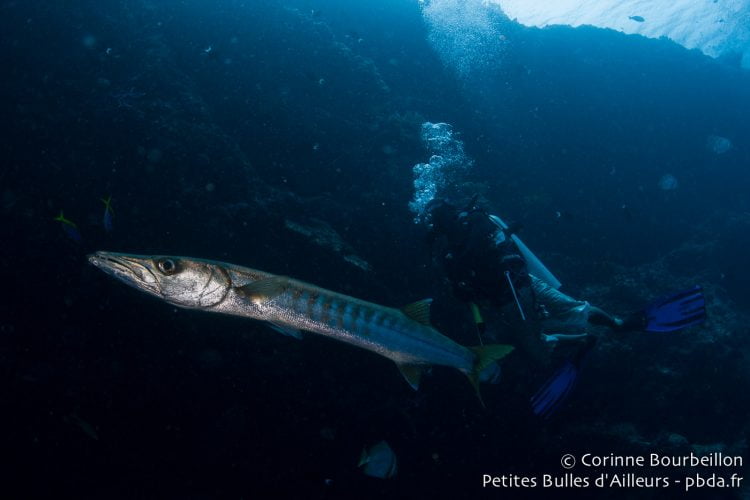 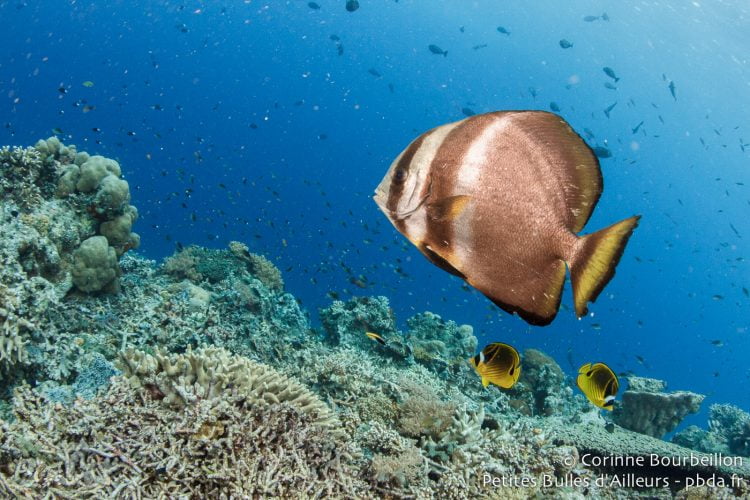 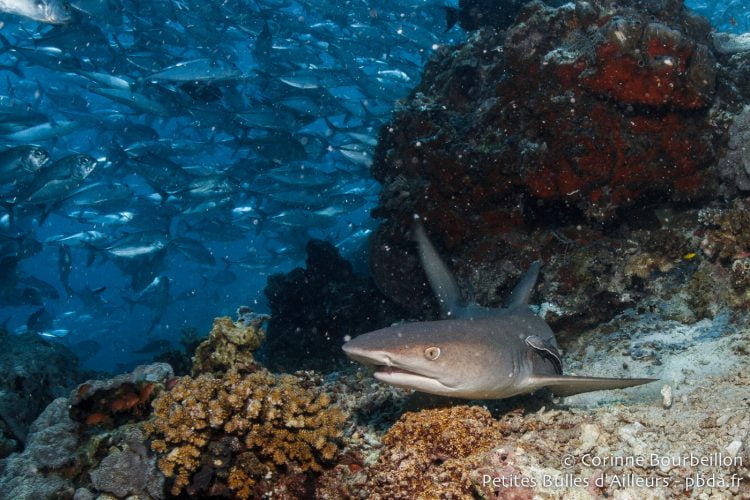 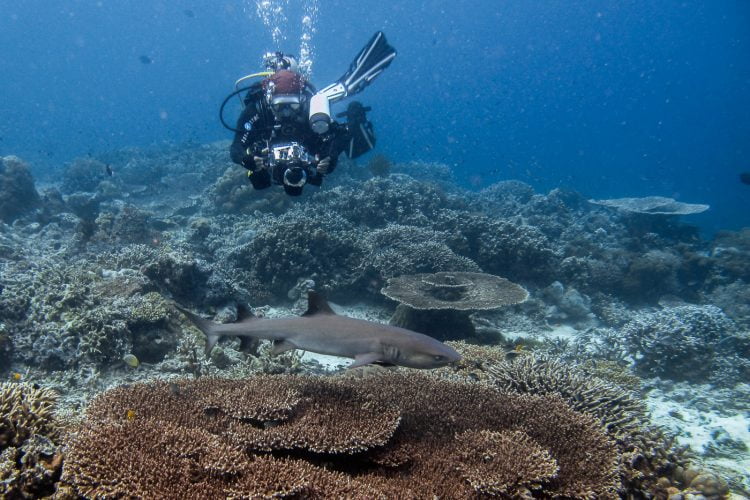 Thanks to one of my diving companions, Vicente Garcia, for the picture above, where I can be seen in action, filming a white tip reef shark (or coral shark)! (And the video that goes with it is here.)

This third trip to Sipadan delighted me. I would be ready to go back a fourth time ... (And it will surely happen.) I am very pleasantly surprised to note that despite its popularity, the site has not deteriorated over the years. I really feel that the funds are as spectacular as when I first visited in 2006.

See also → All my articles on Sipadan

This incredible underwater wealth is due to the particular geological situation of the island, as well as the measures taken to preserve the site, by limiting in particular the number of divers and visitors to 120 per day ... A quota that seems to bear its fruits.

I tell you this in the next post, read here → Divers under supervision in Sipadan