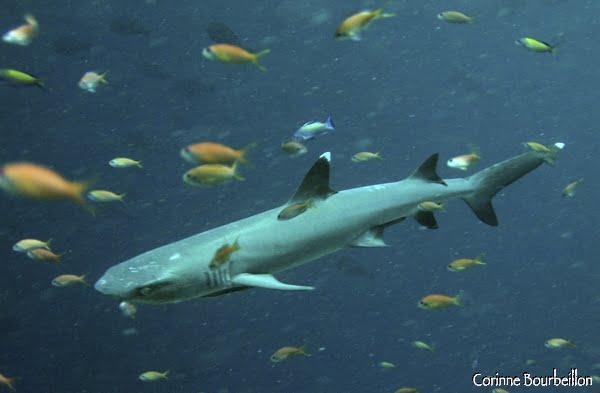 The big day is here. Today, finally, I dive in Sipadan. The site does not usurp its reputation. It is spectacular. Sharks and turtles galore. Fish everywhere. All along a vertiginous "wall" where corals abound, which sinks into the blue.

The island is actually the summit of a limestone peak that plunges 600 meters below the surface. The falling is about 25 meters from the beach.

This is where the boat drops us, on the site of Barracuda Point. 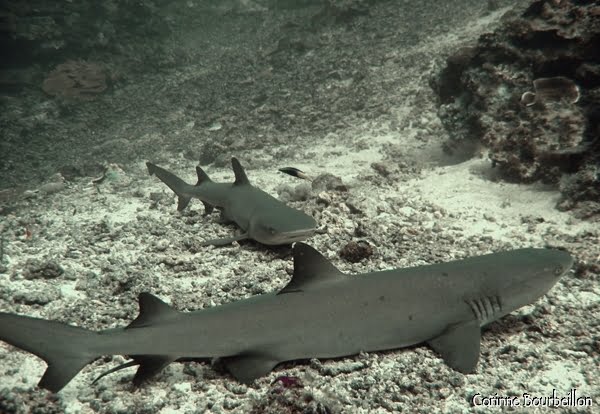 I am in partnership with Sabrina, a very nice French girl. She has barbed for about ten months in Southeast Asia and, between two stages in Thailand and Malaysia, she fell in love with Burma and Laos.

She is an experienced diver, and like me, she does photography. It counts, nothing, and it adds to the pleasure of diving, to be with someone on the same wavelength. It's annoying when you are flanked buddy not comfortable with the current or the big beasts, and that scares the fish too much to stir under the water ... In short. She and I are perfectly synchronous for this mythical dive.

The first impression is breathtaking (figuratively speaking, of course, it's better to keep breathing in your regulator!). I don't know where to put my head. The reef is teeming with life. 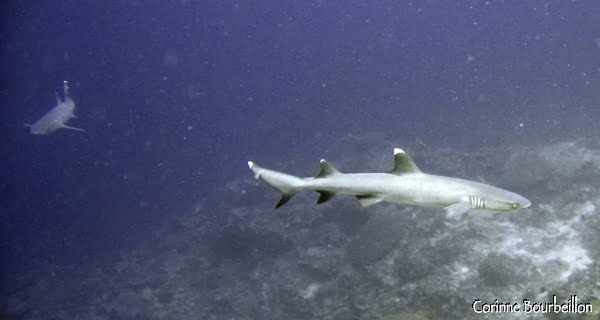 We start by descending in the zone of 30 meters, where reef sharks, gray and white points meet. The heartbeat is accelerated when the first shark's shadow comes in, which is very close to the divers, then moves away, with a soft lateral ripple of the tail.

And then Mike, our dive master, bangs on his bottle with his iron rod. Ding, ding. He gestures us to raise our heads. A huge barracudas bench above us.

But here comes another shark, and then two others, in the other direction. Damn. I should have removed the flash. My picture is missed, the beast went a little too far. I get drunk with my camera, go to video mode and film another white tip who has the goodness to go straight to me ... (See the video below, at the end of the article.)

We then go up to a huge coral plateau, in the 14 meters zone. There, there is big and small.

Sharks, always, who come to rest on the bottom. Turtles, everywhere. There are so many that you feel like stepping on it. They are the biggest I have ever seen. 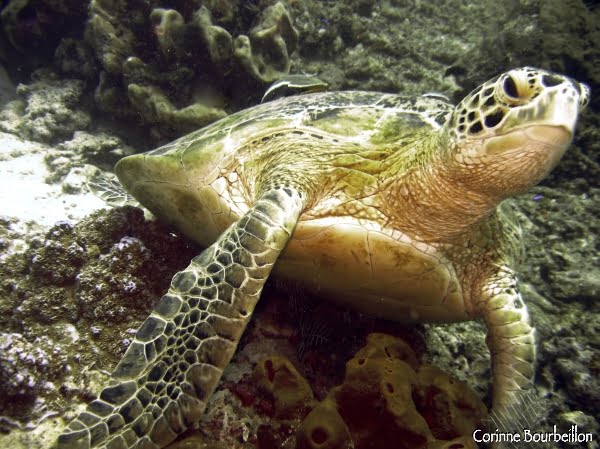 And then here the hunt for smaller animals among the corals resumes: moray eels, frog fishes, shrimps, porcelain crabs, nudibranchs, garden eels who leave their small eel head sand like so many tiny periscopes (it is necessary at all costs that I find the names in French) ... 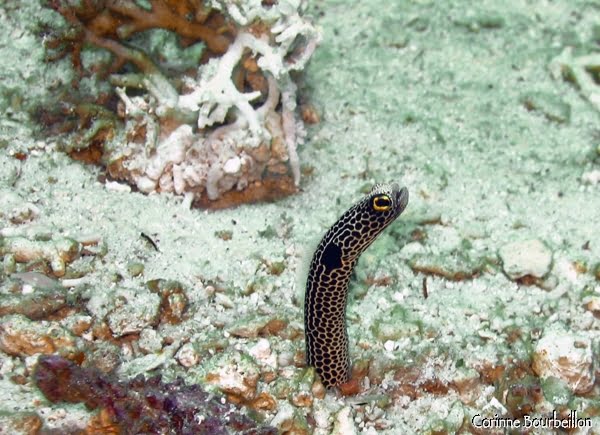 Ding, ding. Ding, ding. Mike has something to show us every 30 seconds. I don't even have time to take my pictures quietly anymore! 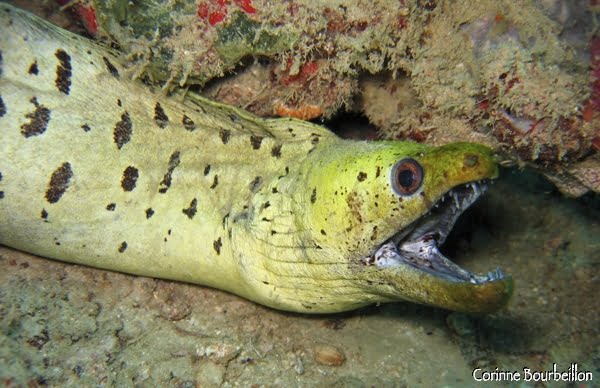 The dive at Barracuda Point ends smoothly in shallow water on the coral reef, teeming with life and colors.

The usual tropical fauna is there: angel fish, triggerfish, parrot fish, clown fish, diagrams, groupers and even a huge greenish napoleon with its hump on the forehead... 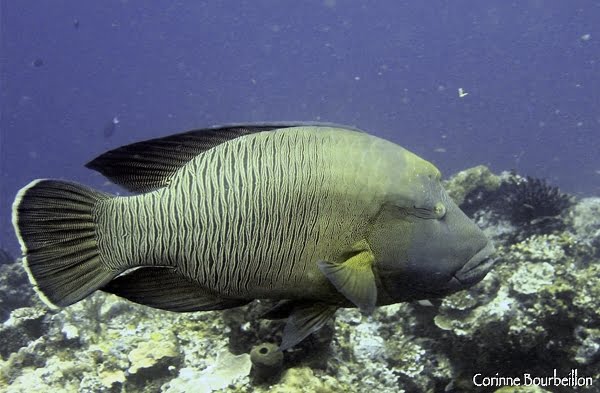 A "wall" of barracudas

I will check it the following days, during another dive: in a crazy current, which forces us to cling to the reef and makes us float like little flags in the wind, we contemplate, amazed, the interminable parade of an enormous school of barracudas. 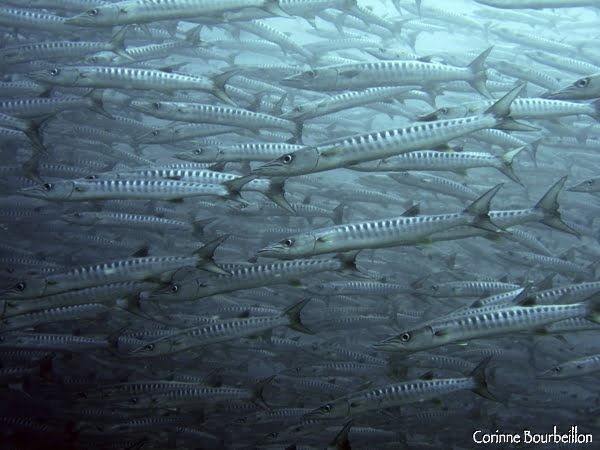 An impressive wall of quick-silver, dense, formed of a moving mass of fish with the mouth patibular, all swimming in the same direction, propelled at high speed by the current ...

As a bonus, then, a little video of the Sipadan sharks:

I returned to Sipadan, three years after the dives I tell you about above. New stories, photos and films... Here are the links to these more recent articles: