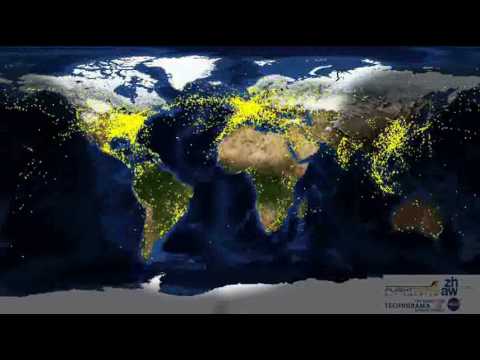 Traffic jams of the sky

That's it, I've got my e-ticket for Thailand! This new escape bubble is getting real. It will be the end of February! But while continuing to browse the web, I came across this: an animation showing the air traffic on the planet for 24 hours.

I'm not afraid of flying (although... it can happen, read the article I've linked below). I'm usually pretty amazed like a kid. I can't believe seeing something like that rip off the ground and be in it. When I was little, I wanted to be an astronaut, that's for sure! 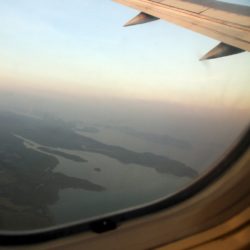 Funk in an airplane

Now that I'm grown up, I'm fascinated by landscapes that become miniature, the lights of the cities that pierce the earth's darkness, the ocean of clouds on which the sun always shines, the deep blue of the sky full of stars, the chase with day and night ... Between two films, I watch with feverish flight map, time zones, altitude, speed and progress of the machine, updated live on the small screen.

My only anxiety came in the final phase of the landing, when the plane still rolls on the track and began to brake. I'm always afraid of the uncontrolled slip.

Nevertheless, this small animated map full of yellow, made by engineers of the University ZHAW in Switzerland, left me thinking. I know that the scale of the map and the simulation of 24 hours in 72 seconds distorts the thing. But then again, even the Falcon 900 of our Prime Minister narrowly avoided collision with a small tourist plane on Sunday evening... Bah! I won't be flying over American territory with all that yellow on the map and I'll take off in the evening when the skies over Europe are less crowded.

But I have a better picture of the scale of air traffic all at once. One day, I will free myself from time, a lot of time, long months, to fulfill an old dream: to go to Asia by land...