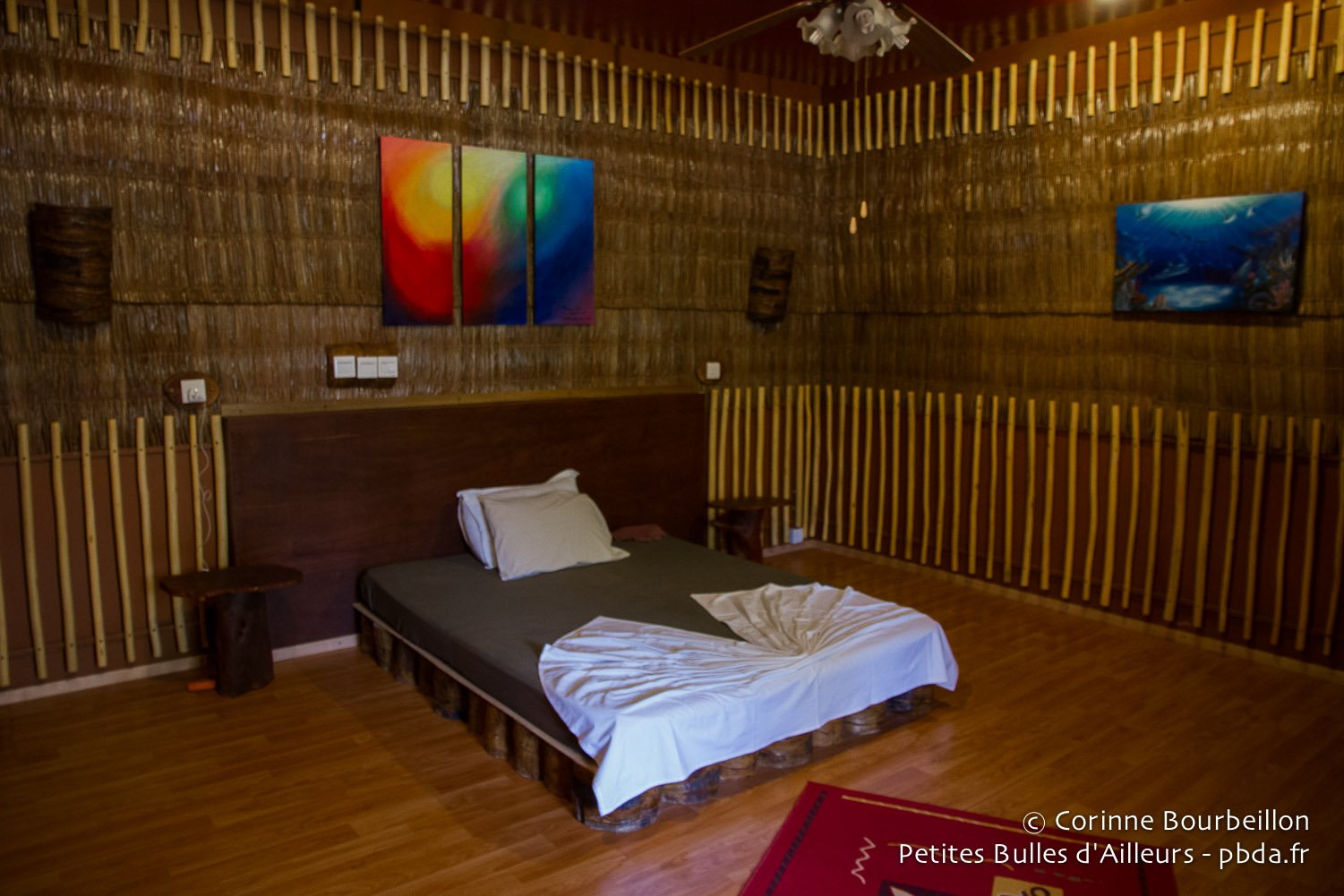 My guesthouse in Maldives

The Maldives for not (too) expensive ? Possibly. There is an alternative to the luxury hotel islands: the guesthouses of the inhabited islands.

New tourism in the Maldivian archipelago

I discovered the Maldives in February 2014. A new destination on Bubbles Underwater & Beyond ! 😎

In the South of India, this immense archipelago at the water's edge is known for its luxury island hotels and resorts, overpriced, cut off from the local population, frequented by very wealthy tourists and honeymoon couples.

The Maldives has long opted for luxury tourism, taking care to limit contact between foreign visitors and the local population. But this is changing. Recently, locals have been allowed to open "guesthouses", ranging from boarding houses to small tourist hotels.

These guesthouses have multiplied in recent years, and there is now a choice, from north to south of the archipelago, for independent travelers. You can stay in the villages of the inhabited islands and discover the real lives of "real people".

This is the option I chose for the first week of my Maldivian trip! Before giving myself a second week more chic on a cruise-diving boat... ????

So I first spent a few days north of the archipelago, on the island ofHanimaadhoo, at the very cool Asseyri Inn guesthouse. I chose an island very far from Male (about 280km, or an hour's flight), to avoid the most frequented corners. I hesitated with Gan, in the south, but it will be for another time…

Update - January 2017 : the guesthouse Asseyri Inn as I knew it no longer seems to exist. The website now refers to another hotel, much more chic, located on another island ...

It was the rave reviews on TripAdvisor that made me decide to contact Asseyri Inn. Their "solo traveler" package with activities for each day suited me, they were available on my dates and in addition there is a small diving center. Perfect to immerse myself in the atmosphere of the country and to acclimatize myself smoothly!

Some of the guesthouses in the Maldives are very modest, others are downright chic. The cheapest are around 30-40€ per night, the most expensive are between 100-150€. There are many of them in Male (the capital island), Hulumalé (the artificial residential island near the airport) and on two islands quite close to Male, Maafushi (the prison island) and Guraidhoo. But it seems that accommodation has opened in almost all the atolls of the archipelago. There are cheap ferries from one island to the other and more expensive air links with Maldivian Aero to reach the farthest

You will find a lot of information via a Google search with the words "Maldives + guesthouses" or "Maldives + backpacker".

The best known and most popular are listed on TripAdvisor in the section " bed and breakfast " and many of these accommodations use the sites Booking.com or Agoda.com to rent their rooms (very convenient to book yourself on the internet, or to get an idea of the rates). Some other links in bulk, found during my research before I left:
→ Guesthouses in Maldives a selection of guesthouses in several different atolls
→ Maldives Guesthouses & BB : small selection by Lonely Planet
→ Maafushi Maldives choice of guesthouses on several islands, not just Maafushi

Good to know: you have to check if the taxes are included or not, otherwise you have to add +10% and +8% (it was the amount when I was there, but it can change). It is also necessary to look at the services included in the tariff, it has sometimes very interesting packages :
→ just the night (with or without transfer)
→ overnight stay + breakfast or half-board
→ the night + all meals + activities for the day ...

Hanimaadhoo has the advantage of having an airport, now "international", with connections from Sri Lanka and soon to India, perhaps. It is a peaceful island, stretched all the way, which has less than 1,500 souls, inhabited only on a small portion to the north.

My guesthouse is in the heart of the village, close to the port where the fishermen arrive in dhoni, the traditional boat, with the fish of the day, and of the school. We see boys and girls cycling in their uniforms at the end of the lessons.

As a reminder, Islam is the state religion in the Maldives. Hanimaadhoo is one of the few inhabited islands where the wearing of the bikini is allowed to foreign tourists, on a delimited beach. Permission is required and Asseyri Inn has recently obtained it. The guesthouse plans to build a new building in front of the beach and move there, in front of turquoise water and white sand.

Another thing to know: alcohol is also forbidden on the so-called "local" islands. To drink a beer (possibly in a bikini), it is only in the tourists' hotel islands, on the cruise ships and at the hotel located next to Male airport. For those who are in need, it is always possible to organize, for a fee, a short stay of a day or half-day in a nearby resort, in order to momentarily taste the pleasures reserved for luxury tourists.

But that's obviously not what I came to Hanimaadhoo for... The quiet and authentic Muslim village atmosphere, overwhelmed by intense light, suits me well, as a first Maldivian cultural immersion. The people are more reserved than in Indonesia, but very welcoming. More in the next post!