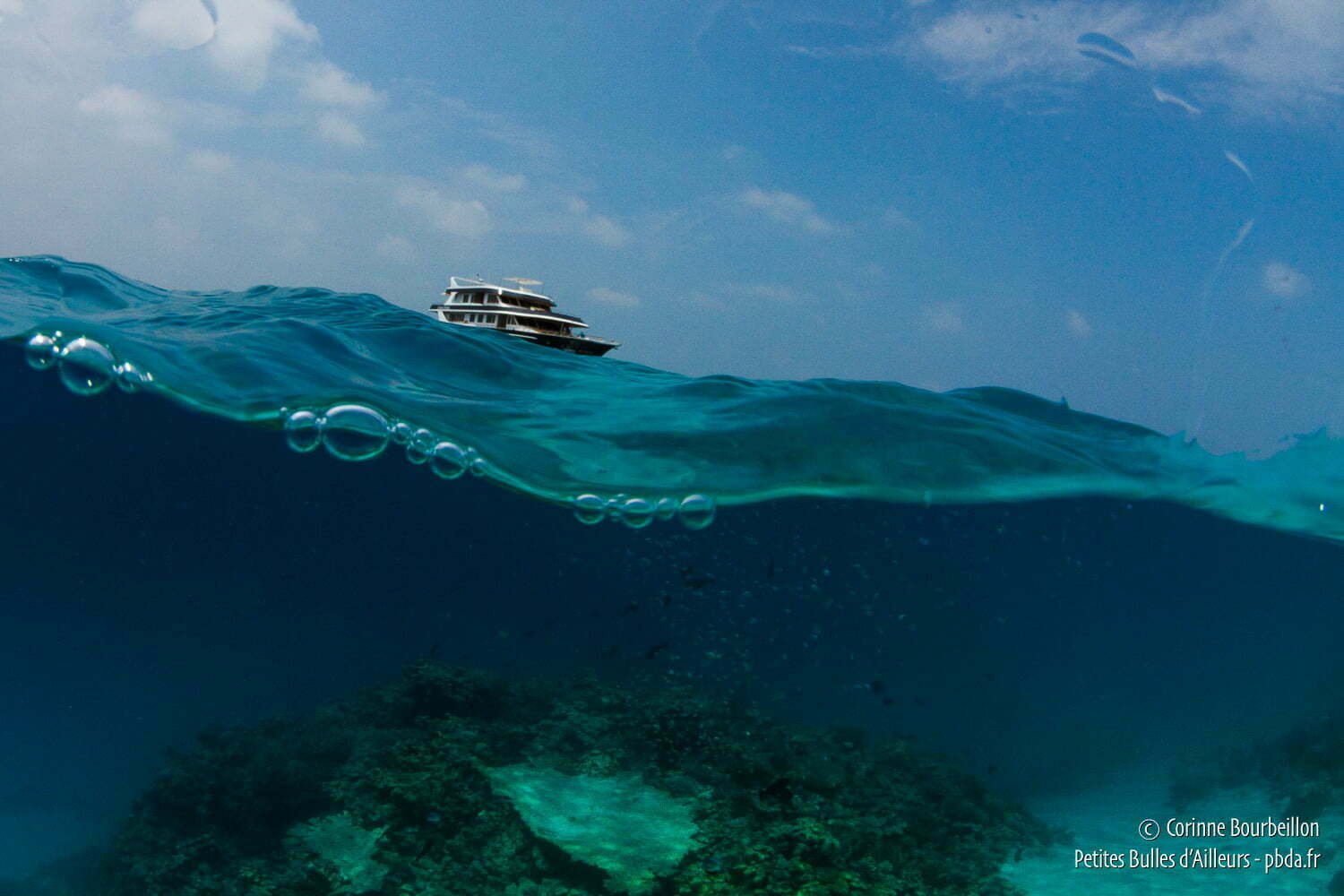 I'm missing. Light and tropical heat, islands and salt water, bubbles and coral ... I already have the nostalgia of the Maldives.

It's been over a month since I came back from the Maldives ... Five weeks and four days have passed since I left the turquoise blue horizon of this coral archipelago at the water's edge, in the middle of the Indian Ocean.

Time flies and I'm just starting to explore the images stored in the bottom of my hard drive ... I just found this little panorama that I had forgotten, made to the iPhone, with the nice app Dermandarfrom the bow of the boat, the aptly named Ocean Divine.

We were in front of Dhingurah Island, one of the stops of this fantastic dive cruise that took me from Male to Ari Atoll ...

The desire to go back to distant horizons strikes me again.

The shark passes, the fragile beauty of the islands, the intense blue as far as the eye can see, this magnificent boat and the company of other passionate divers ... All that I miss already.

I have nostalgia for the Maldives.