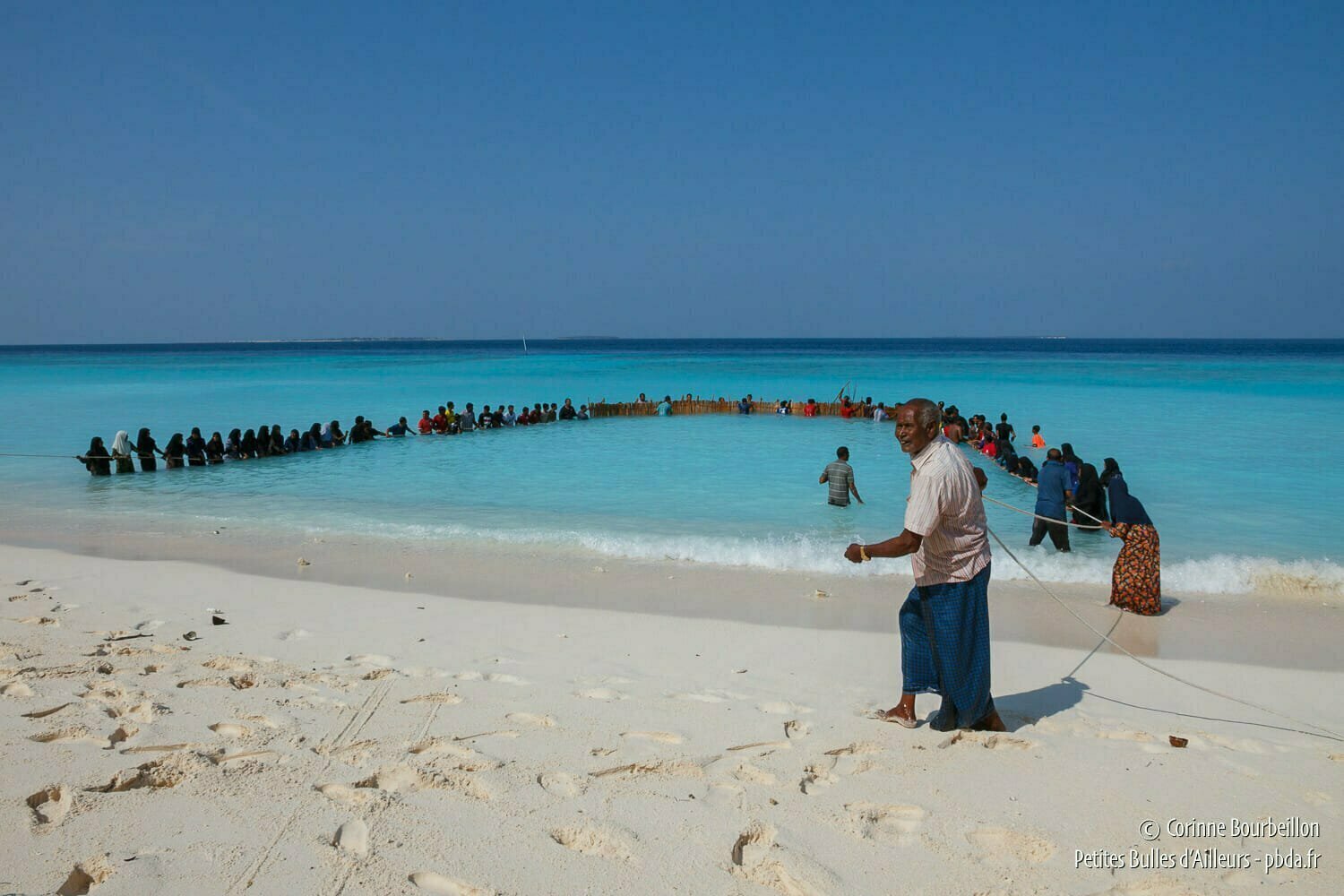 In the Maldives, a spectacular fishing party

A beach in the Maldives. Blinding sand, turquoise water. The whole village gathered there, facing the sea. Nobody wants to miss this amazing traditional fishing trip…

From my short stay in the Maldives in February 2014, I will keep an intense memory of this scene…

We are on the small island of Utheem or Utheemu, in the extreme north of the archipelago. It is a "real island", where "real people" live, not one of those hotel islands reserved for foreign tourists...

Contrary to what we read everywhere, it is quite possible to stay in the Maldives among the Maldivians as an independent traveler. The inhabitants have been authorized for a few years to open mini-hotels, small pensions and guest houses, referred to as guesthouses. I live in one of these guesthouses, Asseyri Inn, on the neighboring island of Hanimaadhoo. The Maldivian who runs the pension organized a small excursion for the day…

Luckily, we are there in the right place at the right time to attend an event not so frequent. That day, in Utheem, the whole village gathered on the sand, facing the sea for a traditional collective fishing party, full of excitement and cheerfulness.

A video is worth ten thousand words... I let you discover below:

And then a picture is worth a thousand words too, so I add a few bonus photos below.

Note that I am not the only one to immortalize the event. As traditional as it is, this fishing is an opportunity for all, especially young people and young women from the village and nearby islands, to draw smartphones and other modern image sensors ... ????