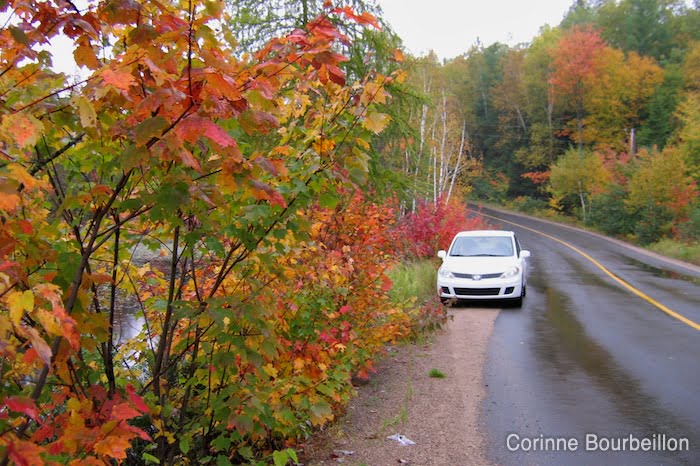 This Canadian getaway starts for me in the rain... Yes! It's fall. But it doesn't matter. In the Laurentians, the colors of the trees explode, even under a gray sky.

Autumn in the Laurentians

I didn't come across the famous "Indian week", which is supposed to offer a final respite of sunny mildness before winter... A little more than an hour from Montreal, in the park at Mont Tremblant...you get a lot of peepers. Even under an umbrella !

By car (automatic) to Mont-Tremblant!

In Montreal itself, the maples of the long avenue where the friends who shelter me do not have these glowing colors yet. You have to get out of the city to take the full measure of Quebec's fall.

We rented a car to make the trip to Mont-Tremblant. An automatic ...

I drove. Unprecedented experience of dosing speed without clutch pedal. A little confusing, but we get used to it. Just slow down and accelerate. It is vaguely like driving a toy car anyway ...

But how good it is to go on the road at will, to stop wherever you want, whenever you want!

The red house under the flamboyant trees

I knew it would be beautiful, but I was really stuck with the colors of the trees. Fall in Quebec is really spectacular! 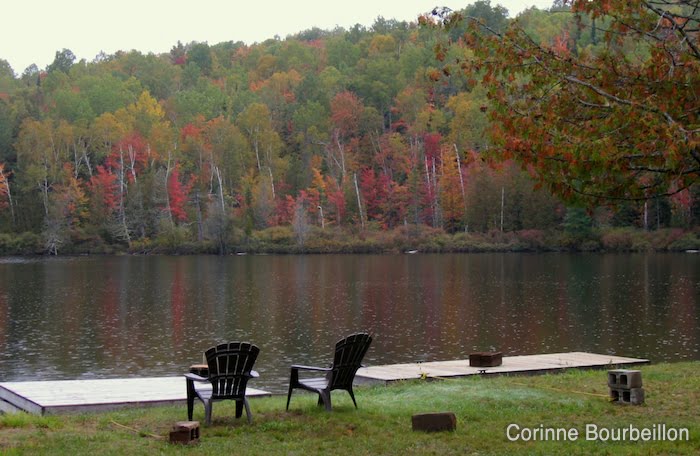 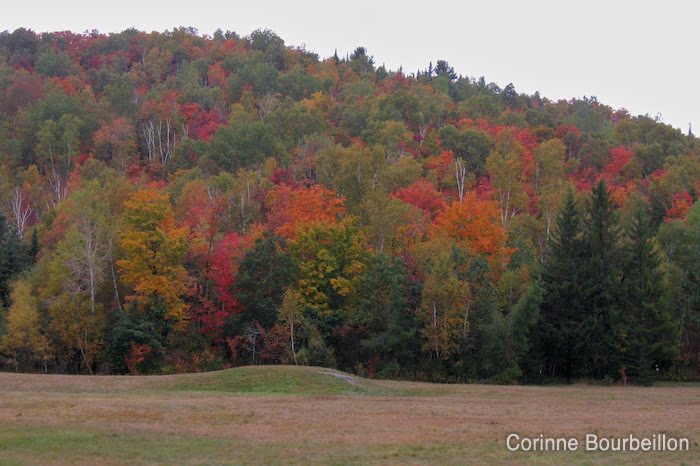 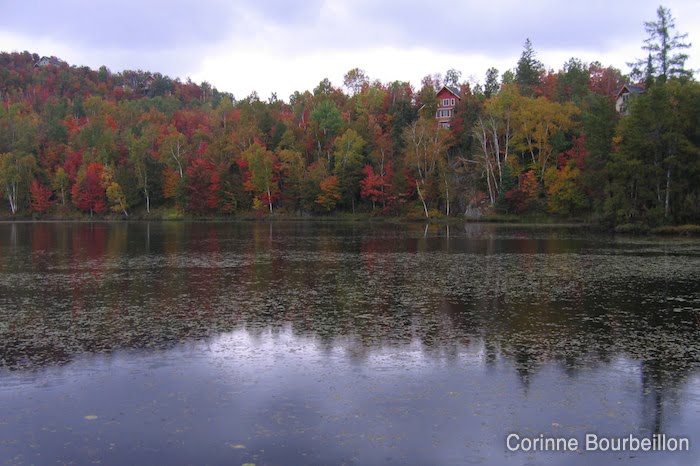 I would be well spent the beginning of the season in this pretty red house, nestled under the flaming canopy of the forest, overlooking the lake ... (Well, of course, with an internet connection, anyway.)