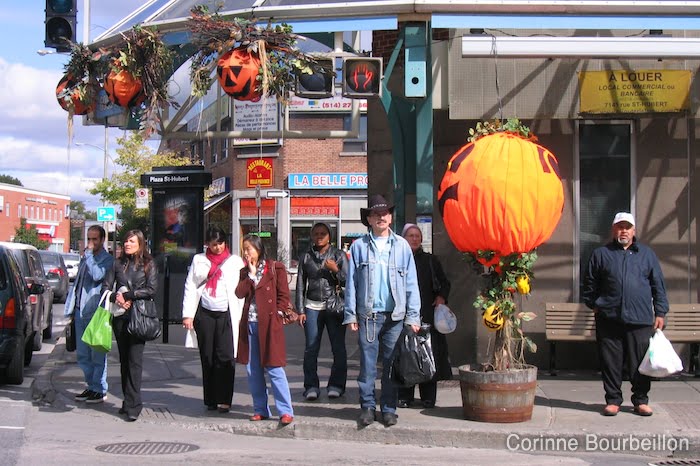 Montreal, I love it. There are skyscrapers, maple trees, squirrels and pumpkins. They talk French, but it feels like an American TV series. So much fun!

Montreal is first and foremost a North American city. With glass and concrete buildings that make you dizzy. But ... none goes beyond Mount Royal Park (232 meters) from where I took the first of the photos below.

Besides, it's more than a mound. It's "the mountain" as Montrealers say. 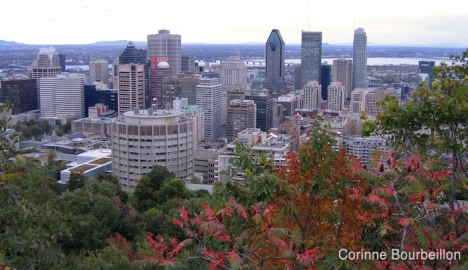 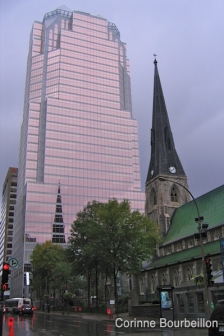 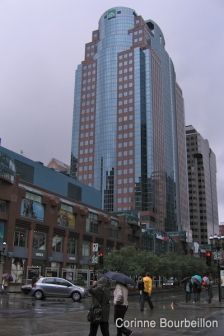 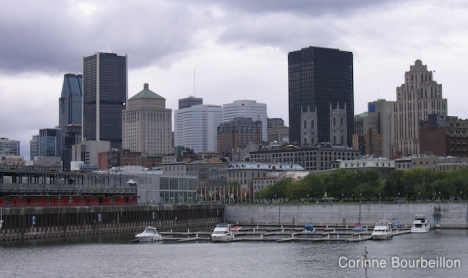 In Montreal, there are endless avenues, straight, that intersect at right angles. We see very big cars and real cars trucks of cinema, huge fire trucks glittering everywhere and cars of cops that darken with their screaming sirens ...

Wow! This is America. Just like the TV shows.

But among these vehicles "seen on TV", my favourites are the pretty yellow buses with "schoolchildren" written on them. 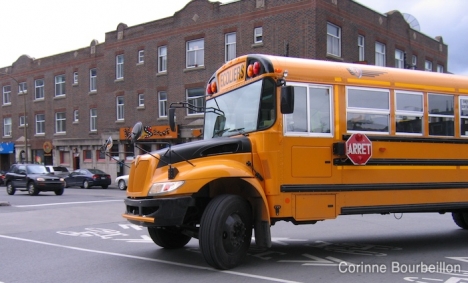 In Montreal, we are already preparing for Halloween ... 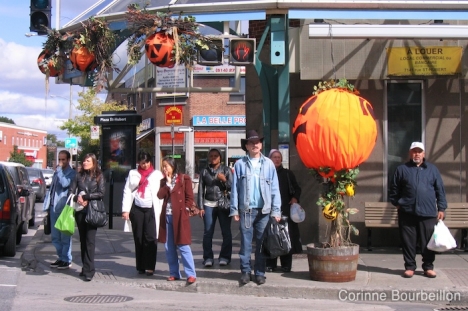 Must say that it is the pumpkin season.

There are cucurbits (squash, what) of all shapes, sizes and colors, from almost dark purple to dark green to subtle shades of orange at all fruit and vegetable shops. 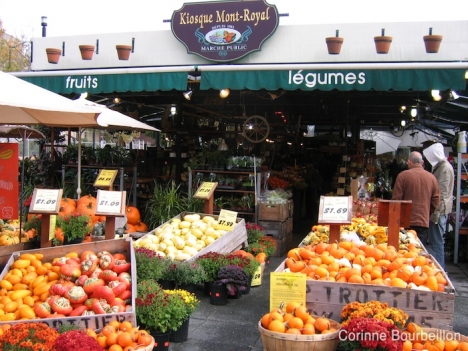 But it was at the Jean-Talon market, in the Little Italy district, that I saw the biggest ones. Real Cinderella pumpkins! Oh, I love them. 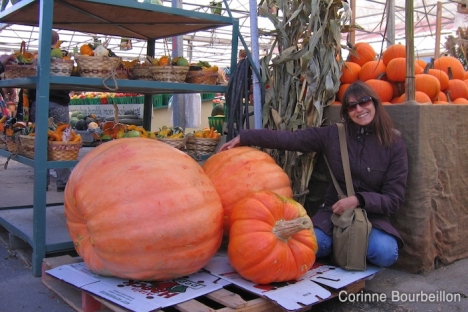 What is pleasing about Montreal's cityscape is the variety of architecture and facades. The residential streets in the centre, particularly in the Plateau district (a neighbourhood that has become "bobo" and expensive), feature these typical alignments of pretty brick houses with iron staircases as a porch. 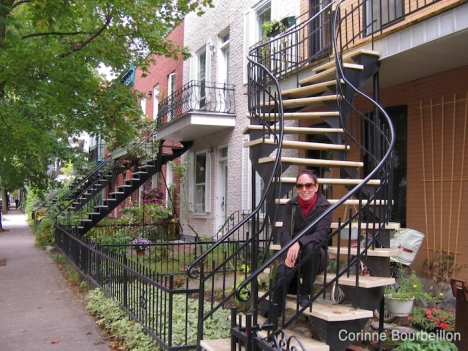 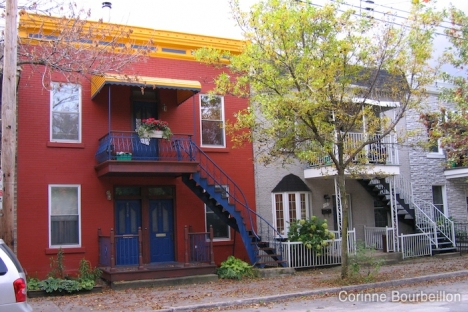 In the upscale neighborhoods, there are also opulent buildings, like English mansions. Sometimes kitsch, it must be admitted ... 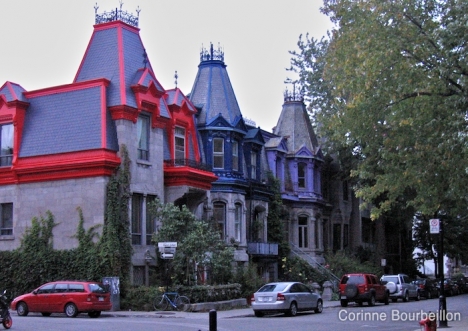 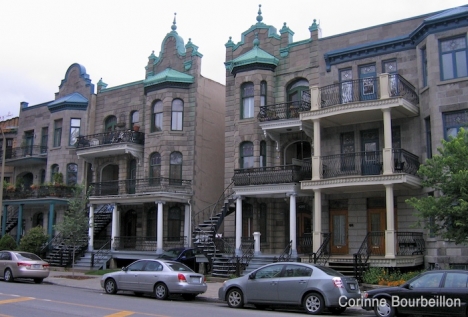 Montreal may be a big city (1.8 million people not counting the suburbs, according to my travel guide), it does not feel choked by concrete. Parks and green spaces are numerous, vast.

Many streets are lined with trees, especially in residential neighborhoods. The queen essence here is maple, of course.

That's the view from my window, street side. 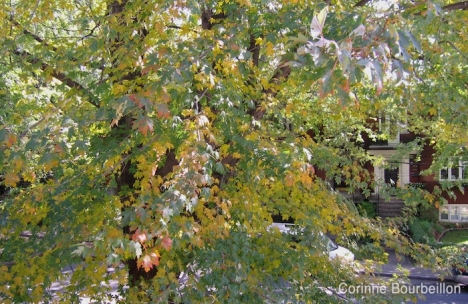 I like it, "my" maple. But it is still far from having the fiery colour of the trees planted in the small park at the entrance to old Montreal. 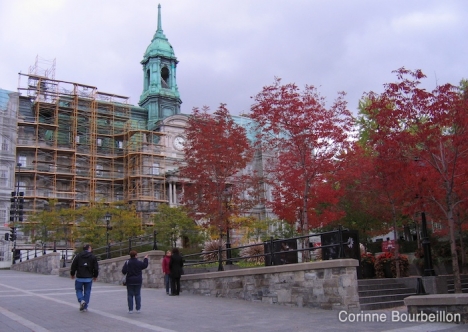 With all these parks and trees, Montreal is a squirrel paradise! In Mount Royal Park, which is a real forest in the heart of the city (I'll come back to that in a future post), it's impossible not to see some. Those little hairballs keep on crossing the alleys. Hop, hop, hop... three little jumps and they're gone.

But those squirrels aren't shy at all. I guess people have to feed them... Anyway, they don't mind when it comes to posing for tourists! 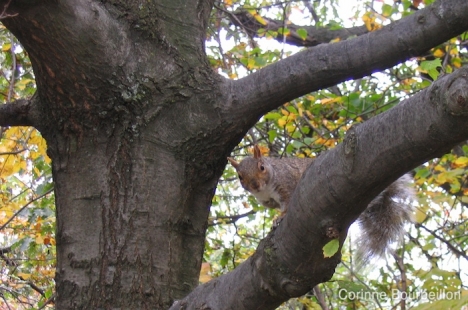 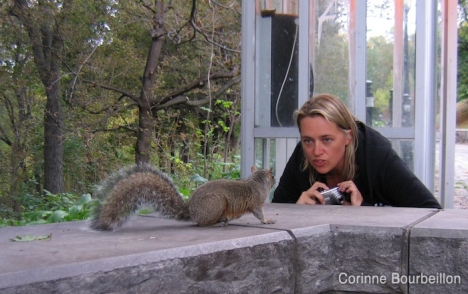 Too much fun, I tell you!