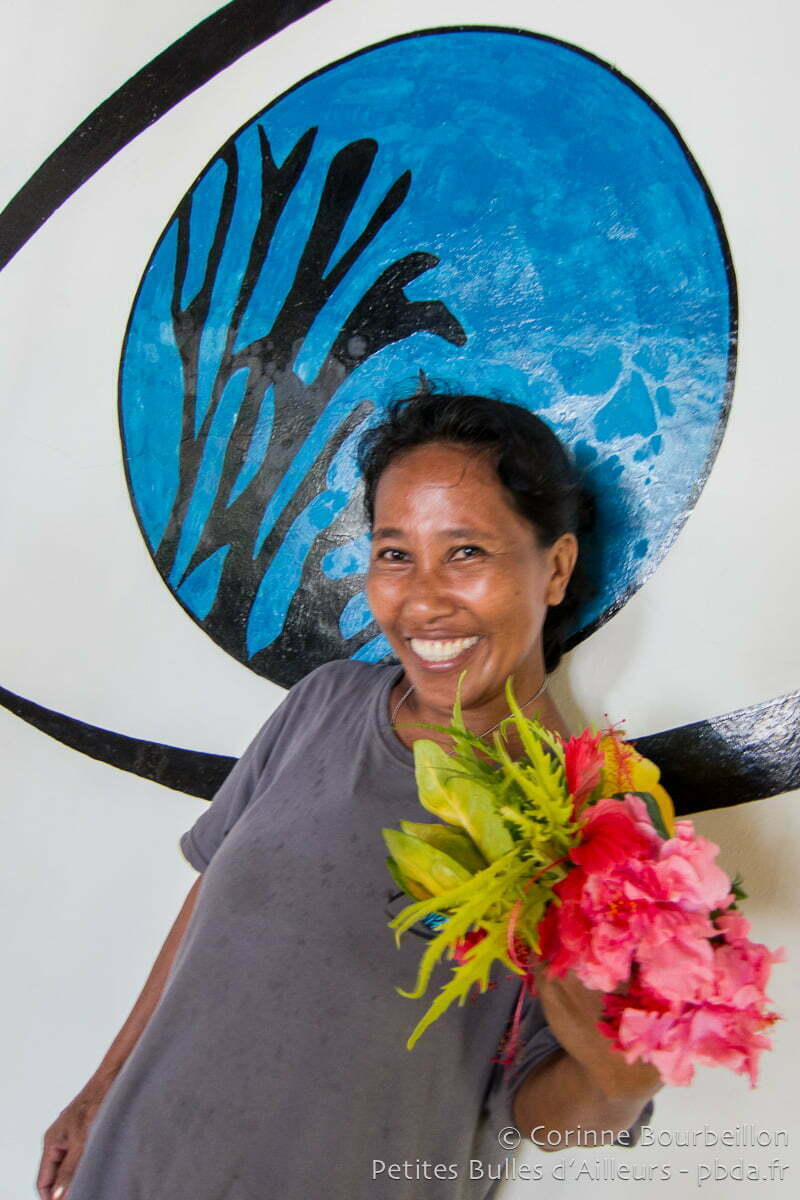 In March 2013, I returned to the island of Bangka, which I had loved so much, during my previous stay in North Sulawesi, three years ago. (Not to be confused with the other island named Bangka, near Sumatra.)

At the time, in 2010, I had tested two diver's springs: the excellent Murex Bangka and the very nice Mimpi Indah. This time, I wanted to discover Coral Eye.

I had seen the project come up in 2010 (I mention it here in the article Back to Indonesia). And then, their website, which I stumbled upon by chance, in early 2013, while researching Bangka, piqued my curiosity... So I got in touch with them and went to spend a few days at the Coral Eye. Very good pickaxe!

But it does not look like any of the other resorts or dive centers in the area ...

Here, there is a large building in hard, harmoniously designed for life and work in community. A little behind the beach, it is hidden behind the coconut trees. 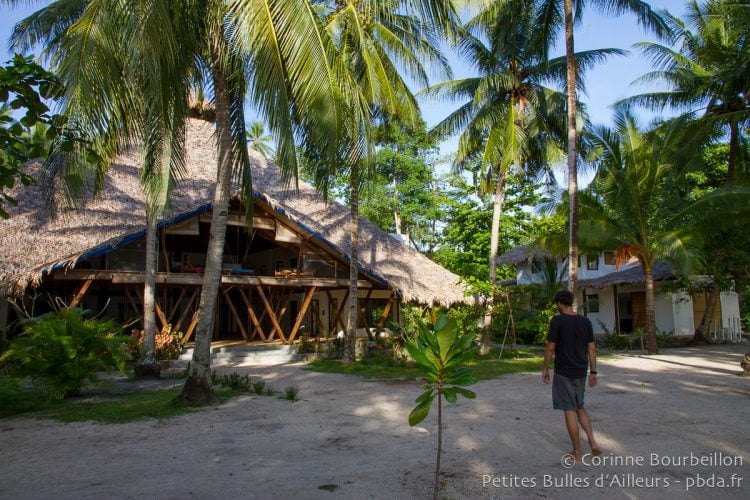 Downstairs, a vast living room, open to the outside on all four sides, around which are distributed other smaller rooms: a library, an office, sanitary facilities, the kitchen...

The rooms - immaculate - are upstairs, far from everything that crawls, trots or spades. Two stairs without ramp lead to a wooden mezzanine, which goes around. Facing the sea, a large terrace with day beds to read quietly or admire the sunsets. 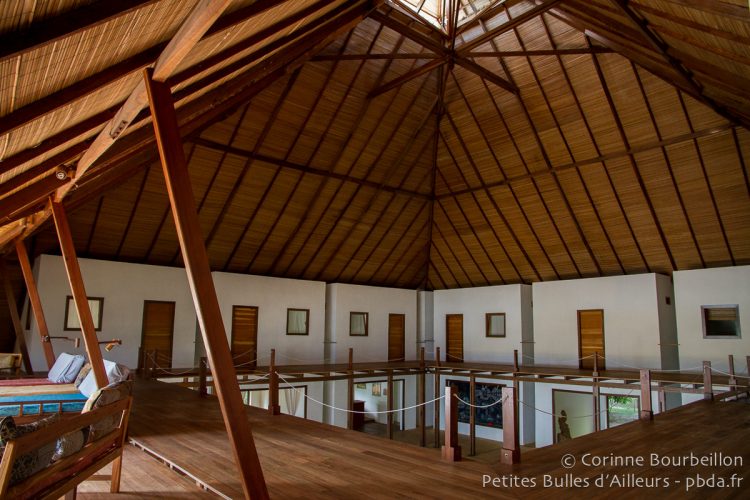 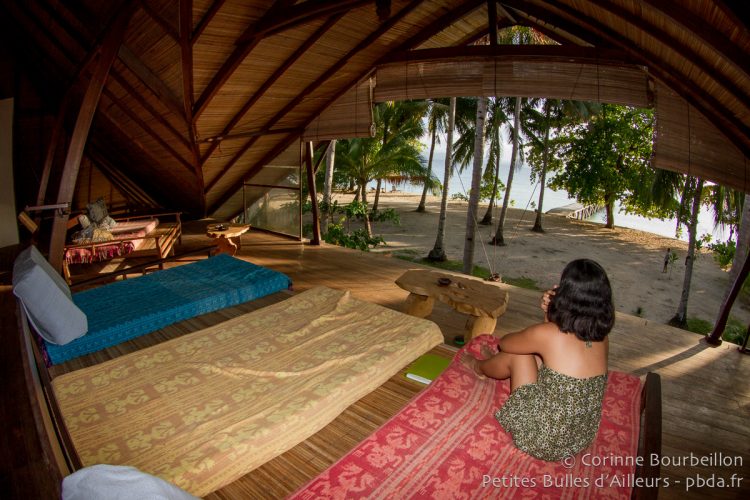 We find ourselves downstairs at mealtimes, to eat at the same table, a large square wooden surface, with benches and benches, which can accommodate a dozen guests. 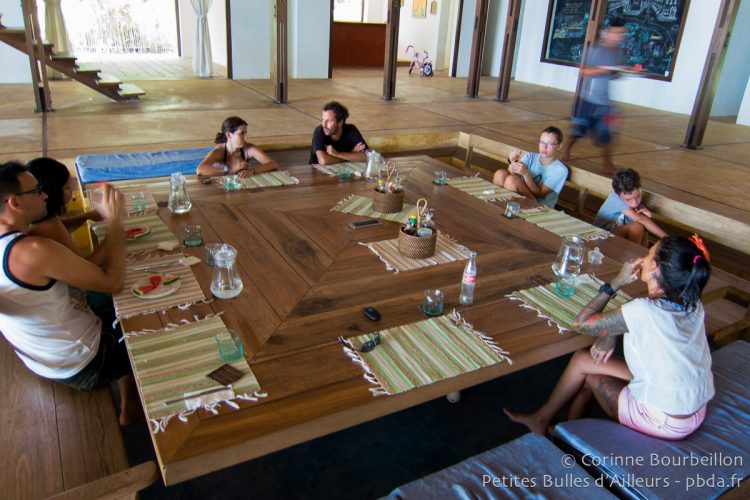 Above, the huge roof. It is traditionally built in dried palm leaves, supported by a spectacular frame, which rises very high. 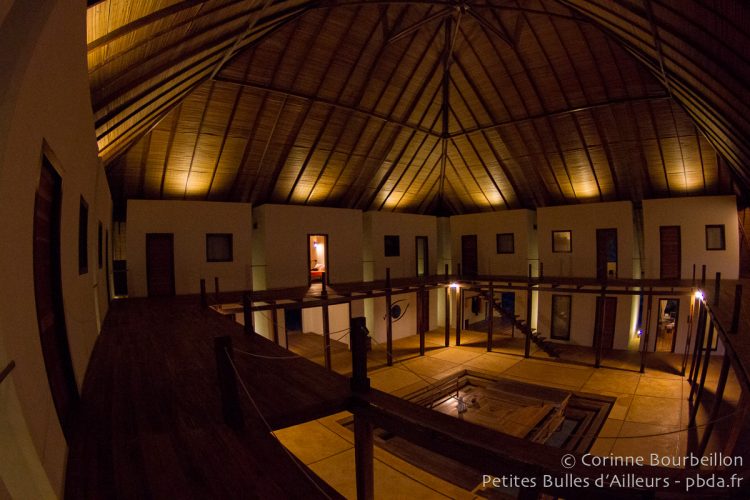 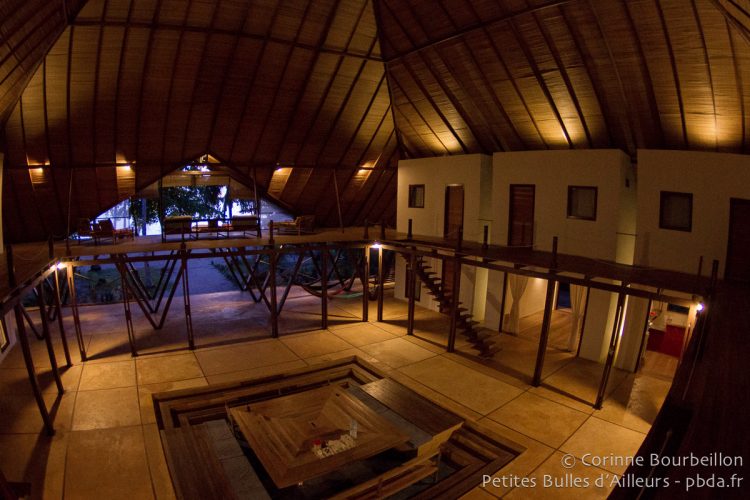 Marco and Clara, two of the young Italian marine biologists who initiated the project, bring the place to life and take care of everything with a good mood, from cooking to diving, with a small Indonesian team, very friendly.

Next to them are the cottages where they live, and another, smaller building, which houses the diving center and work rooms with aquariums.

At high tide, you can swim (and really swim) in front of the white sand beach. At very low tide, the top of the coral potatoes outcrops. 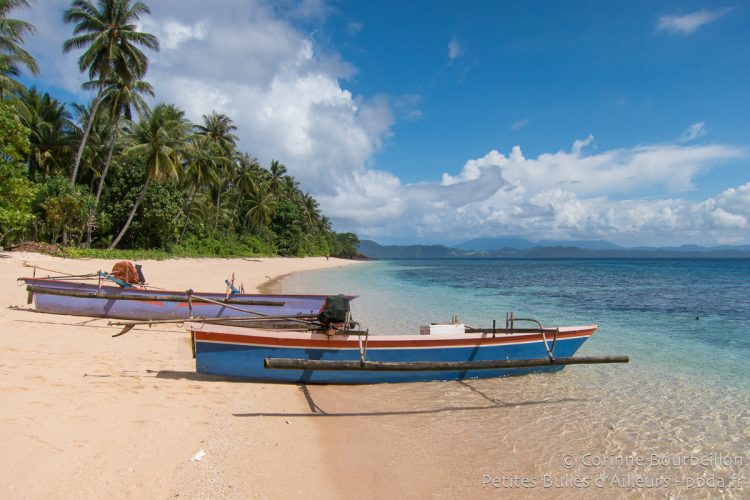 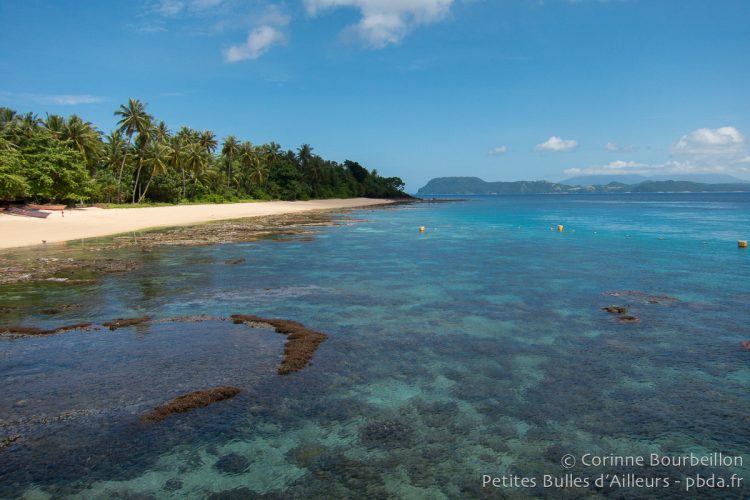 The house-reef (the part of the reef just in front of the beach) has become a real coral farm, with "nursery" and "cultures" carefully maintained near the pontoon. 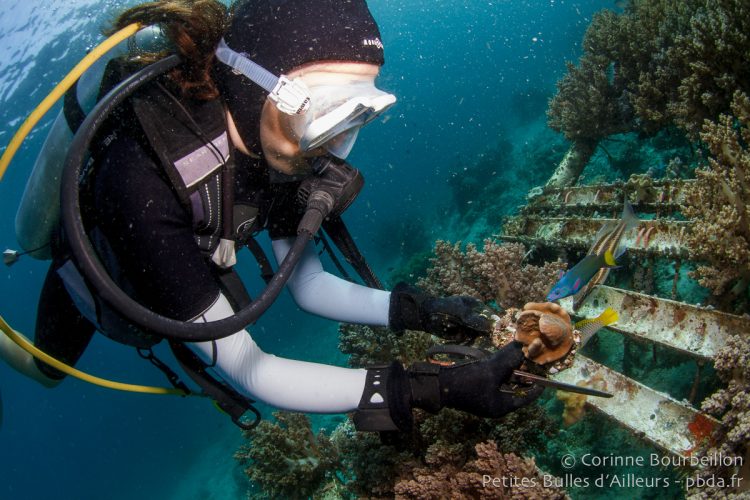 One afternoon I accompanied Clara on a dive, in 3 meters of water, to see her accomplish this patient work which consists in fixing broken pieces of coral on stable supports to encourage their "regrowth". Coral is not a plant, so we can't really talk about "cutting", but that's the idea.

It reminded me of the project Biorock from PemuteranIn Bali, "Reef Gardeners" are working on the same principle, recovering and attaching pieces of coral to artificial structures - metallic, in the case of Biorock, to stimulate coral fixation and growth by means of electric current.

I loved the atmosphere Coral Eye. We are far from everything, quiet, in a beautiful environment. 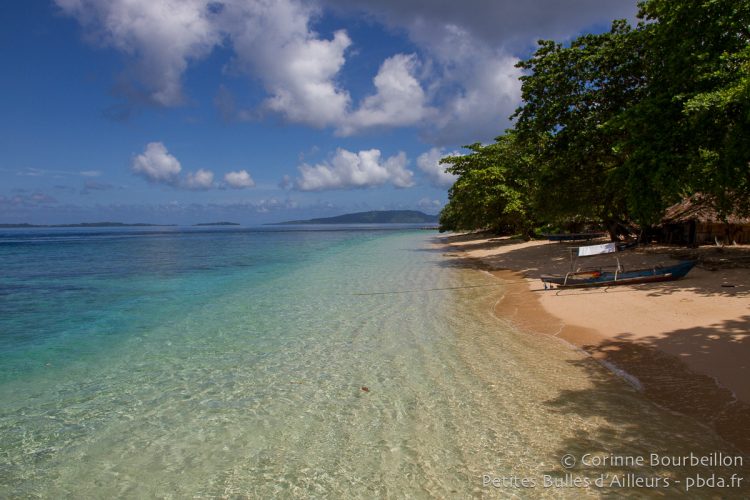 Marco and Clara live and work there most of the year. Clara and her Indonesian husband Danny have a little girl who has, pretty much, to be the age of Coral Eye.

The nearest neighbors are Indonesian families, who also live on the beach, in rustic wooden huts and palm leaves. We meet some fishermen in traditional boat. Sometimes visitors from Sulawesi or other divers arrive to take a break.

It's quiet here. There is nothing ... The other resorts on the island are not nearby. And you have to walk a good time in the jungle to reach the village. All trips are by sea.

I knew it: Bangka is really the perfect place to let go!