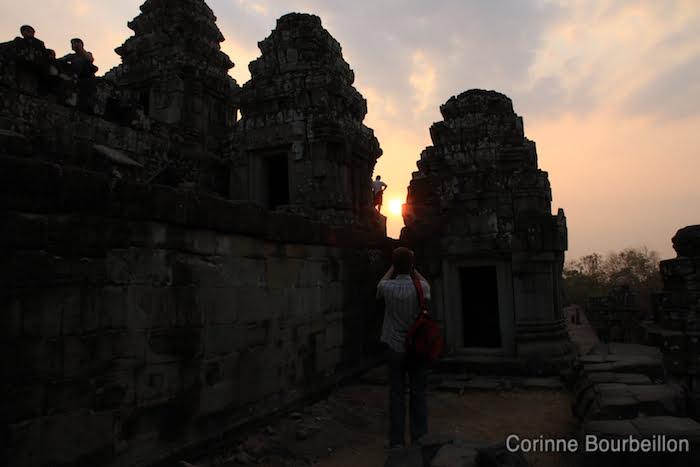 Siem Reap is the city next to the temples of Angkor, Cambodia. My previous passages here go back to 2001 and 2003. There were people already. But there, uh ... it has taken another dimension outright. The traditional "sunset" in Bakheng Hill is worth the detour.

We can manage to take some pictures that make believe a temple in ruins little frequented ... 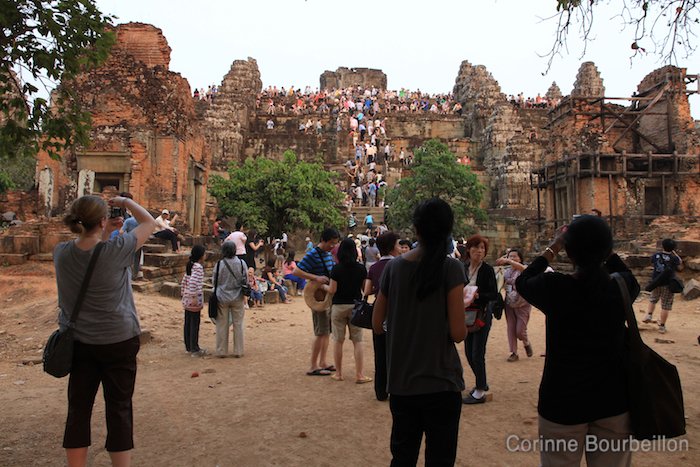 The temples are very beautiful, despite us tourists. 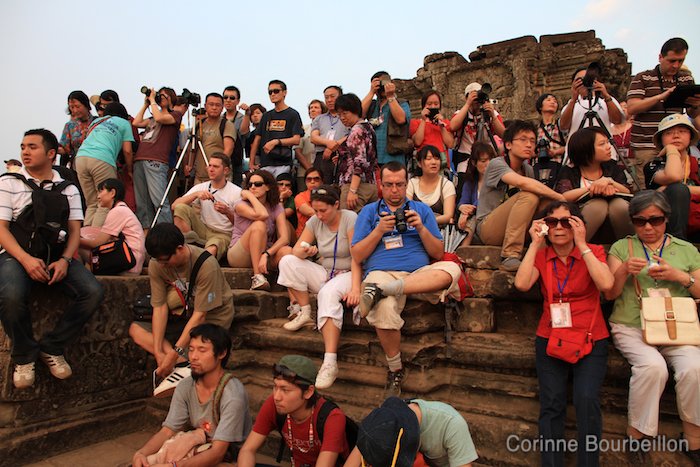 That said, I knew what to expect, question attendance, coming back here ... And I could already see, in two rounds of tuk-tuk and a small walk to return to the guesthouse, that Siem Reap has changed well in ten years. Big bad hotels have sprung up everywhere.

Nevertheless, I am delighted to be here, back in the skies of Asia. But I'm too slammed tonight to do longer. Tomorrow, first day of visiting the temples ... I'll be back soon to show you all that!