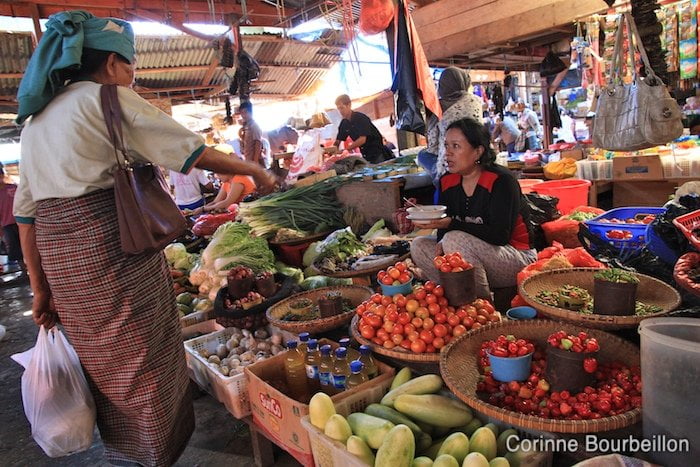 I like hanging out in Asian markets. During my stay in Sulawesi (Indonesia), last summer, I went for a ride in that of Rantepao, in the heart of Toraja country. Here are some pictures of atmosphere ... 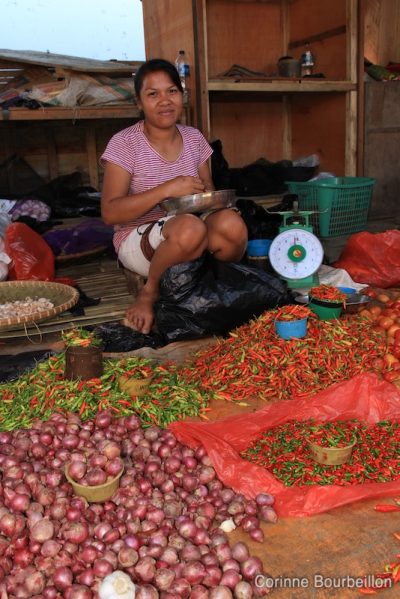 the pasar (market), everyone greets me very kindly. And the merchants, as always, willingly accept the photo. Really nice with tourists!

Fortunately for you who browse this page, the camera only restores the colors, not the odors, particularly aggressive around the stalls of poiscaille and bidoche.

Two sequences "emotion" came to spice up my little walk to the market of Rantepao ...

(The photos are to be found in the image gallery below.)

The first in front of buckets filled with live eels. The guy who sells them breaks their necks with a dry hand, before slipping them into a plastic bag. The noise raises the heart ...

An old lady next to me, when I took the picture, made me understand with a disgusted grimace that she had a horror of that ... But like me, she still remained to watch.

Second moment, not very ragorous either, but much more fun, on the butchers side. Two young guys behind their stalls feel inspired by my camera: one of the two catches the pig's head in front of him and places it in front of his relative's face.

They laughed at their joke, too happy to admire the result on the screen of my 7D. I leave you with the pictures below ...