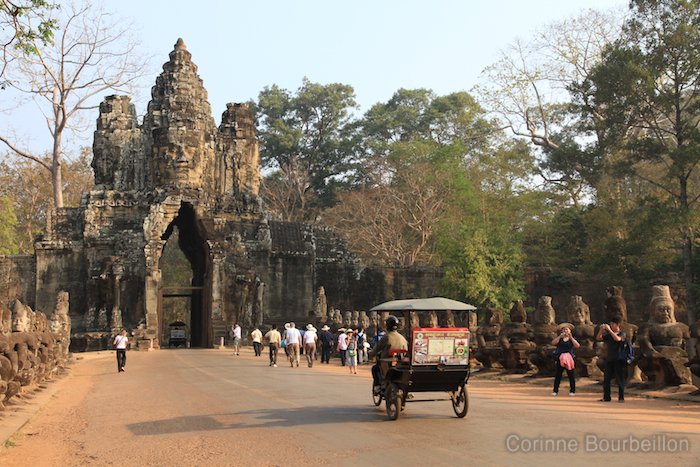 For once, I do not travel alonebut with a friend. At two, the tuk-tuk is the most convenient way to get from one temple to another in Angkor and circulate around Siem Reap.

A tuk-tuk and two ladies

Tuk-tuks, there were none, or few, during my previous stays in 2001 and 2003 in Siem Reap. It is now found at every corner, and it is impossible to take three steps without being hailed by drivers looking for customers: "Tuk-tuk, ladies? "

We love it, call ourselves "Lady". But we decline each time the proposal, since we have ours, of tuk-tuk driver. His name is Krey, he's the one who picked us up at the airport and wandered us for three days, among the temples of Angkor.

While visiting, he takes a nap. 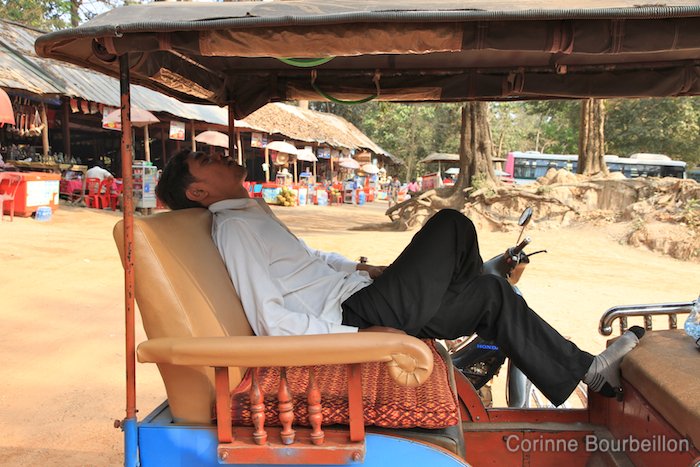 Advantage of the tuk-tuk race, hair in the wind: it provides quick drying and natural refreshment to the lady who has perspired heavily on the steep stairs of the famous Khmer "mountain temples", overheated by the Cambodian sun.

And then, it allows to enjoy the landscape at moderate speed, to see scroll through all these street scenes typical of life in Asia: street vendors pushing their cart, kids in uniform returning from school by bike, stalls and shops that come alive along the road. There are also all these motorcycles overloaded with various goods that we meet, sometimes a team of cows or a cargo of monks in a van, all between two big VIP tourist bus ... 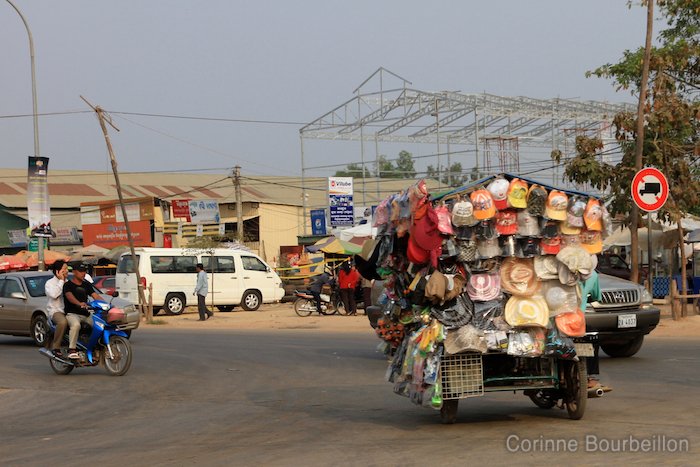 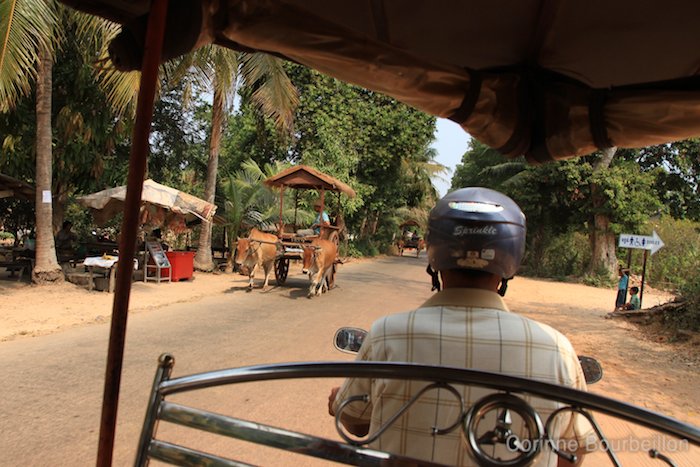