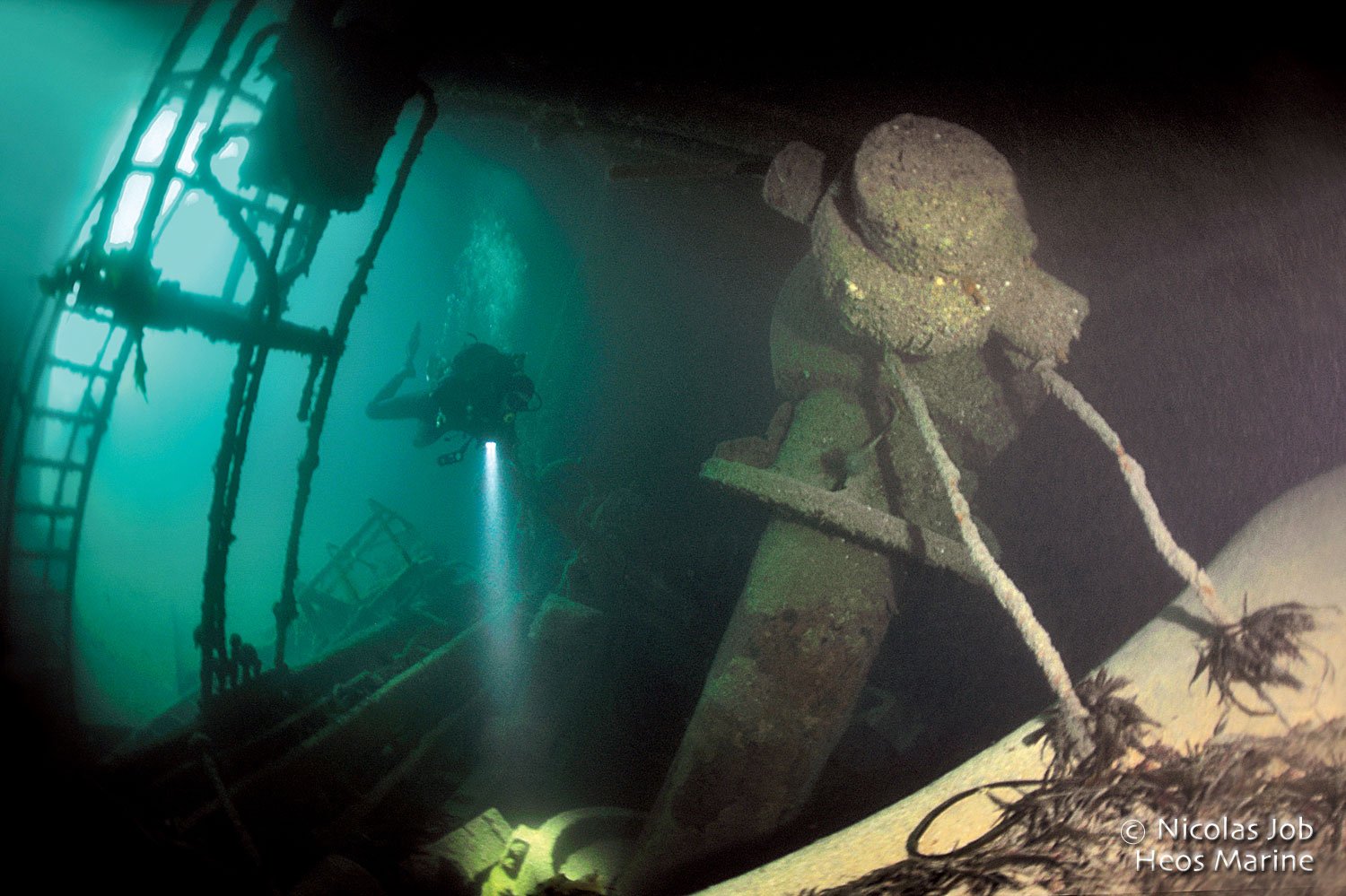 In 2003, I dived on the Amoco Cadiz, in Brittany, France. At that time Facebook and Twitter didn't exist... My report had been published only on paper, on the last page of the daily newspaper Ouest-France.

This 16th of March 2018 is the 40th anniversary of the disastrous sinking of theAmoco Cadiz, an oil tanker that caused a huge oil spill on the Brittany coast in 1978.

In March 1978, the tanker Amoco Cadiz advanced in the Atlantic and towards a storm that would throw him to the coast. A terrible ecological disaster. pic.twitter.com/2Lg3NgrNZF