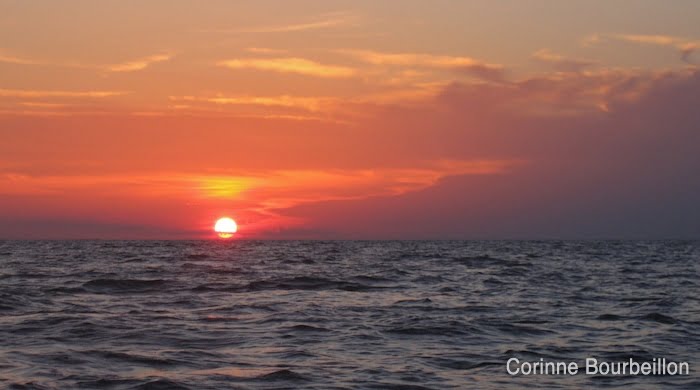 Sunset over the Celebes Sea, off Borneo (July 2009, Indonesia).

I like this expression Anglo-Saxon. Overseas: literally "beyond the seas, overseas". Understand: "elsewhere, abroad".

A promise from other continents and distant horizons. The more I get into life, the more I dream ofoverseas. Always, this irresistible desire elsewhere ...

I'll come back and talk about Asia, very quickly. From my last escapade in July, I still have to tell you about my island stay in Derawan, off Borneo, in the Celebes Sea. And then to mount my underwater videos shot in Sipadan ...

But since my return, at the end of July, another overseas trots in my head.

A project still vague. Which I hoped to concretize in the spring, perhaps. And then, a miraculous and unexpected beach of free time arose in my planning of September, at the very end of the month. Ah, there, there ... How to resist?

So here it is: I decided to cross a new ocean, to leave the other side of the Atlantic. Destination ? Montreal! 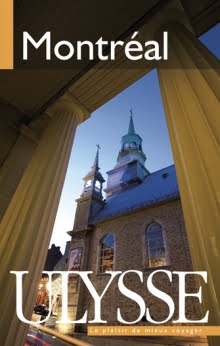 It remains for me to potash the travel guide Montreal from the Quebec publisher Ulysses. thanks to Pascalfor his advice on the subject, always advised. And to say that I have not yet found the time to immerse myself in it ... (Note that there is also a digital version to download, like the Lonely Planet.)

In short, once is not custom: I do not take my diving equipment and I fly to the West instead of heading to the Orient!

A first, for me. I have never set foot on the American continent. The two times I took a transatlantic flight, I stopped just before In the Caribbean.

In Montreal, I am going to visit friends who are there for a year. And I hope to finally meet, "in real life", my sister Marie-Julie Gagnon.

No bubbles in anticipation, therefore, for this Canadian week. But new discoveries, a change of scenery of another kind. An American and urban trip on French soil, which promises to be exciting.

That I like to feel this small inner trepidation, this excitement that is reborn with each new project of travel. It's more than impatience. An irrepressible desire to go elsewhere ... overseas.