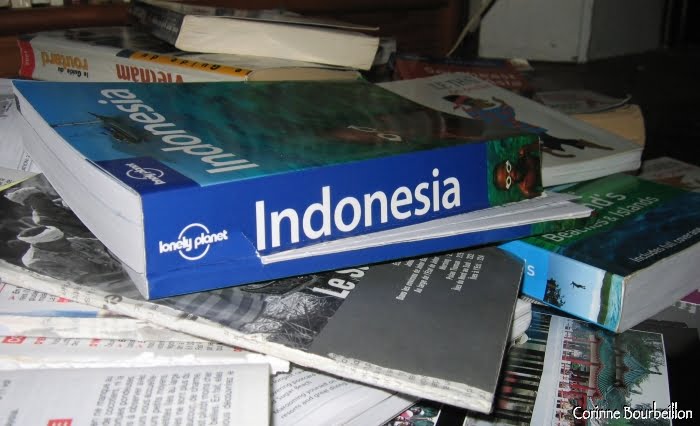 Often, I cut my travel guides to the cutter, to keep only the chapters that interest me ... I found an alternative to the massacre: download them in PDF, on the site of Lonely Planet.

Massacre with a cutter

Do you share this mania with me? Often, instead of embarking a complete travel guide in my luggage, I massacre the book with the cutter, to keep only the chapter or chapters that interest me. Gain of space and weight!

Fortunately, I found a digital alternative to this massacre: download the chapters. It is called Pick & Mix Chapters and it's happening on Lonely Planet's English site.

It works in two clicks, we only pay a few euros for the pages and we save them as a PDF file on his computer. We can then print them. 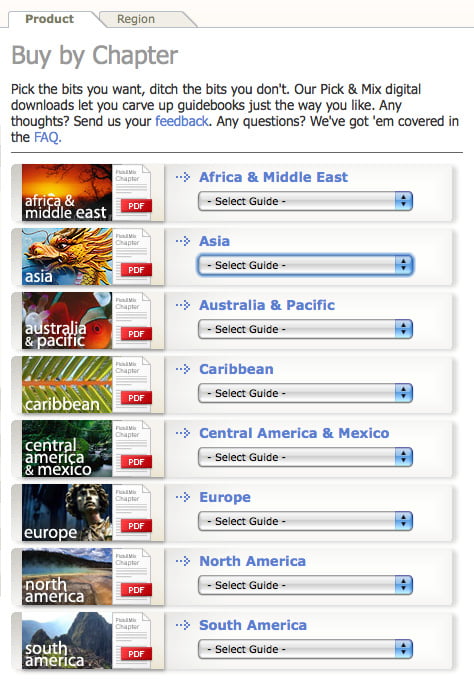 Well, of course, you have to be English-speaking, since that only exists for the English editions. But for me, I'm just interested in Southwestern Thailand for my next Andaman sea side getaway, it's ideal. As I do not want to buy an nth guide on Thailand, I jumped on this new service!

They are smart, at Lonely Planet ...

I do not have any action at home, but for my favorite destinations, in Southeast Asia, I always found in use the Lonely Planet editions better made, more complete and less faulty than those of the famous Backpacker. Which, for example, no longer offered a chapter on Sulawesi in his guide Indonesia when I was preparing my trip in 2007.

The problem is that Lonely Planet (LP) guides are often very big, very bulky. For Malaysia, in 2006, I had in my bag a piece of Routard just for the east coast of the peninsula, and pieces of the LP corresponding to the east of the peninsula and Borneo. For Sulawesi, in 2007, I just took the corresponding small section in the voluminous LP Indonesia. See what's left of it ...

After, I tinker, with glue reinforcement, Scotch, or even drawing tongs, to reconstitute a kind of personalized guide. Often, along the way, the pages break up and escape, at the mercy of manipulations and new tortures that I make them suffer ...

I dematerialized my photos, my music, my videos, without moods. Long live digital! But there, even if I am very happy to have my two chapters in PDF, I feel a little pinch to the heart. Because it's not quite the same anymore.

Buying a travel guide, flipping through it, annotating it, and even cutting it up with a cutter, was for me a delightful ritual, full of promise, announcing an imminent departure. A trip before the trip, in short.

With the download of chapters to the card, I lose a little of this pleasure. And I feel, regretfully, the upcoming decline of travel guides in the form of books ...