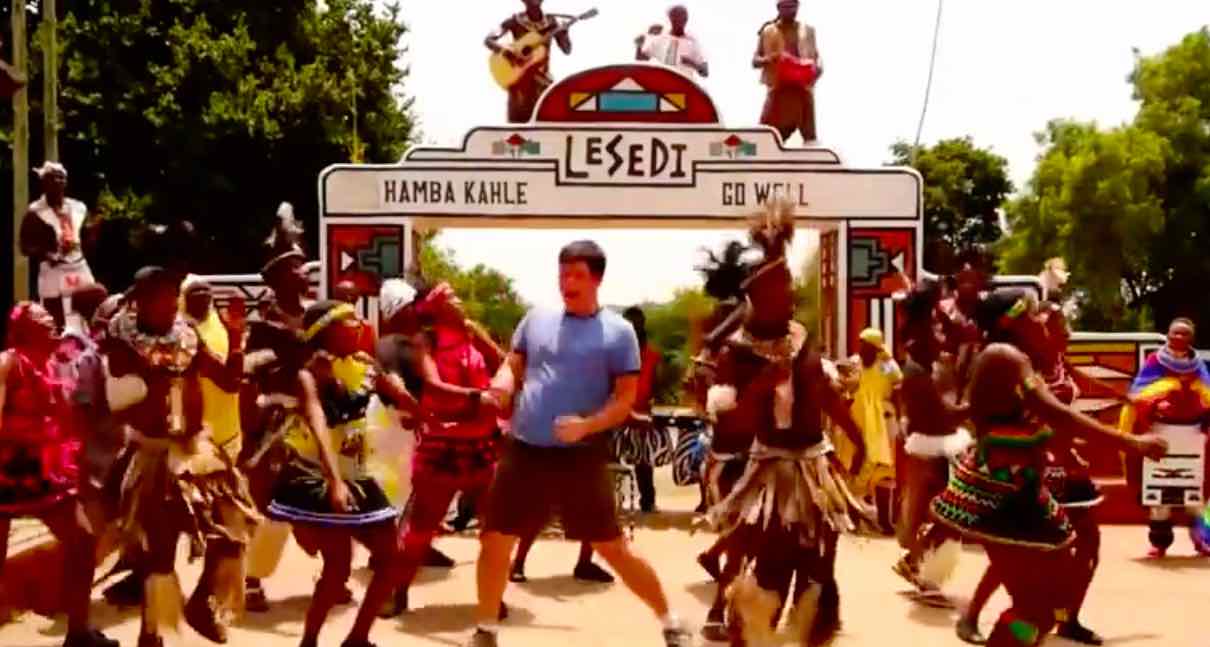 The man who dances in South Africa


The return of the traveler-dancer

As I already wrote in my previous posts on the subject, a damn good vein, this little travelling dance! Did you notice, in the clip above, that he abandons the diski a short moment to do his funny little dance moves again?

Being a fan of Matt's videos, I could not not talk about it again, even though I already did a little topo on the diski dance, on my other blog escapes :
► Diski, the new South African dance

Small addition [October 2011] : Matt is back dancing in France, place Bellecour, in Lyon! To discover at the end of this link :
► The man who dances around the world ... in Lyon

Addition [December 2011] : Matt dances this time for the tourist office of Thailand and continues to promote his favorite credit card:
► The return of the man who dances in Thailand