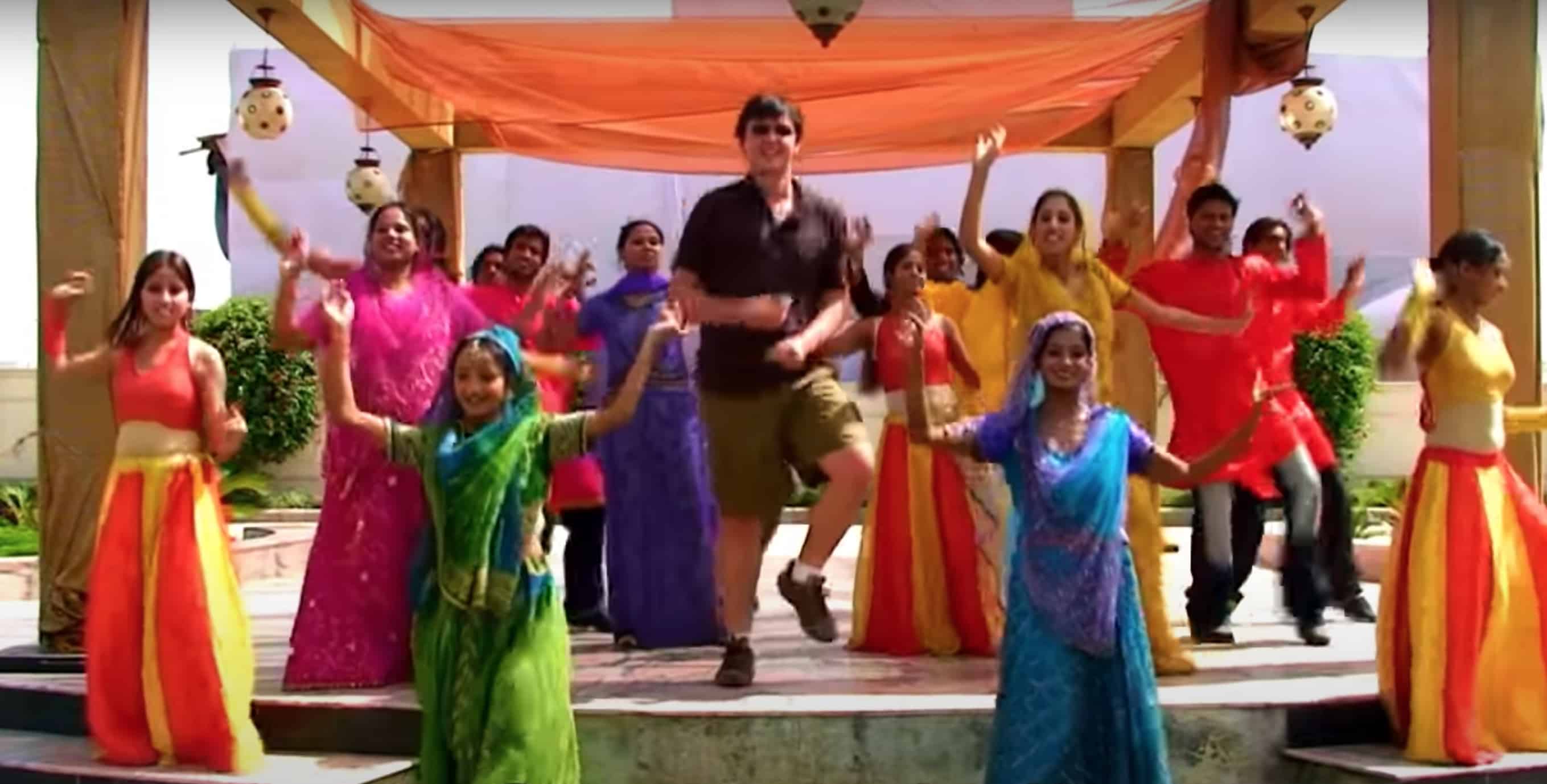 Matt Harding, the man who dances around the world. (Screenshot: YouTube / Matt Harding)

The man who dances around the world

Matt Harding is the man who dances around the world and on the web. On this 21st of September 2008, the video of this young American has been seen more than 10 million times on Youtube.

This video is cheerful, refreshing, it's great to watch! We understand its success.

Small update of the counters : more than 28 million views in June 2010, more than 52 million in April 2021... The numbers have continued to climb, since this article was first published in 2008!

It took Matt Harding 14 months to make this little film, in 42 countries.

Matt performs his funny little jig among crabs on a beach in Australia, in the rain in Zanzibar, in the jungle of Borneo. At the foot of pyramids in Guatemala, on the cliff of the Cape of Good Hope in South Africa, in front of the sugar loaf of Rio de Janeiro ...

In his first videos that made him famous, Matt Harding danced alone. For the 2008 video (the most famous), he dances with locals he meets during his travels: a bunch of kids in a village in Madagascar, bystanders in Singapore, Paris or Jerusalem, and even Papuans in New Guinea.

And like me in Bali with mola-molaHe also dances underwater with a big fish in Tonga. On his 2006 video below (previously visible on the Stride Gumthe chewing gum manufacturer that sponsored his world tour), there are several little underwater dances. Hilarious!

To learn more about the unusual adventure of this American from Connecticut, video game designer, you can go to his website :

➜ Where the heck is Matt ?

Addition - December 2008 : Matt didn't stop there, with his little travelling jig. His idea has become a great source of income... We find him in 2008 in a commercial for a bank card.

Added - May 2010 : Matt Harding is back, and he's now dancing for the South Africans, for the 2010 Football Cup... A real money spinner, I tell you! See also the post below:
➜ The man who dances in South Africa

Addition - October 2011 : infatiguable Matt ! While in France, he met his fans in Lyon! Romain Corraze, student from Lyon become a world traveler the time of a year in 2009, could not miss the passage in Lyon, Saturday, October 29, 2011, the famous traveler-dancer Matt. He had the good idea to make it a blog post and edit the little video above. 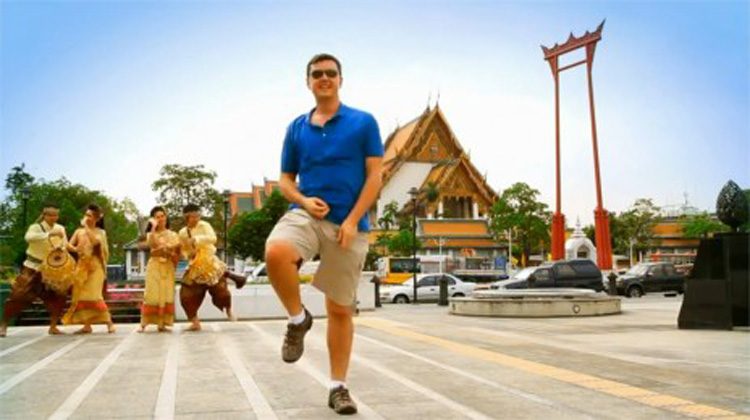 Addition - December 2011 : Recruited by the Thai tourist office (TAT) and again by the Visa bank card, Matt Harding dances to restore the image of Thailand among tourists, after the terrible floods of autumn 2011. The spot is no longer available today. I wrote about it at the time on this other blog:
➜ The return of the man who dances: in Thailand

Addition - June 2012 : Matt Harding posted this new video on YouTube, which compiles his little dances performed all over the world, for several years.

Addition - November 2016: Matt has done it again, with a new little dance that starts in Cuba... At 0'56, we can see him in Paris. Note, at the very end of the video, that the succession is assured. The tourdumondist dancer turned father now has two offspring to perpetuate the adventure...