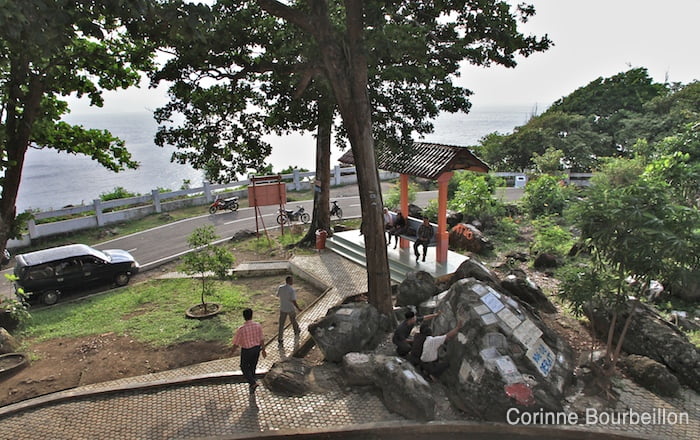 The place is named after "Kilometer Nol". Zero Kilometer. This is where Indonesia begins. This is the most westerly and northernmost geographical point of the archipelago, just north of Pulau Weh. The island itself is a confetti off the northern tip of Sumatra.

Here there is a cliff beaten by the wind and the waves, where Indian Ocean meets to the west and Andaman Sea to the east. A ugly official tiled concrete monument marks the place.

Around: commemorative plaques and graffiti, parking and refreshment bar. Some monkeys are rummaging through the garbage and lots of people are taking pictures of each other... 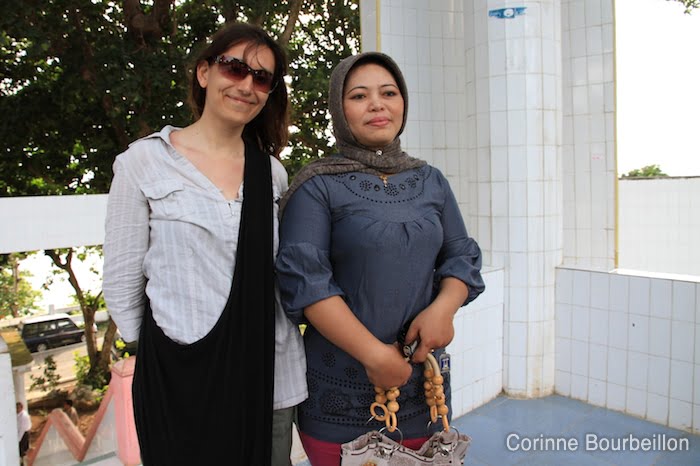 Like a Gapang Beach, impossible to escape the ritual of souvenir photos ...

Again, I posed with good grace and photographed, at their request, strangers, too happy to admire then on the digital screen.

The place is particularly popular in the evening, at sunset. The trip to get there is a nice walk.

New tar, in excellent condition for driving, very little traffic. The road runs along the north-east coast among the hills, between mangroves, strikes a bit desolate at low tide and bits of bushy jungle.

You just have to watch out for the cows, on the way back to the villages. They like to stay in the middle of the road and do not move when a motorcycle or a car arrives ... 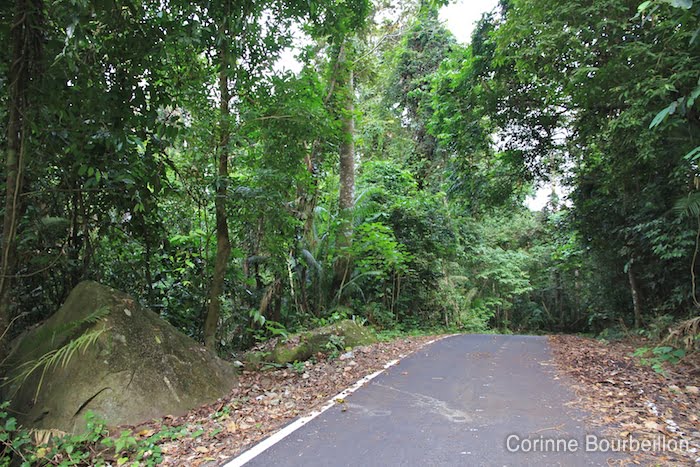 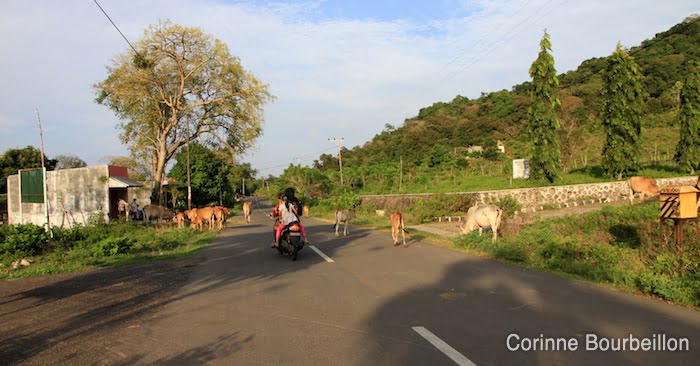 Motorcycle scooter rental costs around 70-80 000 Rp the day, or 40-50 000 Rp the half-day. And I, who loves so much the strolls nose in the wind, I regret a little not having found the time to travel further the island.

With all the dives investigated day after day, I only managed to free myself for half a day for this land trip to Kilometer 0... Very busy, the holidays!

In fact, where Indonesia really begins, it's in Pulau Rondo. Another island, smaller, a bit farther north. You can also dive, but you have to organize with one of the dive centers to rent a boat.

Celebrate the reconstruction of Banda Aceh

By researching this famous Zero Kilometer on the internet, I discover that a great festive and commemorative evening (and broadcast on TV) must be organized on December 31, 2011, to celebrate, seven years after the tsunami, the rebirth of Banda Aceh region and thank international NGOs for their support of the reconstruction effort.

If you read English, the explanations are here: Twilight @ KM0. A strong symbol, obviously, this Zero Kilometer ...