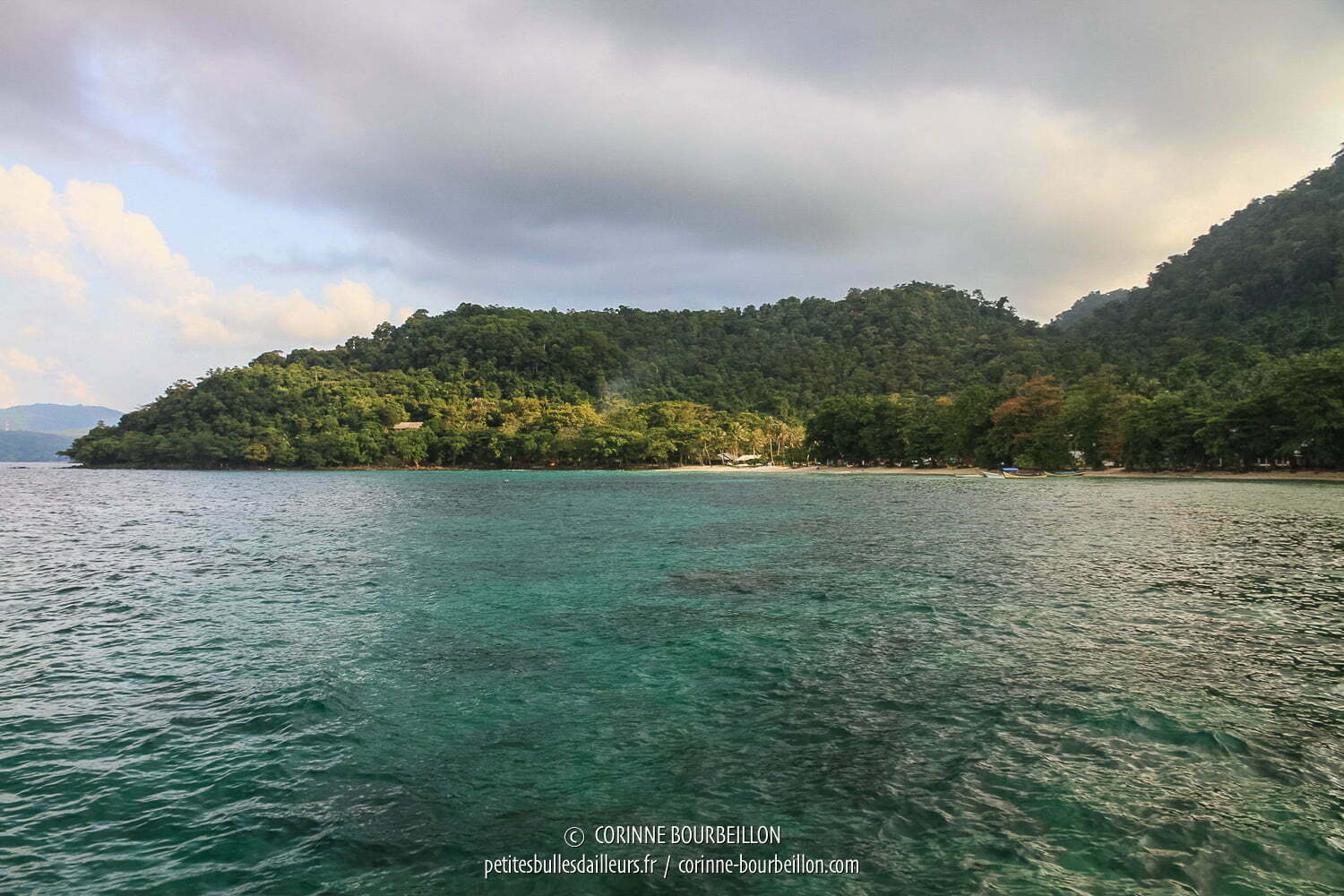 I was dreaming about it, I'm here! Pulau Weh is a small Indonesian island located on the northern tip of Sumatra. The region is well known: it's the one of Banda Aceh, which was devastated by the tsunami of December 2004. Pulau Weh is not very touristy and is famous for its underwater world.

Five years after the tsunami

The island is on the border of the Indian Ocean and the Andaman Sea, just in the extension of the islands Nicobar and Andaman (which I will surely visit one day, later ...).

There have been quite a few casualties here on Pulau Weh, during the terrifying and deadly tsunami of December 2004, unlike the rest of the Banda Aceh region on Sumatra itself.

When the water retreated in the distance, a sign of an imminent wave, the people of Pulau Weh were able to take refuge in the heights. Apparently, some knew the phenomenon and alerted others of the danger.

Just over five years after the disaster, the city of Banda Aceh, the regional capital, is being rebuilt. With a lot of ugly concrete decorated with glaring advertising signs (as in so many other Indonesian cities), as I could see when I went to change money before taking the ferry... Life has resumed in North Sumatra. The separatist movement is no longer relevant and visitors are starting to come back.

Pulau Weh has the effect of being very quiet. Only two ATMs (ATMs) in the town of Sabang.

On the road between the pier and Gapang Beach (where I chose to land), we come across bands of monkeys, cows and goats on the prowl, dogs, chickens and children crossing anywhere, anyhow... Ah, the Indonesian roads !!!

Before leaving, I gleaned a lot of information on travel forums. And this recent trip report, on the excellent Transverse notebooks, made me want ...

I contacted the diving center Lumba Lumba, held by a Dutch couple. This is where I am installed.

Their bungalows are great. And the mention "free wireless internet in the rooms" more than titillated me, I must say... 😜

They too had to rebuild everything after the tsunami. In the photo below, the white line that we see on the windows of the floor is the level that the water has reached ...

I have not explored the island much this Monday. I mostly spent my day sleeping ... The jet lag and the tiredness of the trip got the better of me.

But I managed nevertheless to make some images of my immediate environment, at the end of the day. And found the simple pleasure of smiling ... in response to the smiles that people spontaneously send to you as greetings, when they cross you.

Ah, it's so good to be back in Southeast Asia!