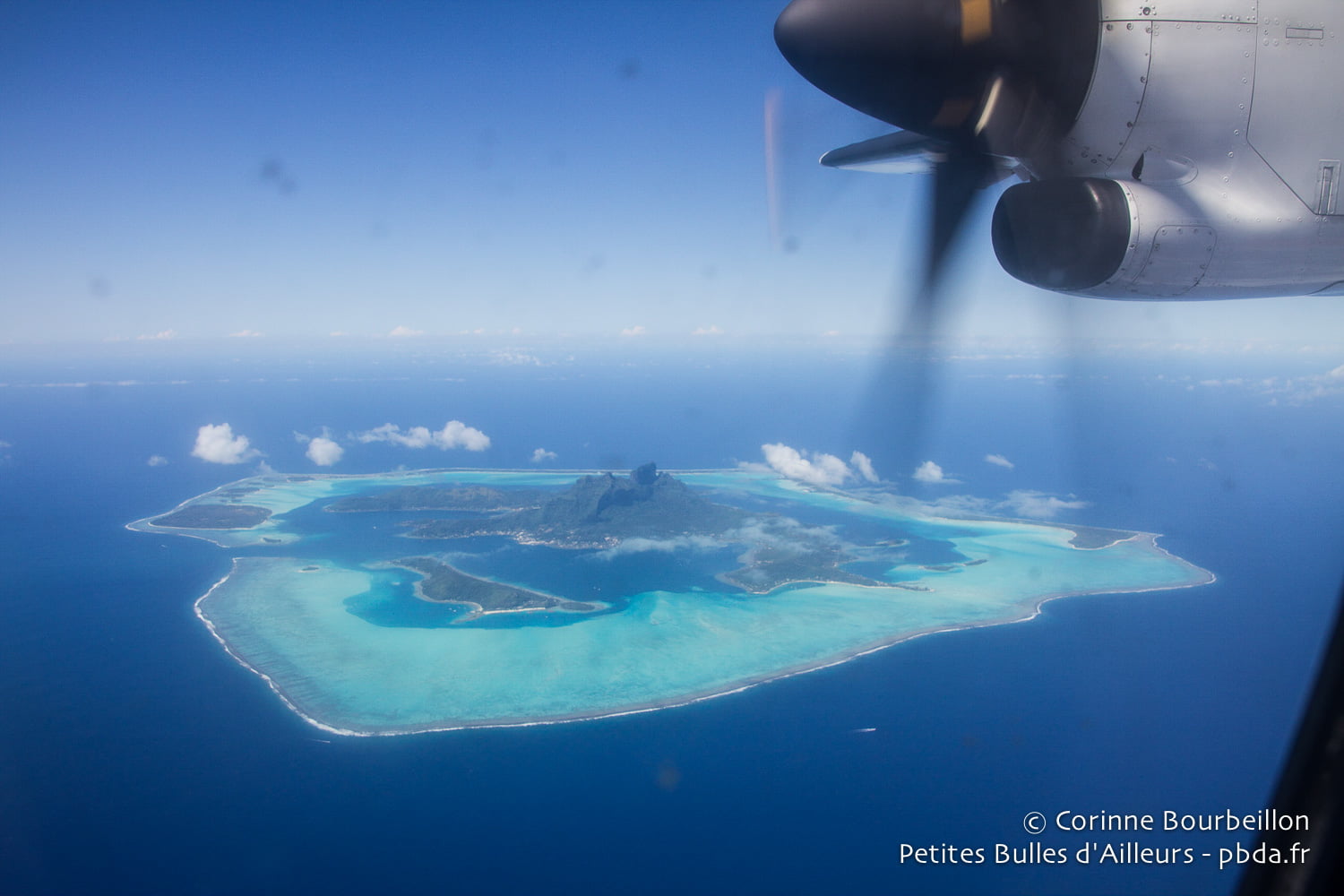 Bora Bora from the sky.

Five archipelagos comprising 118 islands and atolls, scattered across the Pacific, over a territory as vast as Europe... Polynesia is just huge!

Nothing beats a card

I was there… in october 2012. Two and a half years have passed already. I dream of returning to Polynesia and one day having the time to explore its five archipelagos: Society Islands, Tuamotu, Marquesas, Gambier and Austral Islands. In 2012, my two-week trip only allowed me to discover 4 islands out of 118: Tahiti, Moorea, Maupiti (Company) and Rangiroa (Tuamotu).

As before each departure, I wanted to locate myself on a map. I know the islands of South-East Asia, but until then I did not know anything about Polynesian geography ...

On several websites, I found this presentation that I like very much: it's a map that superimposes the five archipelagos to Europe. At a glance, you get the full measure of the immensity of Polynesia!

Tahiti, the entry point, is a high island, the highest in Polynesia (2,241 m). It was born from the volcanic activity of the ocean floor, whose drift and hot spots have created a whole "string" of mountain islands in the Pacific.

And then there are the famous atolls. They're ancient volcanoes too. So old that they've disappeared with erosion: only the coral remains, which has grown in a crown all around. These rings at the water's edge are both beautiful and movingly fragile.

Rangiroa famous dive spot where I spent a few days, is one of the largest atolls in the world: 80 km long by 32 km wide, and more than 200 km in perimeter... When you arrive by plane, you don't see the end of it! Only a tiny portion is inhabited and the widest parts hardly exceed 300 m, wedged between ocean and lagoon. This one has the dimensions of a small sea, which can be as stormy as the ocean!

Coral plays its role as a barrier against the Pacific. But living at the edge of the waves, on an atoll lost in the immensity of the ocean, is a bit strange. I admit, I felt more vulnerable than elsewhere ...