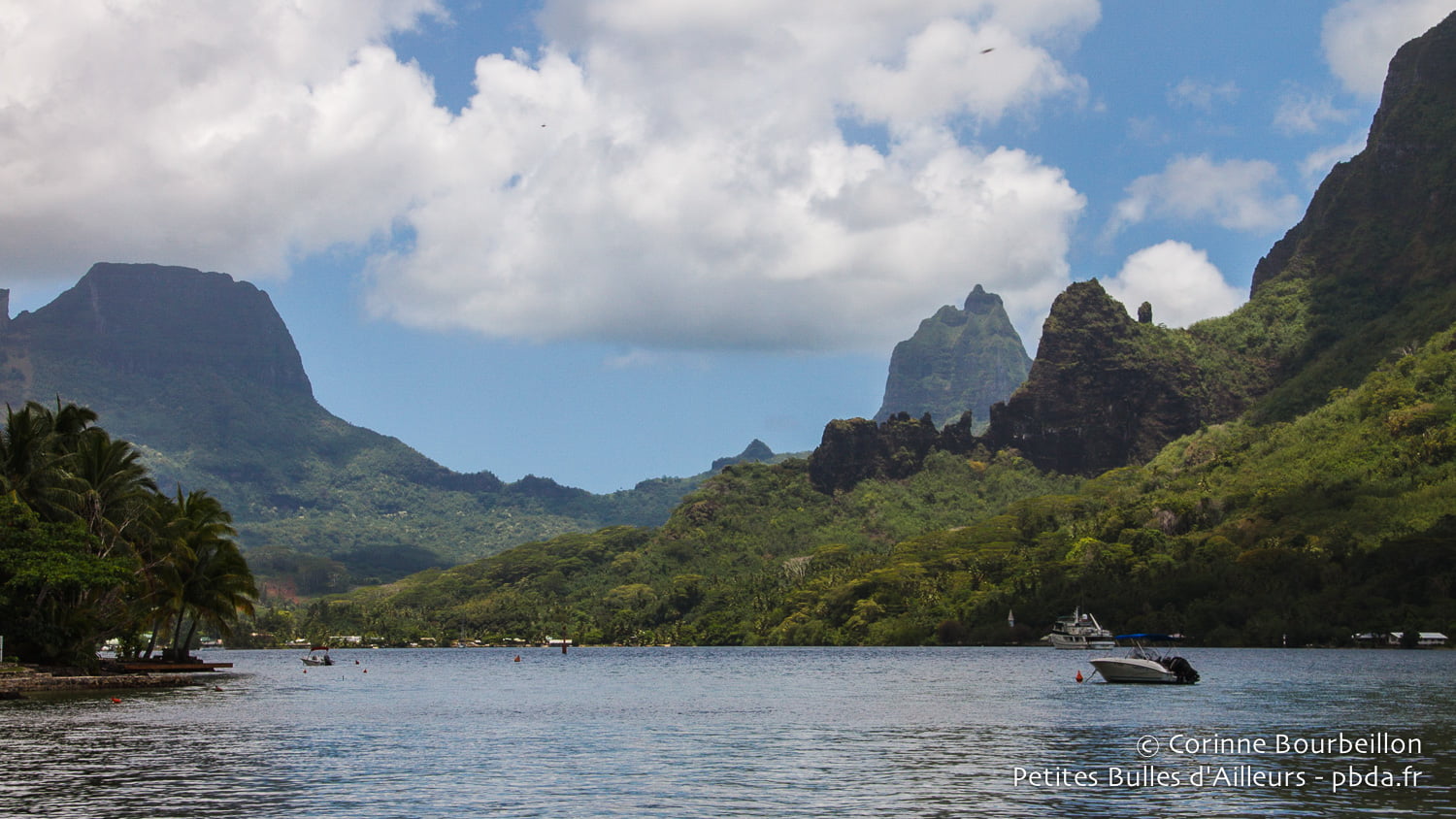 I regret that I could only spend two days in Moorea, the neighboring island of Tahiti. I loved its rugged terrain and lush vegetation, azure lagoon and the legendary Cook Bay.

In the wake of James Cook

October 2012. I am in Polynesia. After Maupiti and Rangiroa, head to Moorea! The crossing from Tahiti fills me with joy. It's a small trip in the big trip.

My girlfriend tourdumondiste and I board a ferry in Papeete for a journey of forty minutes. As soon as we are off and we feel the swell, I have the thrilling sensation of sailing in the wake of James Cook… 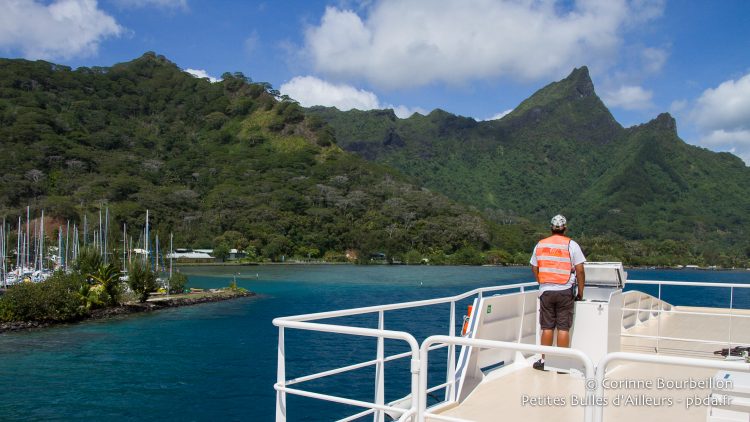 As he had to do two centuries earlier, I look with increasing impatience at the green peaks, sharp as teeth, biting the sky. This island could serve as a backdrop for Jurassic Park !

Moorea's approach is spectacular. I have a great memory of our entry into the bay.

We stay in a nice little rental villa, with private beach on the lagoon. Luxury, calm and voluptuousness…

This stay in Moorea will be brief, but enchanting, filled with simple pleasures: pedaling under the sun to Cook's Bay, playing Indiana Jones with mosquitoes around a "marae" with black stones - an ancient Polynesian temple -, enjoy a salad of raw fish marinated in coconut milk, swim in the lagoon ... Always this intense blue that stings the eyes. 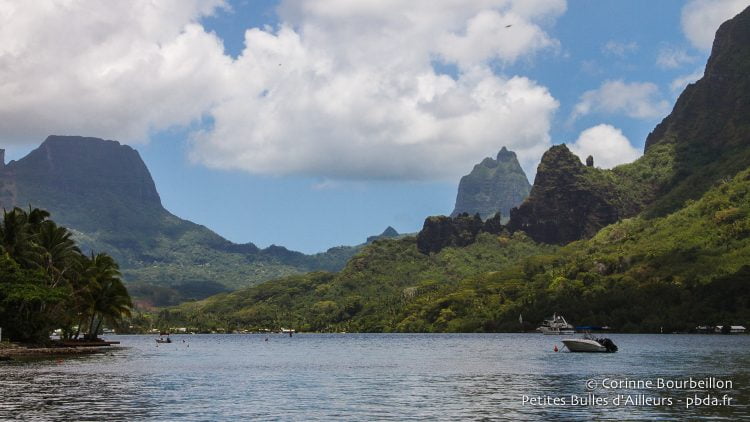 Time is running out - Moorea is the last stop before my return flight - friends organize the next day an express tour of the island by car, with a stop at the belvedere, from where we have a fabulous view of the two bays , Opunohu and Cook, sinking deeply between the steep sides of the mountains.

The gray weather of this last day does not dull my enthusiasm. The island may not have the look of postcard full of blue, but this ambient humidity gives it an additional charm, a little mysterious, less agreed.

And in the evening, on the ferry back to Tahiti and Papeete, I still devour the eyes of the stunning beauty of Moorea - which disappears little by little, engulfed in the blue shadow of dusk ...