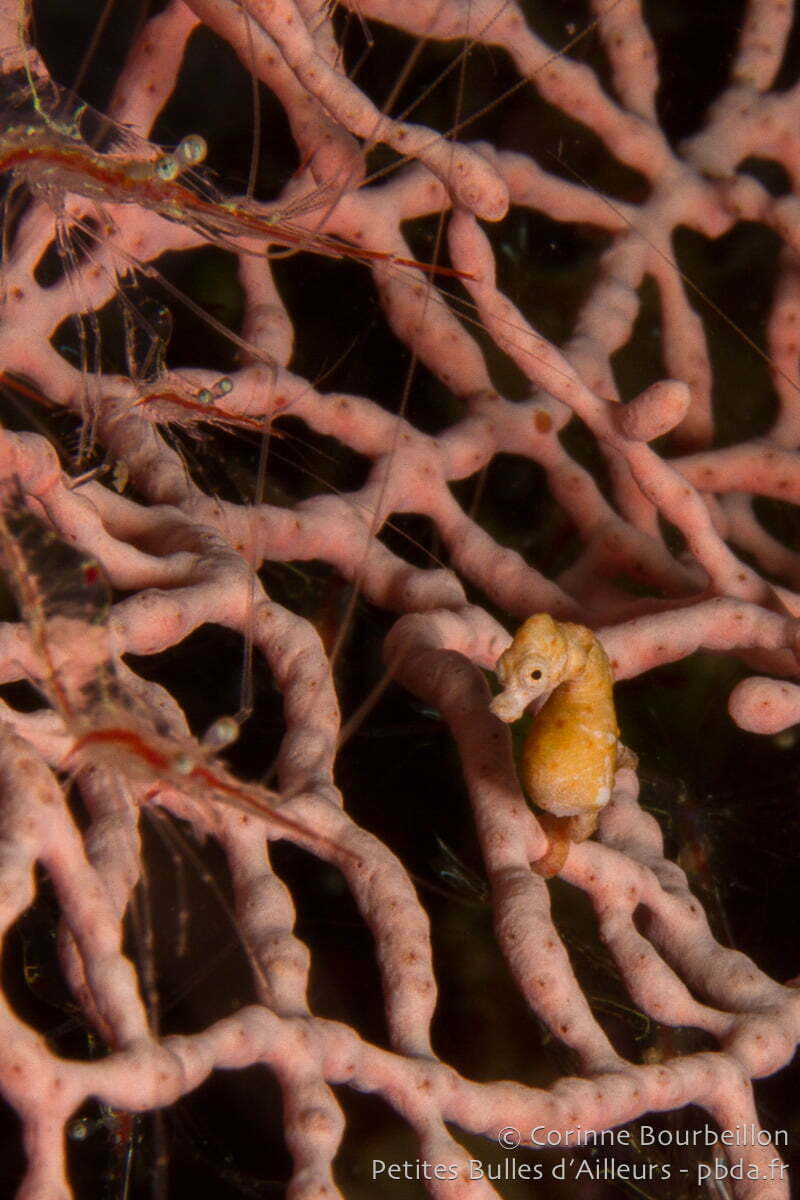 Nothing is more annoying to photograph than a seahorse-pygmy. Too small. Too much camouflaged. Too shy. But his delicate plastic is worth a few efforts.

After the mood picturesLet's go to macro photography ! In the waters of Weda Bay, at HalmaheraIn Indonesia, where I was in March 2013, I am fortunate to have some choice models: pygmy seahorses. 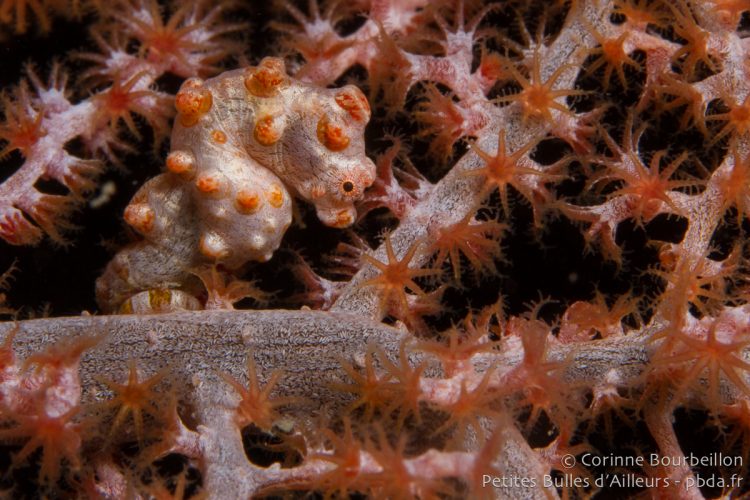 But photographing them is not easy. A real challenge, even ...

First concern, with these miniature sea horses: they are more than "pygmies", they are half naked !!! To be able to observe them, some divers even take a magnifying glass underwater with them. That's to say...

With their size of a centimeter (sometimes less), pygmy hyppocamps are really difficult to spot. We find them by patiently scrutinizing the branches of the huge sea fans of Weda Bay. 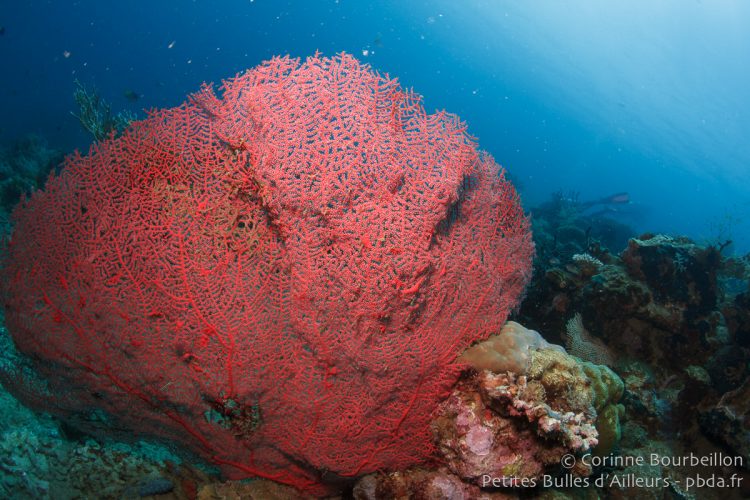 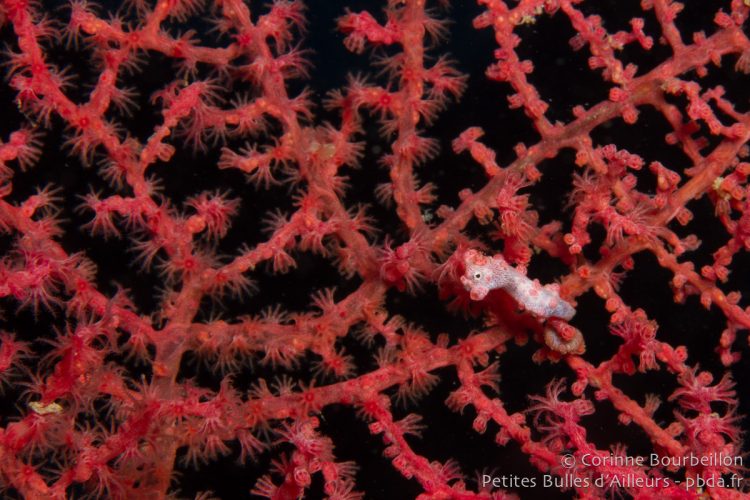 The quest looks a little like looking for a needle in a haystack, sometimes ... But we get there. The proof. 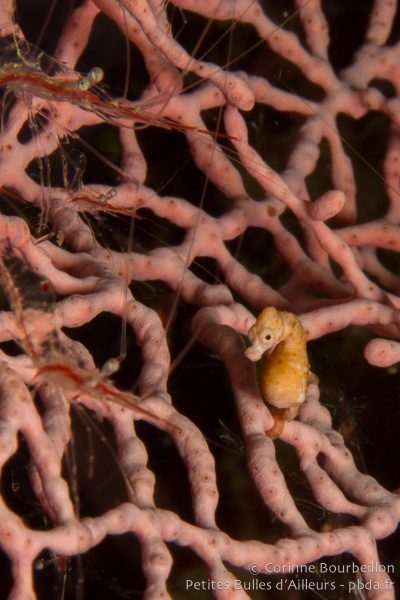 Fortunately, I am helped by the lynx eye of my Indonesian guide, Radyal.

He helps me to see them, in the huge fans of coral, and especially to find them, when, the mask stuck to the viewfinder of my box, I moved a few inches and lost sight of the branch where is hiding the little sea horse on which I set my sights. It takes patience and calm, to successfully photograph the seahorses-Pygmies.

We met two species during our dives at Weda.

Whoever has pink or orange bumps, which are used as camouflage in the gorgonians of the same color, it is a seahorse bargibanti. The little yellow with a bald head answers to the sweet name of Denise.

Second concern: little sea horses don't like to be photographed at all.

Whenever I point my macro lens at them, I get the same acrobat number around the Gorgon branch. Here they start to pivot gently on their coiled tail, the air of nothing, to go on the other side, ostentatiously turning my back ... 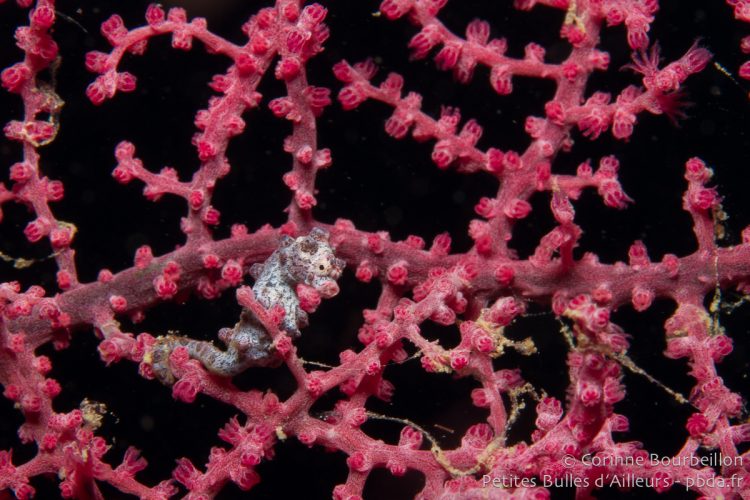 I take a deep breath, go around the gorgon, take back my position, readjust the angle of my flash and the opening of the body. Damn it! Missed again.

The development is very delicate to succeed, on such small creatures, it is played to the millimeter. But their shyness adds to the difficulty. 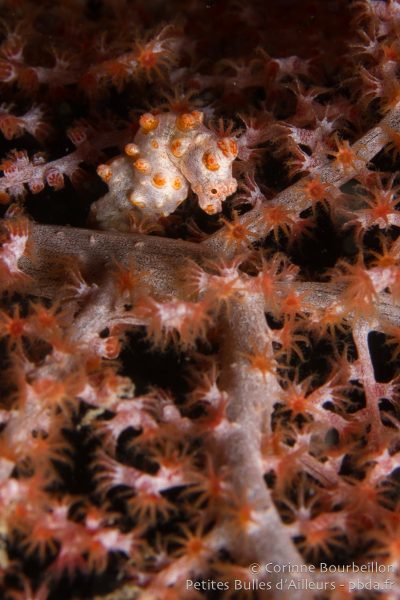 And I really feel like they're taunting me... Chop! I'm still turning my back on you, I don't like pictures.

The repetition of this subtle camouflage maneuver - once, twice, three times - it gets very annoying!

But, by dint of perseverance, I still manage to draw the portrait.

And I'm kind of obstinate, must say ... Able to stay stuck in front of a gorgon for long minutes, under the benevolent eye of my guide, who patiently meshes his string of bubbles.

He's waiting for me to finish, to lead me to another coral fan, a few meters away. He has even done a little round-trip, to check that the gorgon is still inhabited, since its last passage, while I plague in my regulator because of the little cooperation of my tiny model. 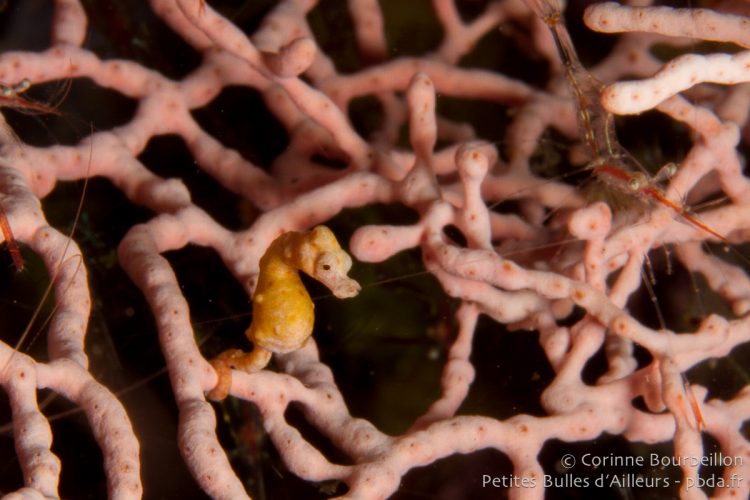 On one of the gorgonians visited, we find a small family of sea horses. But there, I do not strive anymore. Impossible to have everyone on the photo.

I'm just taking a few shots, as a souvenir, with two seahorses in the frame. It's not so common to capture more than one at a time!

When the time comes for the first sorting of images, in the evening, on my MacBook Air, I eliminate a lot, without a qualm. But how far have I come from my very first images of seahorse-pygmy to compact, in 2008 (to see right here and the)…

I do much less "macro" since I got my new toy, the fisheye lens. Tokina 10-17great for underwater ambience photos. But in Weda, the tiny sea horses gave me back the taste of the "little one".