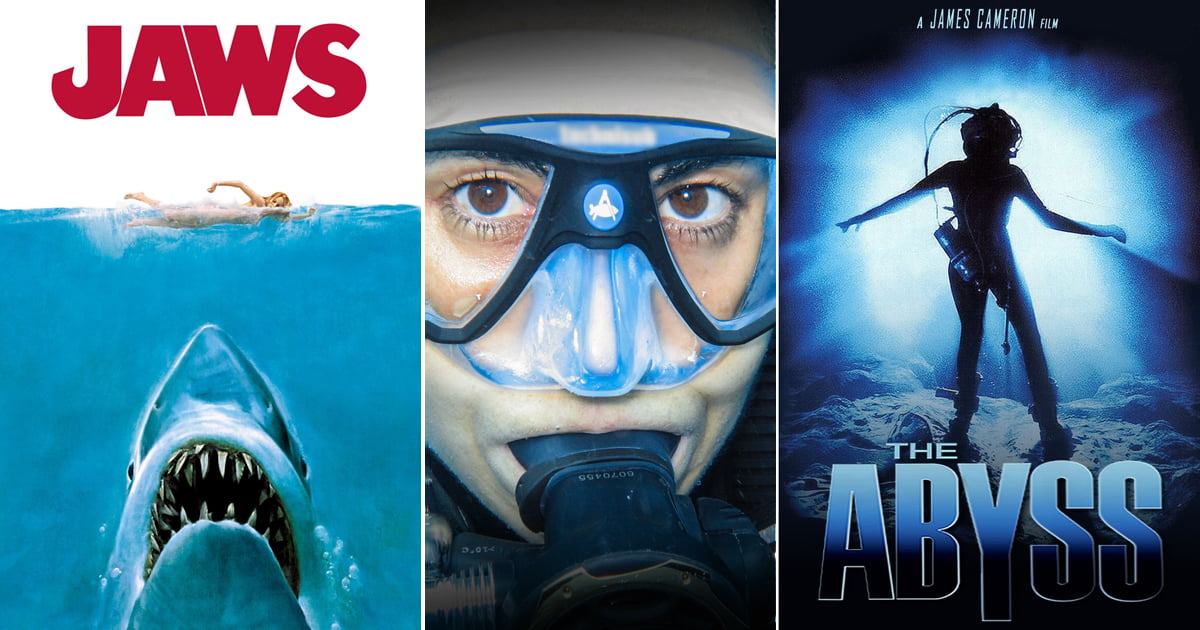 When I talk to non-divers about diving, two questions, always the same ones, arise. Girls: "Aren't you afraid of sharks? » Boys: "Are you going deep? » Syndrome Sea teeth in these ladies, fantasy Abyss in the gentlemen's room!

I am not a psychiatrist But I have my sexist theory with two bullets, on the perception of diving by men and women.

Disclaimer : Careful, eh! Nothing serious in all this, all the following is to be taken with irony and to the nth degree !!! 😉

Boys, on the other hand, always ask me: "Are you going deep? » On the male side, it looks more like performance anxiety. Variant of the farthest peeing contest?

In short, scuba diving inspires fears and fantasies, which are well symbolized by these two films: The Teeth of the Sea (Jaws) from Steven Spielberg for fear of sharks and Abyss from James Cameron for the intoxication of the depths.

Many people do not know that clownfish attacks (without consequence) and triggerfish (sometimes painful) are more frequent than those sharks. And that we do not even need to feel the intoxication of the depths to cross harmless gray sharks, white tip or black tip, Whale sharks, Wobbegongs or zebra sharks ...

→ See all my articles with sharks in (with or without teeth)

Well, these questions, from non-divers, I can still understand ... They do not know the underwater world.

But where it becomes comical, it is that these differences between male and female reactions are also observed among the divers and divers aboard on the same boat ...

Would they have looked too much The big Blue ?

Some gentlemen, when they come back on board, after a dive, absolutely need to know how deep the others have come down. Ordis dive on the wrist, they go there their virile comparisons, measuring the meters as they had to measure the centimeters in the playground.

Some have watched too much The big Blue Luc Besson, too, no doubt ...

The little game of comparisons becomes very funny, when we move on to the "contest" of those who consume the least amount of air. Here, girls are often the big winners!

We can not do anything about it, it's like that, a question of size, of morphology. Women are generally more air-efficient than men. Real champions. Everyone leaves with about 200 bars in their bottle.

But when the gentleman comes back with 50 bars or less, the lady often still has 80 or even 100 bars in stock! 👌 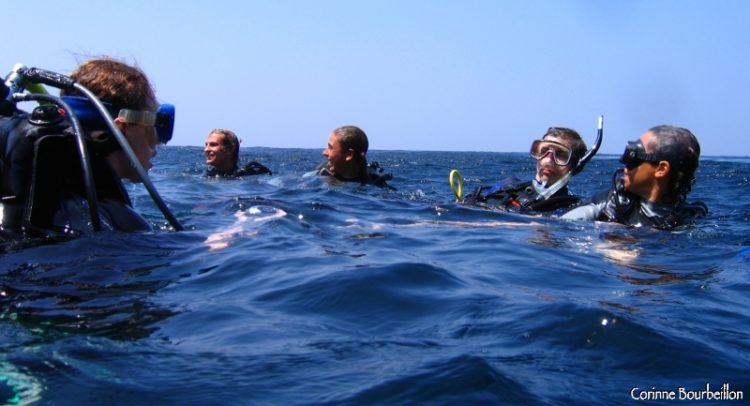 The macho does not stay long under water

So, I laugh in advance when I see landed some couples on a boat ... Of those who do not have much experience in diving, with a guy who plays macho and know-it in front of his girlfriend and the rest of the team.

She will listen attentively to the briefing and follow the advice of the guide. Dare to ask questions and take care not to touch anything under water (and then she saw JawsWell, she knows that the beasts that populate the seabed are full of teeth and sharp pointy things).

In general, she will have a long, pleasant dive. She will see lots of cool stuff, because she will always keep an eye on the guide who is there to show it to her (as long as the guide does her job well, but that's another debate). She will go back enchanted. With a little luck, she will even have seen a shark. And will not be afraid of it anymore.

His companion, however, often needs no one's advice. At most, he will deign to ask questions about depth. Explaining that he can go well beyond the 25 or 30 metres maximum announced at the briefing. That's how it is: some males don't see the point of doing so-called "recreational" or "leisure" diving, without decompression. And they find it even harder to understand that in certain exotic places, where the water is warm and full of fish, you don't always have rescue services or a decompression chamber nearby...

As a result, this kind of guy will empty his air bottle at full speed, wanting to go too low, too high. You can spot him quickly, underwater: he's the one waving his arms and legs like a madman, shaking the bottom, scaring away the fish...

In addition, it is also the kind to get upset if he has to go back on the boat before the others, with one of the guides, simply because he has sucked all his air.

Are you going deep? Aren't you afraid of sharks?

Yes, all this is very caricatural, I agree ... But as are certain behaviors (whether diving, driving, or in everyday life).

Still. Every time I start a conversation about my dives with someone who knows nothing about diving, I know in advance the question that will be asked, depending on whether the person I'm talking to is a man or a woman: "And you go deep? » or else: "Aren't you afraid of sharks? »

In short, impossible to escape the clichés that haunt the feminine and masculine imaginary when it comes to diving. It is Jaws or Abyss !