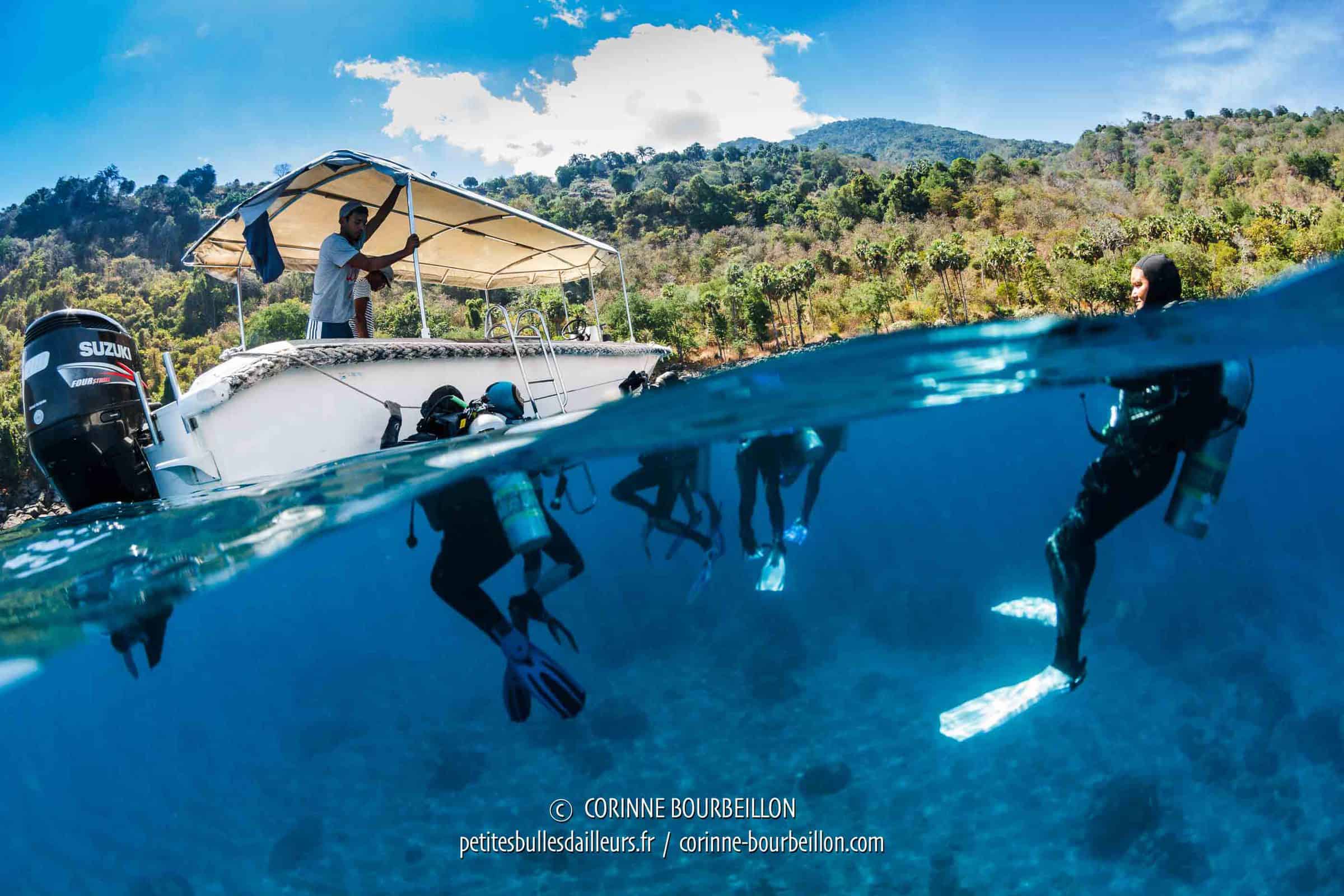 It was last summer, in July 2018. I was back diving in the waters of the Alor archipelago in Indonesia, to explore its gorgeous coral reefs... often swept by crazy currents !

COVID-19. When will we be able to travel to Indonesia from France? As of the date I edit these lines, foreign tourists are not allowed to enter Indonesia. At the beginning of 2021, Indonesia's borders remain closed to visitors (except for holders of diplomatic or service visas and residents with Kitas / Kitap permits, subject to health checks). Only domestic tourism (also with health checks) is allowed: Bali reopened on 31 July 2020 to visitors from other provinces (or to foreigners already in the territory), Raja Ampat on August 22.

Far from the crowds in the Alor Archipelago

This is my second time staying in Alor. Six years have passed already since my previous trip there, in 2012, that I had combined with Raja Ampat. The Alor Archipelago is located in the eastern Lesser Sunda Islands (Nusa Tenggara Oriental), just "above" Timor.

Go. In six years, air links have improved and Alor is easier to reach than before. But you always have to go through Kupang, capital of the Indonesian part of Timor. The company Garuda Kupang dessert from Jakarta or Bali. Then Lion Air / Wings now makes the Kupang-Alor link.

Alor is still away from mass tourism. It has a very pleasant sensation of the end of the world. Here, the 3G network to connect to the Internet is random and not big-speak English. An atmosphere that will appeal to lovers of tranquility, nature, authenticity .... ???? Another corner of Indonesia perfect to disconnect, far from the crowds.

I returned to the same place as in 2012, on the island of Pantar, at Alor Divers, a small diving resort created by a Franco-Slovenian couple, Gilles and Neya. I would have liked to see them again, but they were not there during my stay. The place remained beautiful and peaceful, as in my memory, designed by and for divers, with tasty food and lovely home. "Detail" very appreciable for those who travel solo, like me: there is no extra charge single about the rates ... ????

We stay in simple but comfortable bungalows, with terrace, hot water and all the necessary electrical outlets for recharging batteries. Hidden in the vegetation, they preserve privacy, well apart from each other, facing a deserted beach. On the horizon, the conical profiles of the volcanic islands of the archipelago. It's beautiful!

How (almost) drown his camera

On site, I find my diving partner since our cruise in May 2018, in Tubbataha in the Philippines: the marine biologist Steven Weinberg.

I take this opportunity to warmly recommend his books of identification, which are THE reference in this field. Volume 2 of Discovering underwater life: Red Sea, Indian Ocean, Pacific Ocean has just been released by Éditions Gap, a must for divers who love bio (and nature lovers)!

Thanks to Steven, I was able to observe a dugong in Alor, as I said in the previous post… ???? 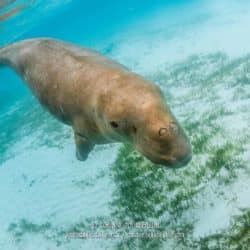 And it was also thanks to him that I was able to bring back underwater photos from this Indonesian trip. Because I almost flooded my device during my very first dive in Alor! If Steven hadn't spotted the leak, my Canon would have been drowned in salt water…

The drama unfolds in 15 meters depth, after 30 minutes of a quiet dive, on a site protected from the current. I am in front of an imposing pink sponge-barrel on which is perched a white fish, very photogenic, that just showed me Dena, the Dutch instructor of Alor Divers who accompanies our palanquée ...

I'm about to start, when Steven comes into my field of vision, eyes wide behind his mask, pointing at my box. A transparent Ikelite box, supposed to keep dry my Canon Eos 7D locked inside. I put a few (too) long seconds to understand (and react) ...

I quickly tilt the dome down, it forming like a jar collecting water, which I see the level up, a little too fast for my taste. I motioned to Dena, thumbs up: I interrupt the dive, I go back. She accompanies me to the surface and returns to join the palanquée.

The boat is there and picks me up right away. On board, the captain and boatman are surprised to see me go out before everyone else. I give them the drowning at arm's length by explaining to me especially to hold it horizontally, the dome full of water down, the time I go back on board ...

I came back to the surface just in time! When I took the SLR out of the box, I noticed with relief that the water inside only scratched the glass of the lens in the dome. Neither the camera nor its holder containing the electrical circuits connected to the flashes have been wet. Phew! ! !

Back at the resort, the adorable Steven took care of cleaning and repairing the faulty seal of the box.

The cause of the leak? At the beginning of the dive, I had forced on the lateral wheel of the box allowing to operate the zoom. I remember very clearly hearing a little "cloche". But at the moment, it did not alert me more than that ... In fact, the wheel was seized, so instead of rotating it on its axis, my gesture has squarely loosened the nut that held everything !

He is over eight, this box ... I take care of my travels and I had no major problem before that day. I cross my fingers to make it last.

Another little photographic disappointment: one of my flashes dropped me during this trip... (When it does not, it does not.) That, it had happened to me in the past (to Raja Ampat ????). A concern with the internal electronics. Impossible to repair on the spot.

It's annoying, it's frustrating, but we can still take pictures, just relearn to hack with a single source of light ... A little extra challenge to have fun under the water! ????

The repair has held, the box has returned to the water with me and I am happy to have been able to bring new images of the underwater treasures of Alor ... Six years after my first visit to these places, I find with happiness coral reefs in good shape  !

I also find these unpredictable currents characteristics of the archipelago (and Indonesia in general), which sometimes force us, when they are too strong, to give up certain sites. But no matter, there is always a more sheltered to fall back on, to embark on a new underwater treasure hunt!

Despite my only flash, I had fun with the pictures under water ... I give you a small selection below, in memory of this wonderful week spent in Alor.

After Alor, I headed for another small island, Sali Kecil, near Halmahera, in the northern Maluku Islands. I invite you to discover this in the article that I put online here → Sali Kecil, another part of the world in Indonesia ????