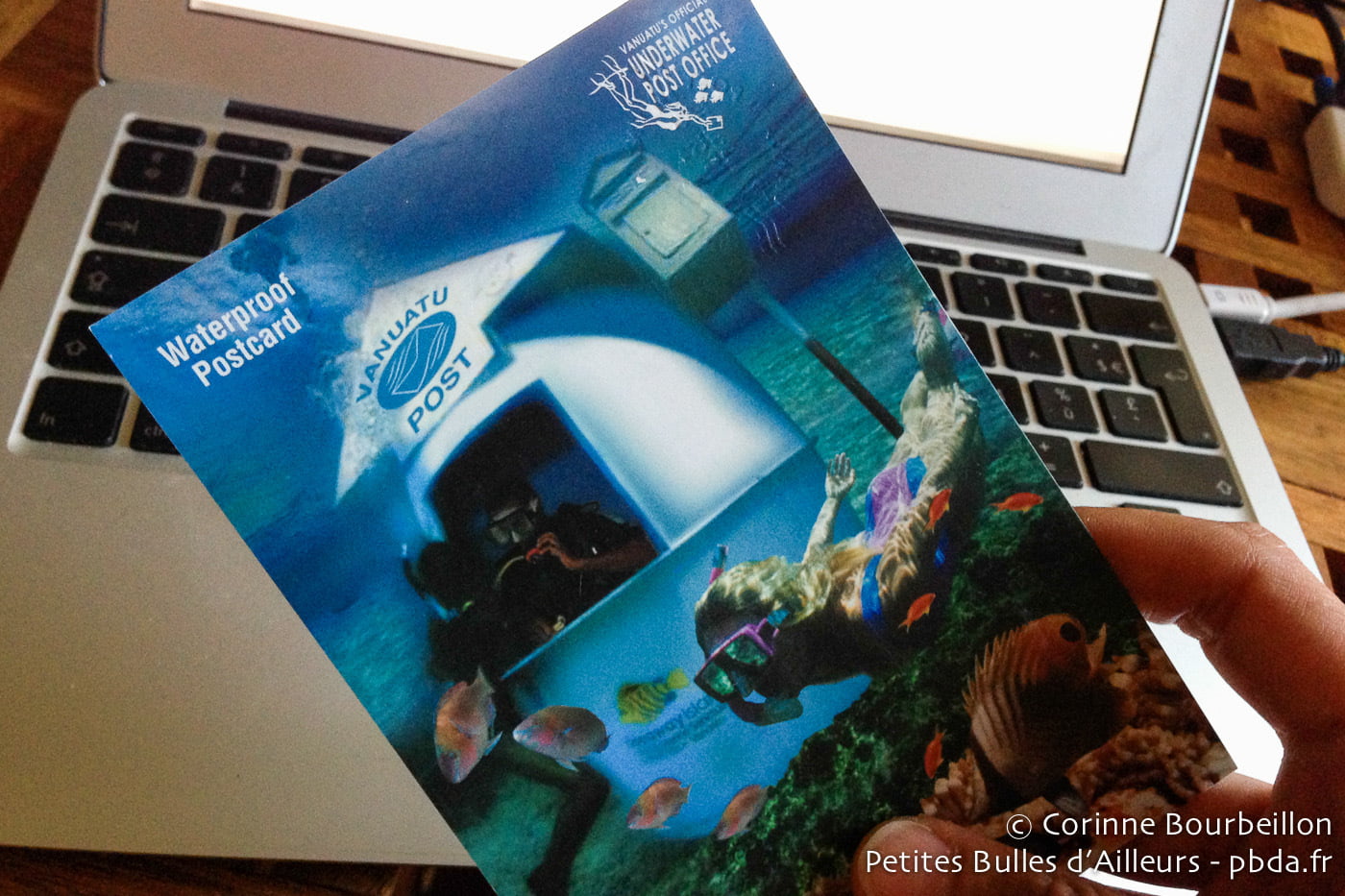 In Vanuatu, there is an underwater post office! Incredible ... Thank you, Didier!

A postcard mailed under the sea in Vanuatu

Surprise of the day: I received a postcard from Vanuatu. A waterproof card, sent from a post office... underwater!

A postcard from far away: Vanuatu! 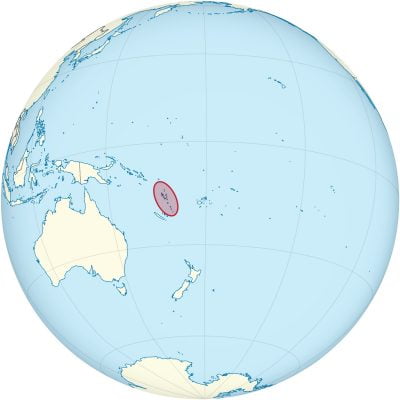 "You got a postcard," says a colleague who's joining us for lunch. A card that comes from far away..." He saw that the mail had arrived in the locker of our service, at the newspaper's headquarters Ouest-France, reindeer.

I discover the postcard coming back from lunch. Someone put it on my desk.

It is Didier, a reader of Bubbles Underwater & Beyondwho sent it to me This passionate diver-traveler, had the pleasure of discovering Vanuatu, in July. We met IRL (in real life) in January 2013, at the diving lounge. I don't believe it! First of all, I'm very touched by this friendly attention, it's really sweet of him...

And, above all, this postcard is not ordinary. Not only because it comes from the other side of the world, in the middle of Oceania, but also because it was posted... under the sea! I love !!!! 😃

This waterproof postcard is made of a special material, which looks like paper but has the strength of plastic. Kitsch as you wish, with a "nice" photomontage, it represents the one and only underwater post office in the world.

This is a real post office, all there is official.

It is located at a depth of 3 metres, about 50 metres from the shore of the island of Vanuatu, which is called "Hideaway", Didier tells me in the little note he writes on the back of the map. What a beautiful name!

To learn more about this unique post office in the world, accessible by scuba diving or snorkeling, I invite you to read this article published in 2011 on the site of Plongeur.com :
→ Submarine mailman in Vanuatu, how's that sound?

No, really, receiving a card posted underwater from Vanuatu is not trivial... And if one day I'm going to dive there, I don't think I'll be able to resist the pleasure of posting one myself. A thousand thanks for this traveling and underwater wink, Didier !!!

Update : but the most incredible thing in the story is what I just learned, right after posting this post, while chatting with Didier on Facebook. I copy and paste his message below:

"Glad you like it, Corinne! ???? In fact, this idea came to me naturally, especially since it was original to say the least... But the craziest thing in all this is that I'm surprised it reached you ! Indeed, while diving, I lost it ! So that means that someone found it, and put it in the box in my place ! Unbelievable and therefore doubly happy !! 😉 "

Crazy, right? When you think of how much stuff is lost underwater and never found... It's even stronger than the bottle in the sea!

Finally, I also put below a video of the submarine post office, found on YouTube (but turn off the sound, the music hurts your ears):