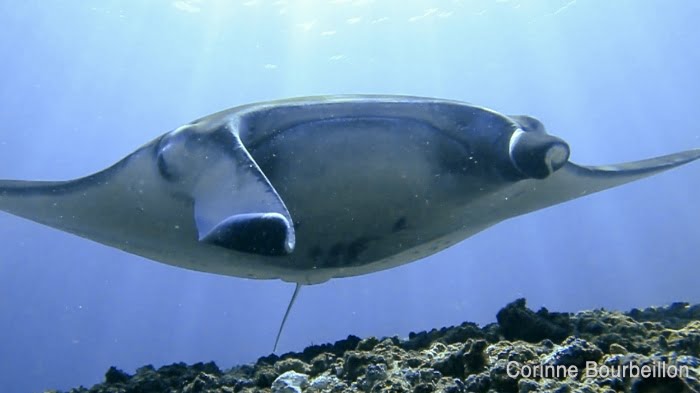 The Manta Ray Who Cuckoo

I can't stand it anymore! Before continuing to tell you more about Flores, I MUST show you this video: a charming manta ray and its friends, met in the Komodo Marine Park... A fabulous corner of Indonesia for divers, the ultimate goal of my crossing of Flores from east to west.

Diving with the mantas in Komodo

The short video that you will find a little bit below was made at Canon 7Dby my little hands a little feverish, in the archipelago of Komodo. At the site called Karang Makassar, exactly.

Besides, they're not shy, the Komodo mantas. One of them, more curious than the others, came to greet me with a graceful unrolling of wrist, uh... horn, uh... what's that thing called again?

Ah, yes, it's a horn. A cephalic horn, even, according to Wikipedia. Or a rostrum, as reported me Johanne, a reader of the blog.