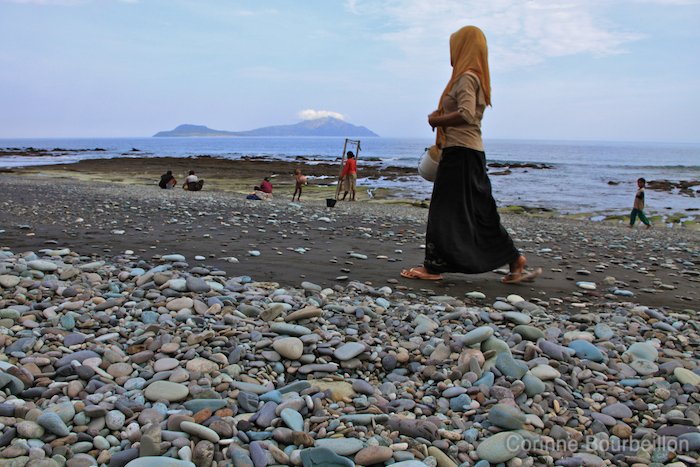 Here, the volcanic black sand of the beaches disappears under colored pebbles. Blue, green, sometimes drawing on turquoise or mauve ... New geological curiosity of the Indonesian island of Flores. This beach is also a kind of open pit, where women and children collect and sort blue pebbles.

For tourists, this part of the coastline located a few kilometers south-west of the city of Ende, is renamed Blue Stone Beach. The beach of blue pebbles.

In fact, it is a succession of several beaches, which stretches over ten kilometers: Nangamboa, Nangapanda, Penggajawa ...

Misir, my driver, drops me off after a strike. It's low tide. On the side of the road are mounds of blue pebbles, sorted by size and color.

I leave to park the car at the other end of the beach and let me walk quietly among the pickers of pebbles. I am quickly spotted. 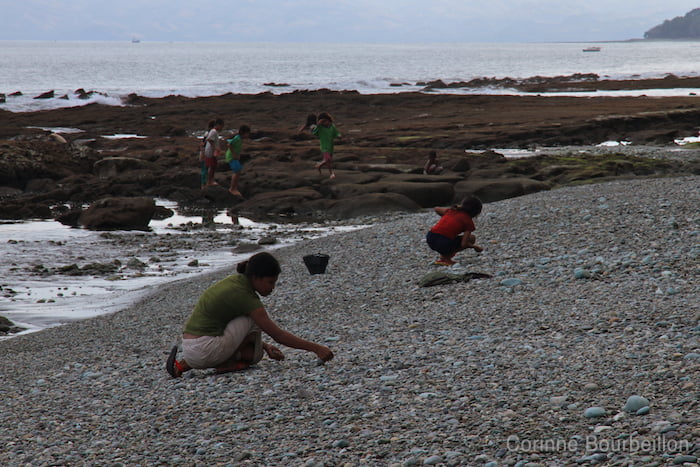 First, furtive glances, a few laughs and exclamations. A small band of children is watching me from afar. The kids end up getting bolder. The less shy come to pose for some pictures. 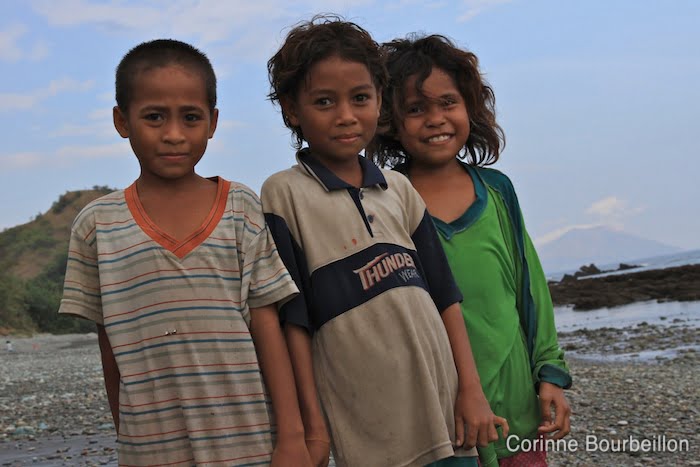 A woman calls me, obviously asks me where I come from. I engage the conversation with my usual "Saya orang Perancis" (I am French). Each time, the few words of Bahasa Indonesia that I manage to stumble relax the atmosphere and win me big smiles.

There are two girls with her. One of them speaks a little English. She refuses to appear on the picture, but gently explains the destination of all these pebbles they sort, tirelessly: they will be used for decoration. Ornaments for walls, gardens, aquariums ... 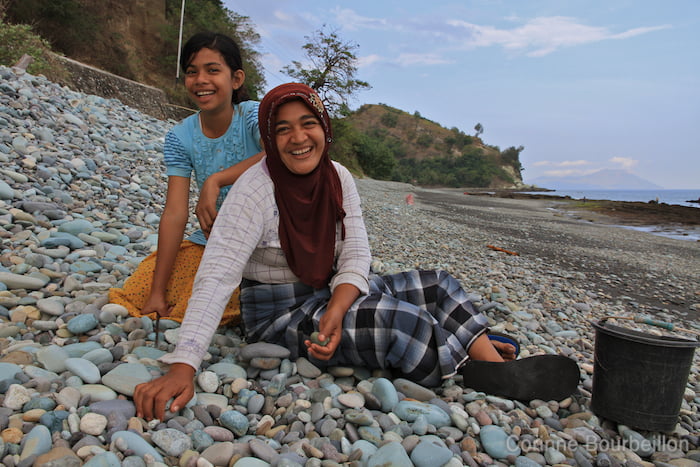 I continue my way quietly, trying not to twist my ankle on all these rollers. The children escort me from afar. It amuses them to see me photograph the pebbles.

The colors are amazing. The pickers prefer round stones, a beautiful turquoise blue. 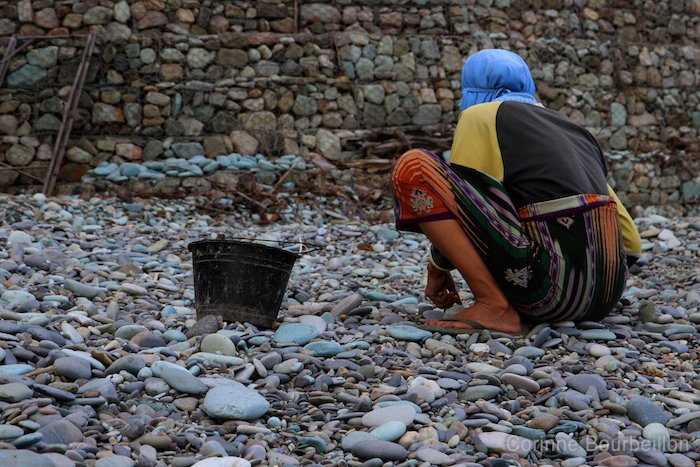 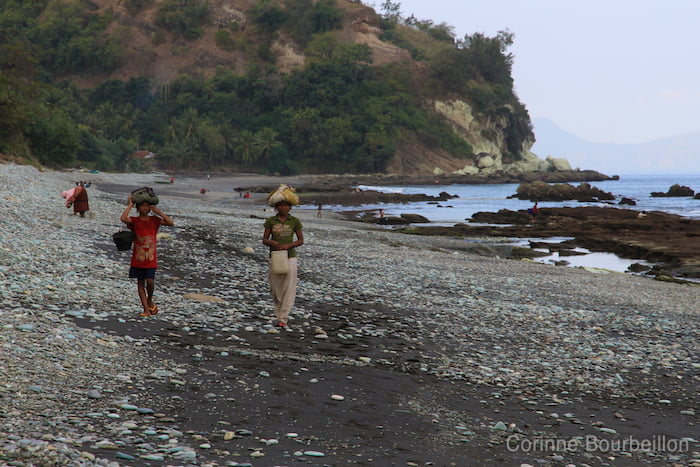 I end up imitating women from the beach. Squatting on the heels, I also collect several small blue pebbles as a souvenir. 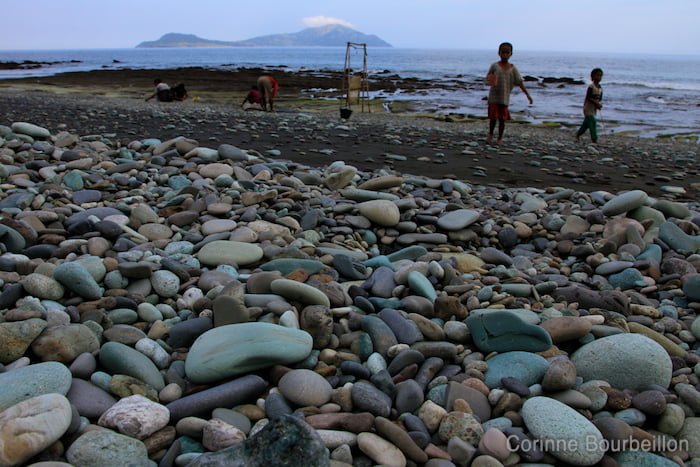