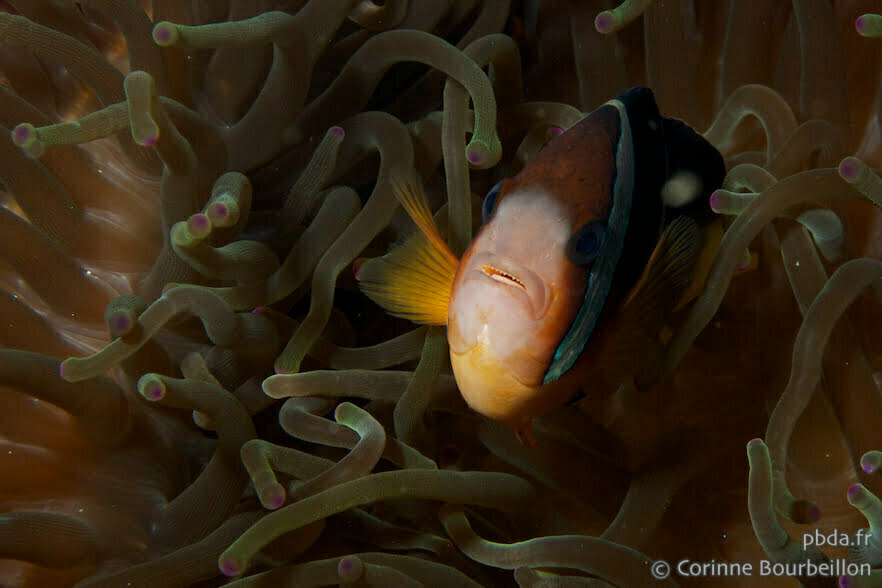 Clownfish have a dirty mouth

The underwater photoit's fun. I love it when the fish pose in suggestive poses. The nicest ones aren't the ones you think they are!

As I travel and dive, I am less and less lenient with my fish pictures. It is no longer enough for me to capture their image. I try more and more to "paint a picture" of them.

The photos are much more interesting when you manage to freeze a fish face, fin raised, in an unusual pose, aesthetic, or suggestive ...

Some portraits reserve surprises... We discover that the clown fish, the "Nemo" popularized by the film of the same name, is not a cute little beast, but an aggressive villain who likes to show off his little sharp teeth.

One realizes that the trunk-fish is a joker, whose mocking pout goes very well with this maddening mania that he has to save himself when one is interested in him.

One even manages to rave about the ugliness of the scorpion fish, lurking in its cruel and false lethargy. His hunting strategy is to monitor without moving the area with his big eyes, to swallow the unfortunate prey who will have the misfortune to pass in mouth.

You will find below a small selection of these "mouths" of fish, photographed in the waters of Alor, this distant archipelago of Indonesia, where I spent ten days, in July 2012.