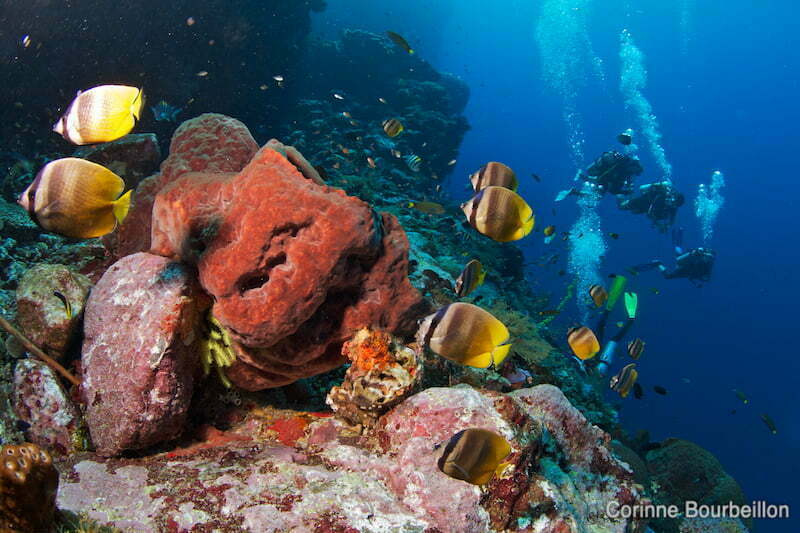 I love taking photos underwater. But kicking with my fins, far less. I realized this while diving in Alor, Indonesia.

More than a month has passed since my stay in Alorin July 2012. A faraway trip, to the confines of Indonesia, dedicated to what I love above all: diving and taking pictures underwater.

Since my return, I continue, day after day, to sort out my underwater images brought back from this lost archipelago - more than a thousand photos!

On my computer screen, I rediscover the beauty of the reefs, full of huge barrel sponges, coral tables, colourful gorgonians... And I remember my dives there. Dives that are sometimes "sporty", as they say.

Strategy of the least effort

I knew, before I left, that there were strong currents in Alor. Having already tried those of Nusa Penida / Lembongan, of Komodo or of Raja Ampat, I'm starting to have some experience with this kind of diving.

But I know my physical limits and I'm also a little cluttered underwater by my 7D's bulky housing. Underwater photography involves a strategy of the least effort. Drift dives, where you just have to let yourself be carried by the current, without having to fight, suit me well. The dives where you hook yourself on the reef in the current, to enjoy the show without getting exhausted, suit me very well too. On the other hand, to swim against the current, or to follow a group that advances too fast for my taste, with big and energetic kicks, is much less my thing.

I'll admit it: I'm aquatic, but not athletic. I am a contemplative diver (understand: slow). I am thrifty in my movements, I try to make the air last as long as possible . 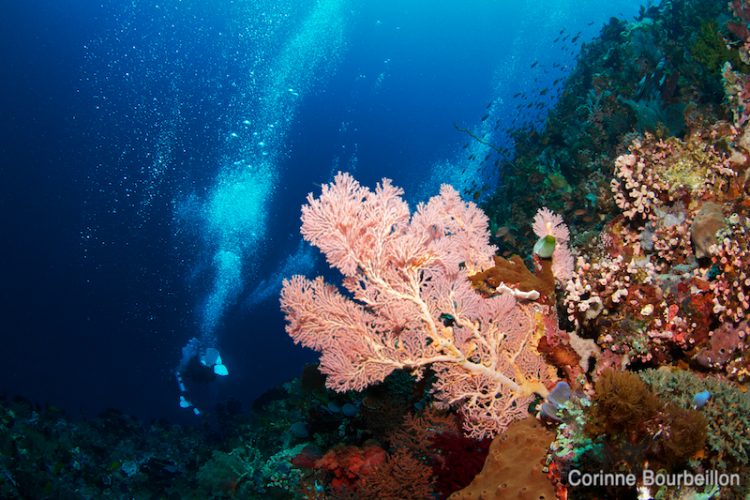 As a result, Alor's rather "sporty" dives don't always fit in with my usual strategy of making the least effort, I must admit...

I often find myself lagging behind, because of my mania for taking pictures on the way (instead of going all the way like my little friends). Then, I'm totally unable, physically, to catch up with the others... (What do you mean, photographers are a pain in the ass? 😈 )

As a result, if I have to come back against the current at the end of the dive, I don't even try anymore, knowing that I might run straight into exhaustion. No need for that. We may as well meet on the surface, instead. Safety first, huh.

In these cases, I prefer to let my little non-photographer buddies continue to kick furiously (after all, if they like it) and I go up to a shallow depth, a little above them, just to finish my dive at ease, to take some more pictures closer to the surface, where there is more light, and to degas quietly without risking to run out of air. A sign to Gilles or Jenny of Alor Divers – always vigilant – is all it takes.

Palmer or photograph? I chose!!! 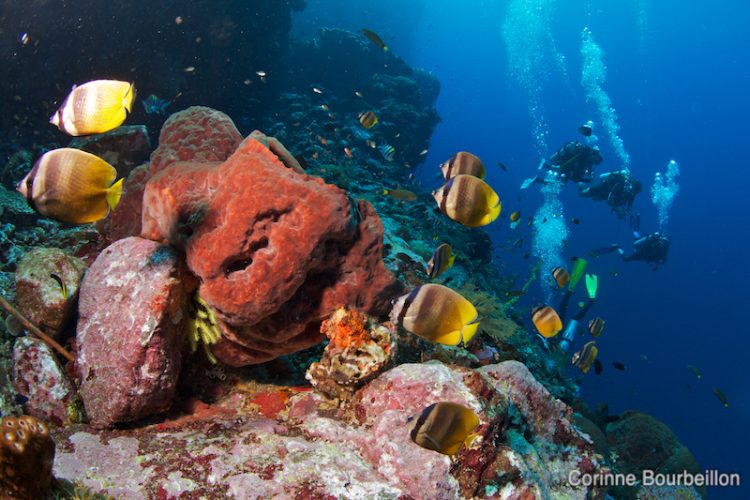 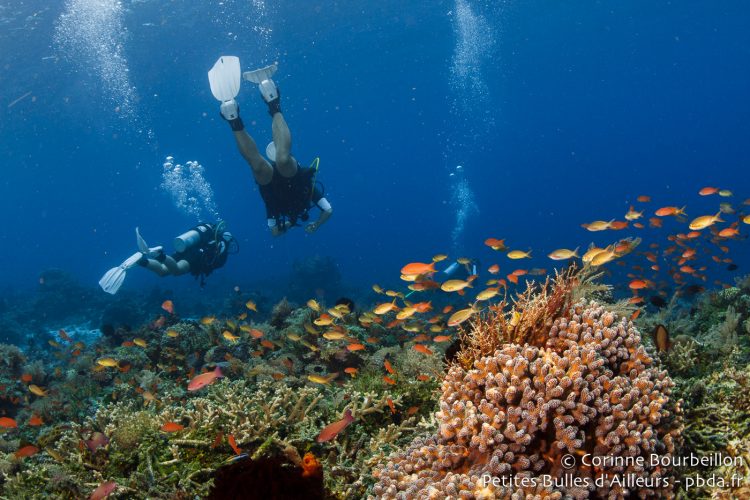 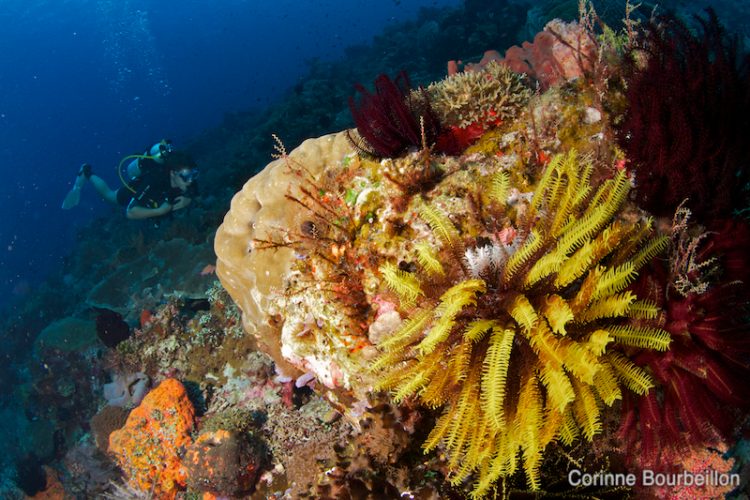 Having said that, I don't regret at all these few "sport" dives in Alor. Nor to have often dragged behind the line for the pictures. It was worth it! Alor's sea beds are magnificent, full of fish, colourful...

A confirmation with the following pictures below. Click on the thumbnails to see them in large format.