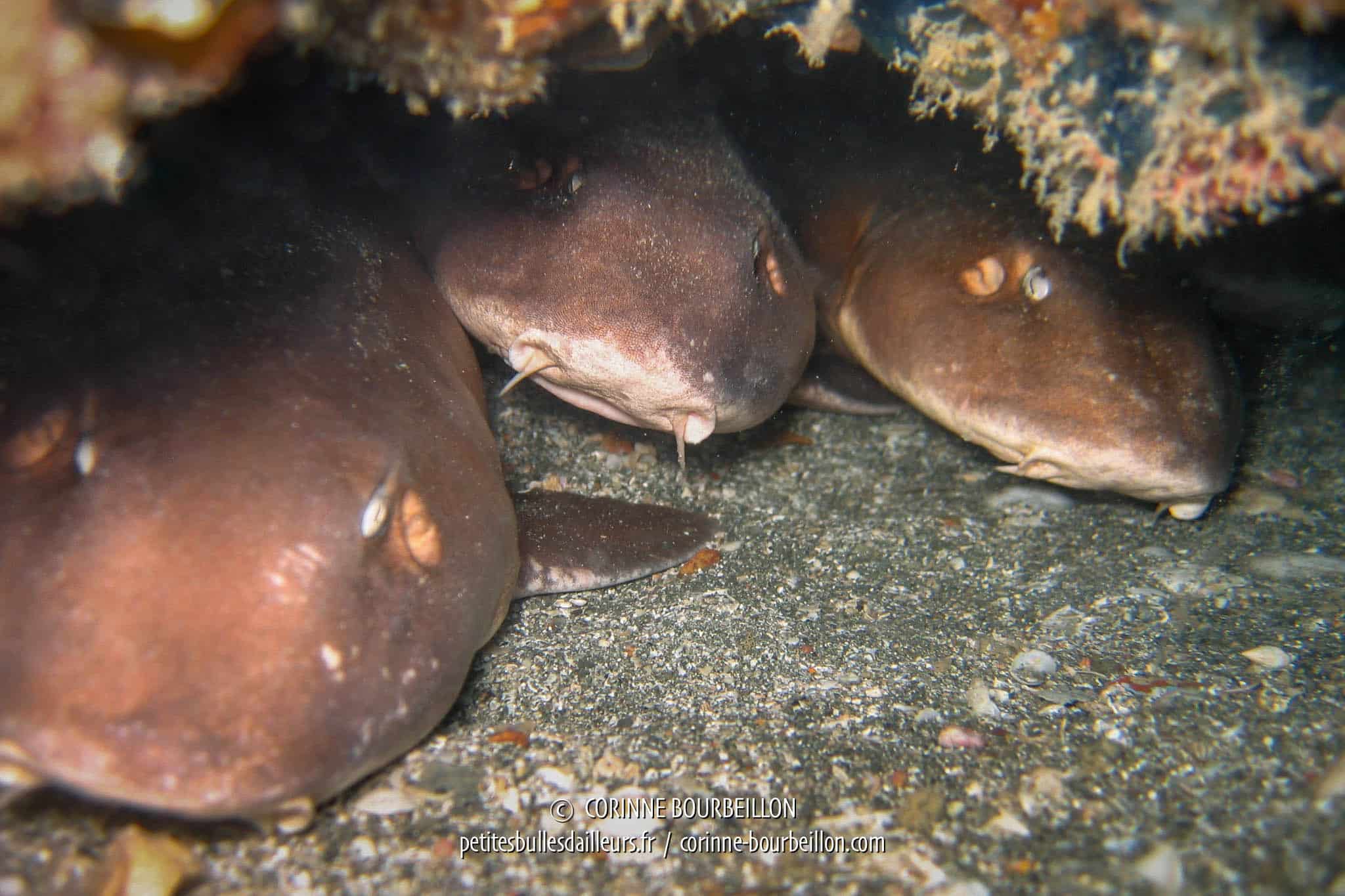 Babies sharks scared by the light of my flash. (Perhentian Islands, Malaysia, July 2006)

I discover the underwater world of the Perhentian Islands, Peninsular Malaysia ...

Located in Perhentian Kecil, Matahari Chalet, I connect the dives, since July 1, at a reasonable pace of two per day.

Appointment every morning at 8:30 to the club for the briefing, return to 11am, lunch, new dive around 13h, which then leads me to the nap time, 15h.

I wallow in my hammock, suspended between the pillars of my new bungalow, and I doze off without difficulty.

I asked to move to a different "cottage" than the one I was assigned when I arrived. My new bungalow is less exposed than the other one and far from the noisy TV of the restaurant, but unfortunately closer to the generator...

That said, I made myself there, at the buzzing of the generator. And then, who says generator, says electricity, light, fan, reloading the iPod ...

The dives are nice, but not exceptional. A little bit below what I was hoping for ...

But the visibility that I thought was excellent, given the amazing clarity of the water on the beach, is not that extraordinary during our dives ... The fault of a storm of several days, which occurred before my arrival, explained me my dive-master. Runoff from the rain a little disturbed the funds.

The dive that I prefer at the moment is that of Sugar Wreck, wreckage of a freighter carrying sugar, where a whole fauna has taken up residence.

I put below a video unearthed on YouTube, which restores the atmosphere (the diver who made it was lucky, him, to have a good visibility).

I dive with Erika, Switzerland who runs the dive shop with her husband Yves. They also make the photo (see here their site, Natural Scenes).

And it was thanks to her, who spotted them, that I could see these baby sharks, huddled under one of the debris of the hull.

An exit in RedangThe 5th will be a spectacular one, I have been promised...