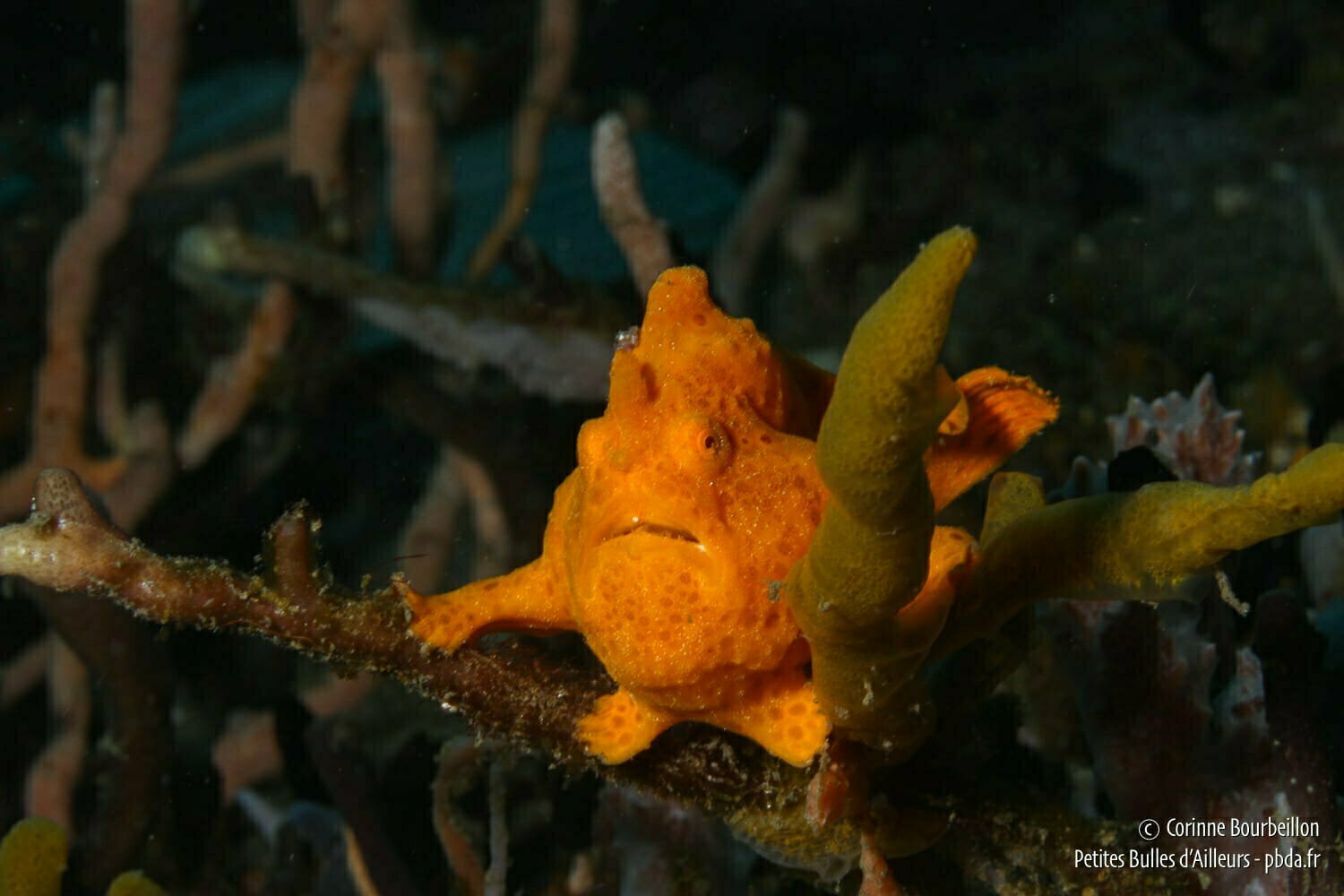 Here they are at last! The little monsters of the Lembeh Strait... Open your eyes wide: these strange creatures are gifted at camouflage. A treasure trove of underwater biodiversity, which attracts divers from all over the world to the north of the Indonesian island of Sulawesi.

The Toadfish of Lembeh

To find these critters, nothing beats the eye of local guide divers. Specialists in "Muck-dive" (These observation dives flush with the substrate where sand, sediments, coral debris and rubbish mix together), they are perfectly familiar with the favorite sites and planets of all miniature monsters, who play hide and seek on the seabed.

I would never have found this little fish-toad without Nofry-Ungke, guide at Other Lembeh Lodge. It's his finger, there, next to the beast. 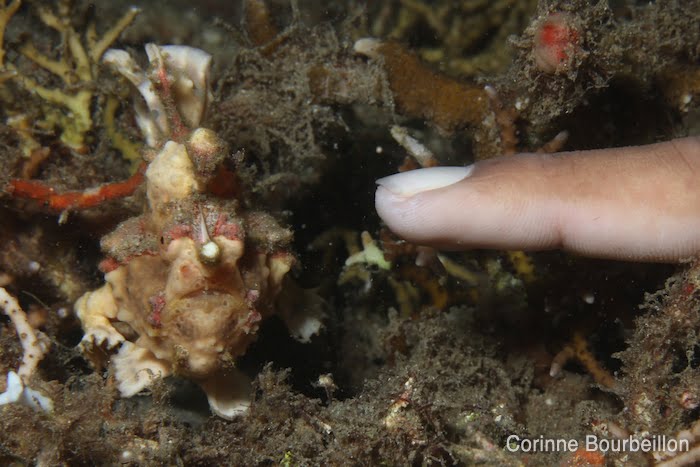 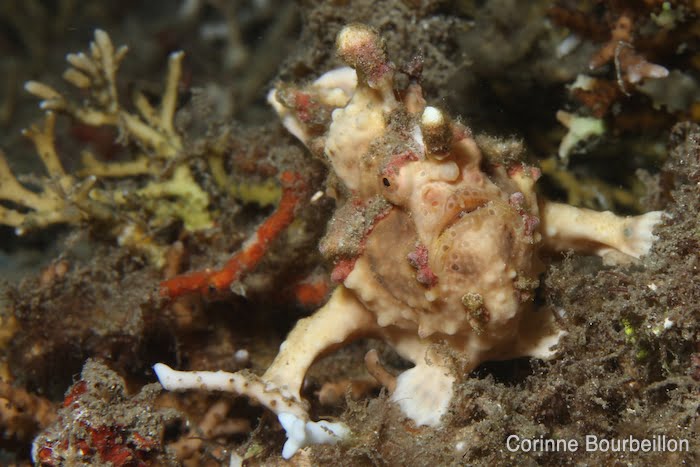 I love toad fish or frog fish (referred to as frog-fish in English, they are also called antennal in French). Fish that look like nothing and can barely swim.

Their fins are almost paws and they move awkwardly, a clumsy step on the bottom. They are often perched on sponges of the same color as them.

To feed, they wait for prey to pass nearby and swallow it. They have on the front a lure, a kind of mini-fishing rod, that they agitate to attract their future meal within reach of mouth ... 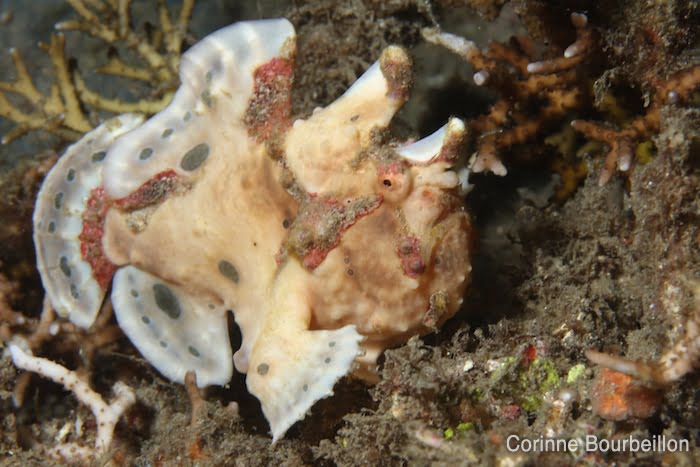 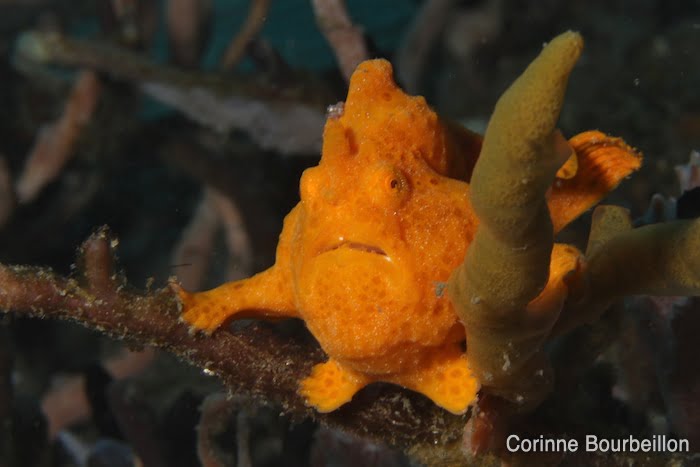 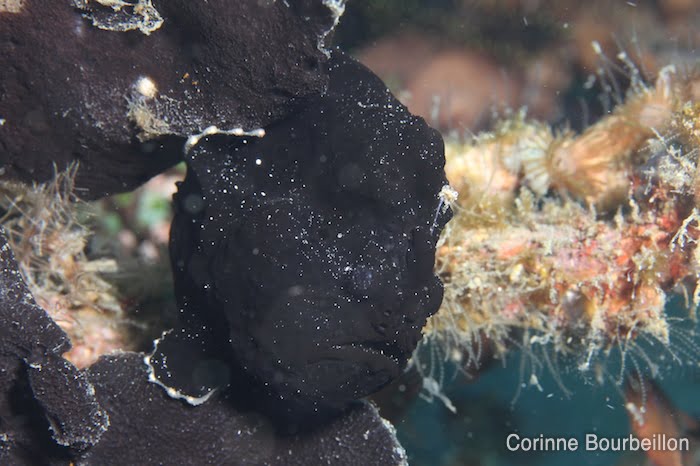 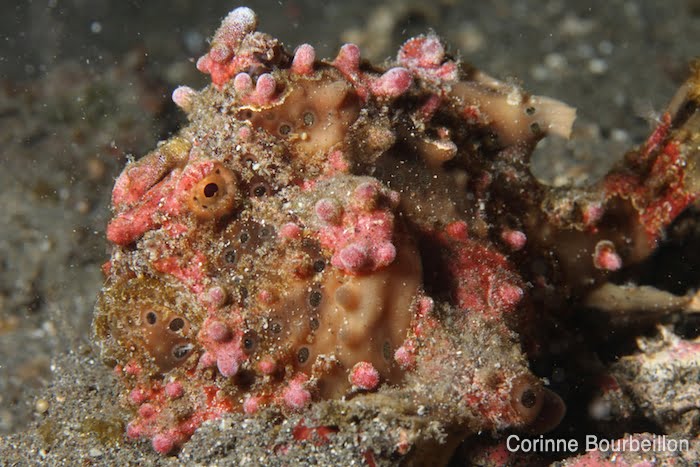 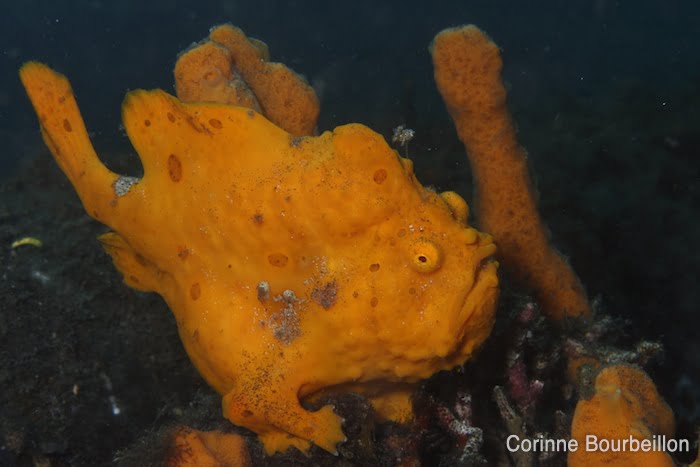 But the most sought after, the most appreciated, the most photographed of all the toad fish of Lembeh, is the hairy frog-fish. In other words, the "hairy" model.

An adorable mini-monster, met several times, who deigned to pose for me ... 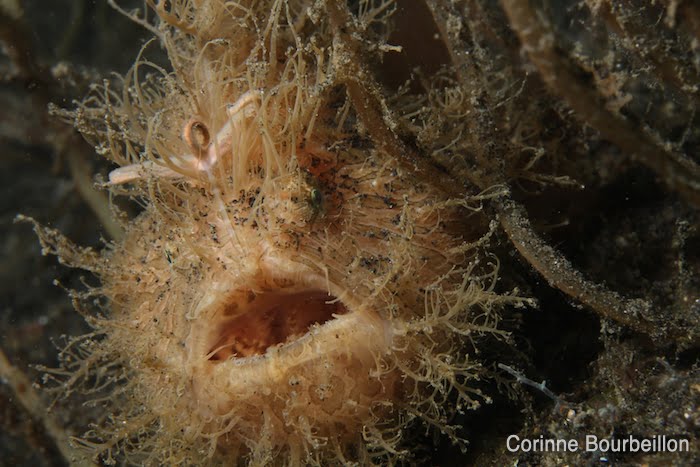 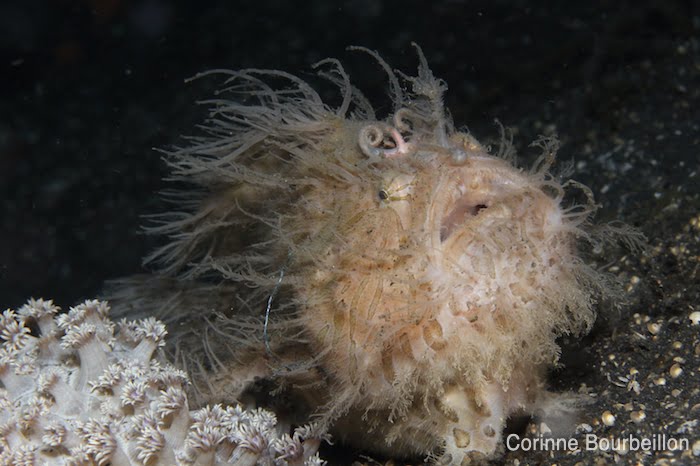 I let you discover below my small selection of pretty monsters... I brought back more than a thousand underwater pictures of these five days of diving in Lembeh Strait!

And I was particularly spoiled: among the rarities encountered, the blue-ringed octopus, the little blue ring octopuselusive and poisonous; a few small pegasus and others Rhinopias... connoisseurs will appreciate.

Nature has created and gathered here, under the surface, hallucinating creatures (the famous critters so much praised in the English brochures and sites about Lembeh)! 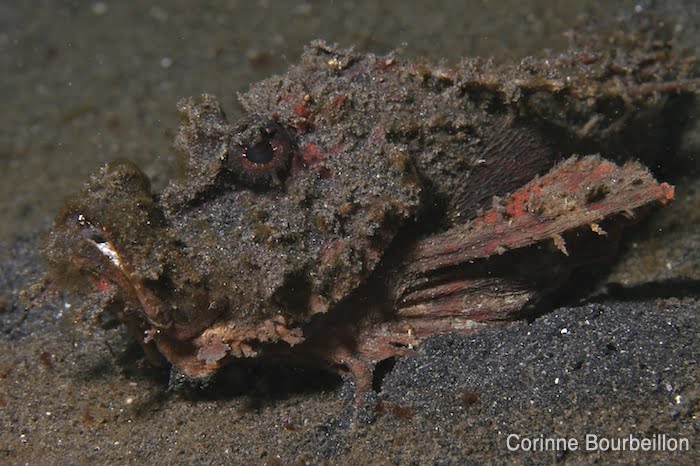 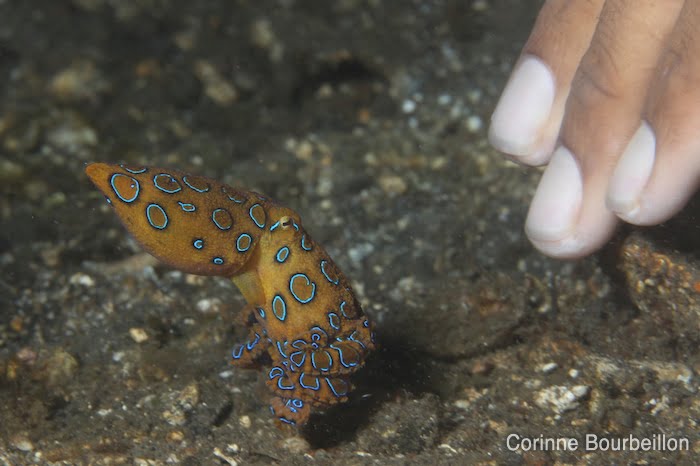 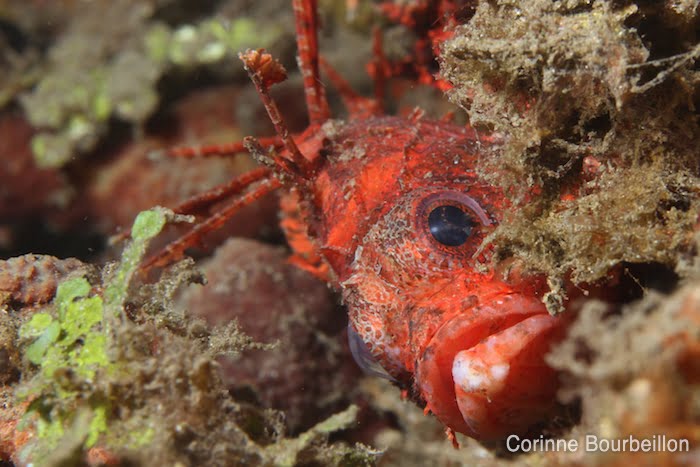 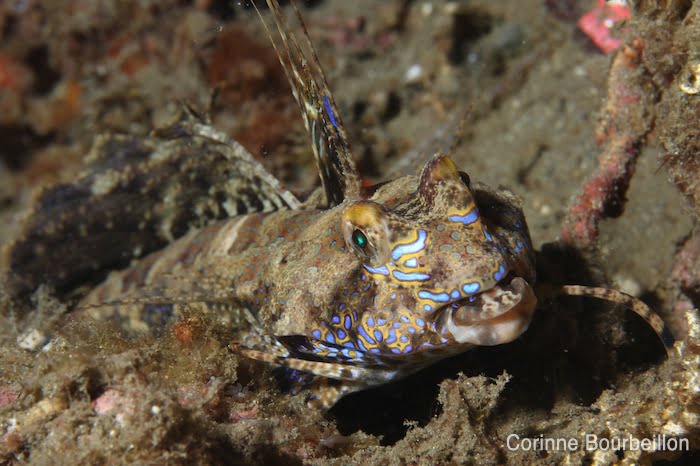 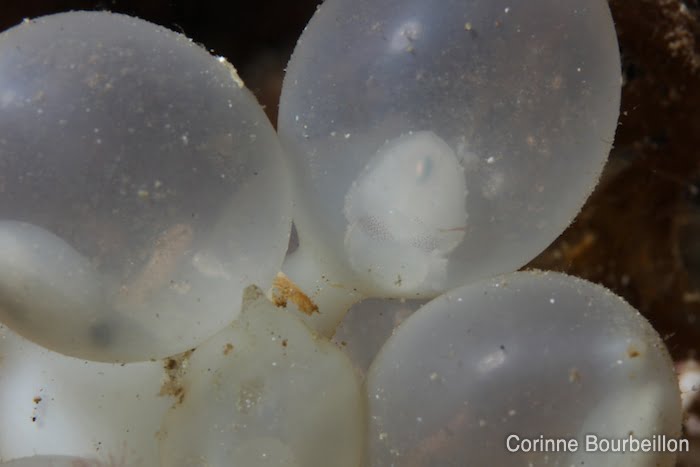 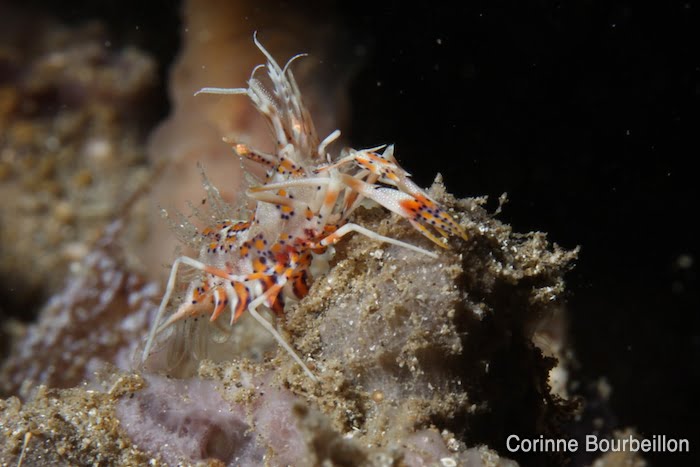 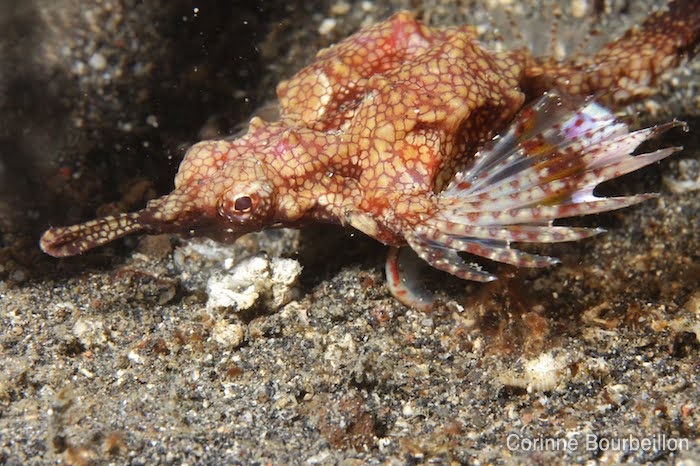 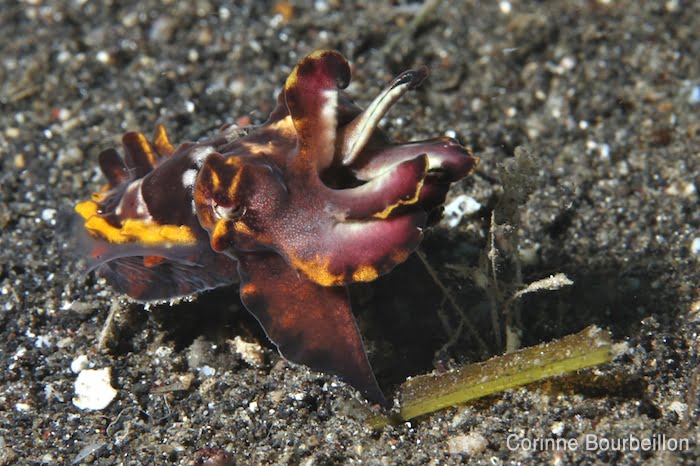 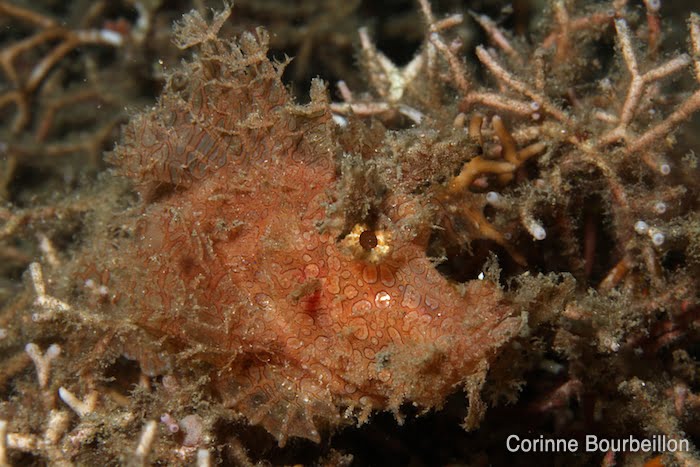 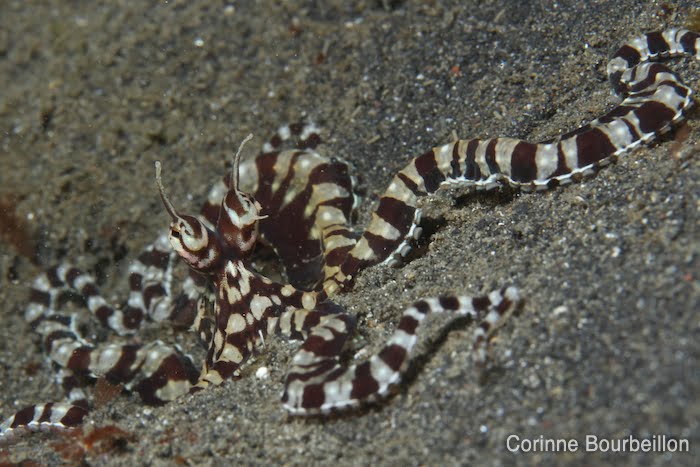 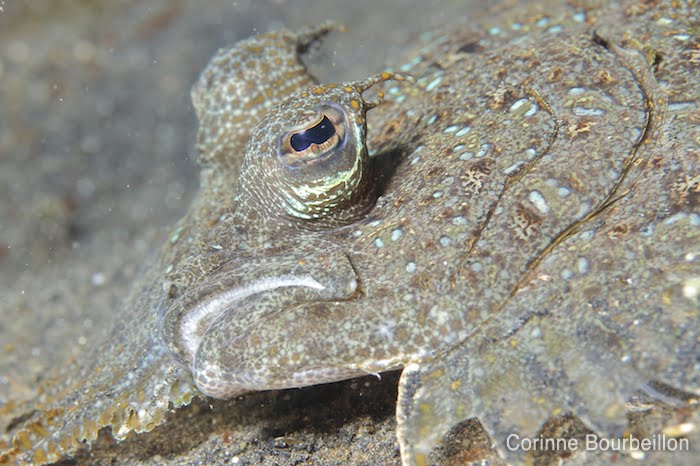 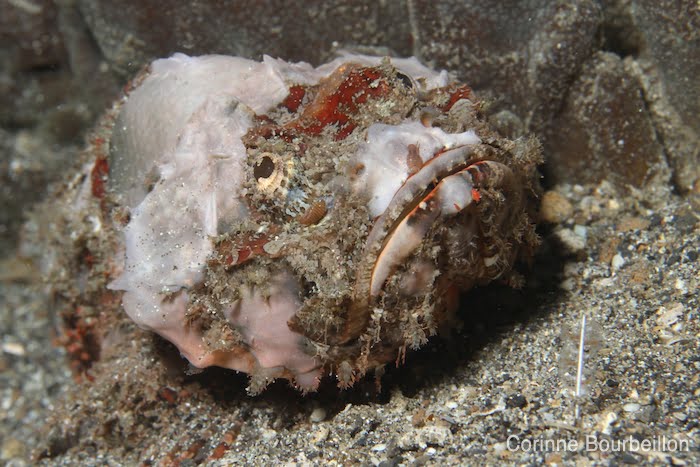 I'm done here. Because I also have some nice nudibranchs and some cute seahorses to show you... It'll be in a next post!

For fans of quirks underwater ... I went to Lembeh several times during my stay in Indonesia. To find all the blog posts, on this dive spot like no other, follow this link  → All articles on Lembeh