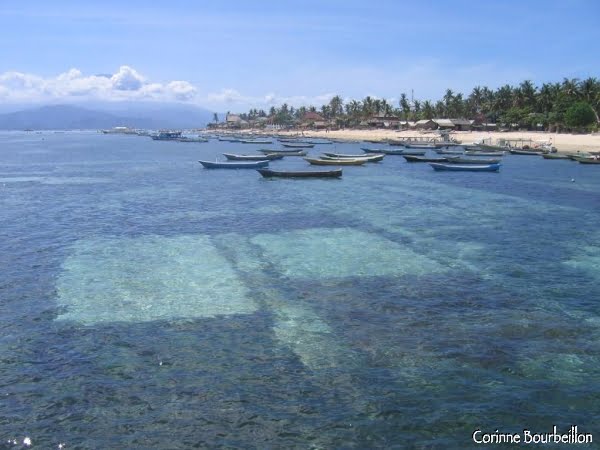 There are some surfers and divers to cross the Strait from Sanur in Bali. But we are not in a very tourist area, far from it.

The locals are algae growers. The cove of the village of Jungut Batu, protected by the reef or rumbling waves, is actually made of seaweed fields, which form a dark mosaic under the turquoise blue water. 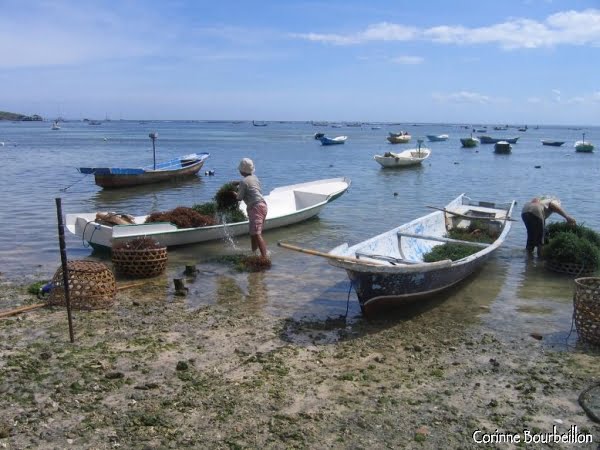 On the sand, between the bungalows that welcome tourists, the seaweed dries, giving off an indefinable smell, a little acrid.

We get used to it very quickly. The women carry from the shore to the beach large baskets filled with red or green algae, poised on their heads. 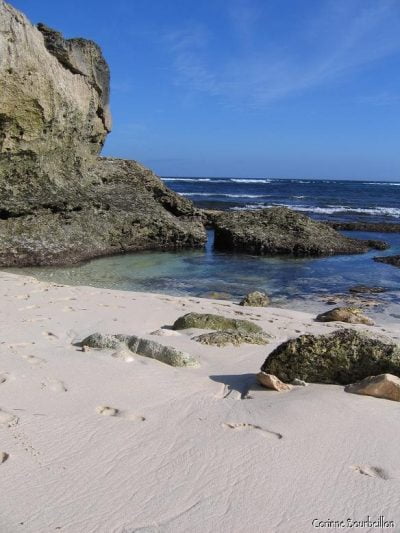 That's why I like this island: the beaches aren't really tourist beaches. Those who only come here for the pleasures of swimming and sunbathing are a bit disappointed.

Me, I do not care, since I am always in the water with the dives, and I take the sun to warm me on the boat.

The most practicable beaches for beaches pleasures are Mushroom Beach and Dream Beach. As well as the pretty Crystal Bay on the neighboring island of Nusa Penida.

I have a crush on Dream Beach (opposite), with its rocks, its rolls off, its white sand and its small temple.

The tears of the Devil

Next door there is a place called Devil's Tears, the Tears of the Devil. It is a portion of cliff shredded by the sea.

The stone is sharp, transformed into rocky lace by the surf. There are large holes, some filled with water, others forming corridors where the big waves come from the sea.

The water is reflected in height, with strong spray. It's impressive, a little scary. We feel at the end of the world, on these cliffs plunging into the stormy water. 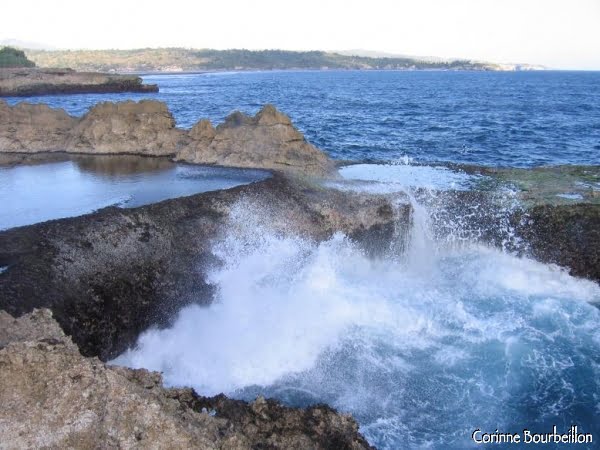 Reunion with a family of friends

My arrival at Lembongan Island was easy. Some friends, Philippe and Corinne (whom some will recognize), were already there, with their children, Clementine and Maxime. They took care of booking me a room at Ketut Losmen.

The guy came to get me on a motorcycle, so I just had to put my bags and join the family, part of the dive at Mushroom Bay.

Nice afternoon, followed by an aperitif and a little food together in the evening, facing the sea, as we had planned! 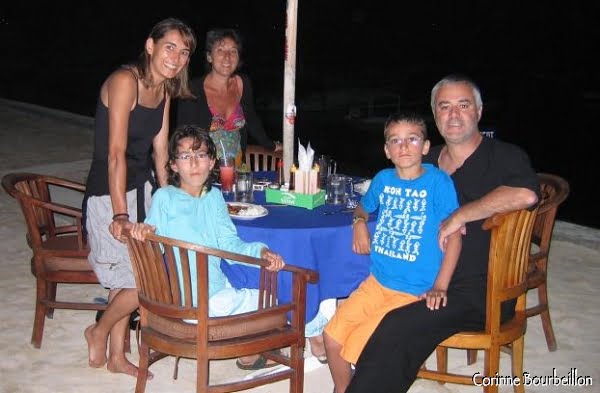 I dive every day, with the excellent center World Diving (which I recommend in passing), hoping to approach the famous molas-molas, the moonfish. Lembongan is one of the few places where you can observe them.

Today, no luck... My palanque is the only one who hasn't met them. The other groups of divers came back on the boat excited, and with good reason. They all crossed paths with several molas-molas. I'm green!

The dives here are pretty physical. I solved the problem of cold by wearing my shorti under the 5mm lent by the center, which allows me to better withstand the temperature variations in water, from 22 ° C to 27 ° C, on average.

The other parameter is the currents, often very powerful, unpredictable, changing ... Fortunately, our dive-masters thoroughly know the vagaries of the sea here. 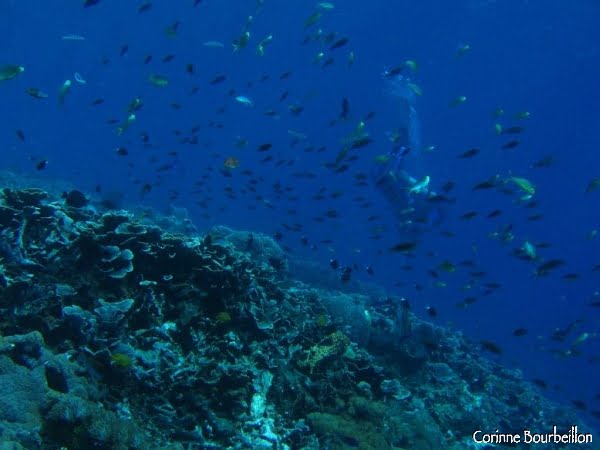 Today, probably because of the full moon, the swell and currents were particularly strong. I didn't take a single picture underwater, that's to say! It was impossible to hang on to the reef to immortalize a bug.

The only thing to do, in these conditions, is to take off with the underwater "wind", hoping that the drift dive will cross the path of a few molas-molas ...

Come on, I believe it. The moonfish will be here tomorrow!!!! Maybe they'll be...