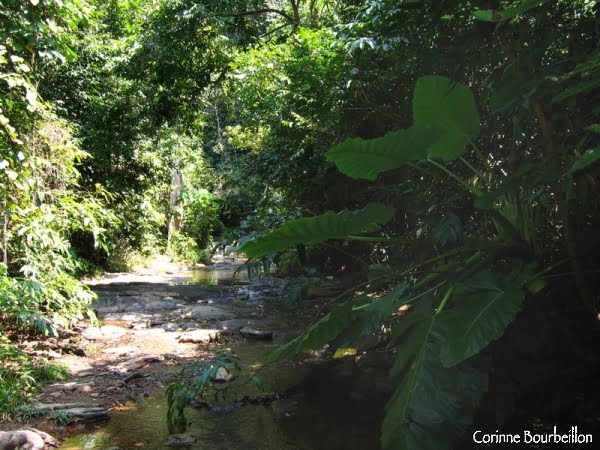 The waterfall at the end of the road

Today, mini-expedition into the jungle to go to the waterfall, in the south of Koh Lanta, wilder, soon after the place where the hard road becomes a dirt road. You must then go on another red dirt road to the left, indicated by a sign "Waterfall".

I was warned, in the dry season, the waterfall is reduced to a thin stream of water. But no matter, it's the walk under the trees that is really worth it.

We are in the shade, in the greenery, and we follow the stream, in which we sometimes walk, when the path disappears. Walk in the water, refreshing. 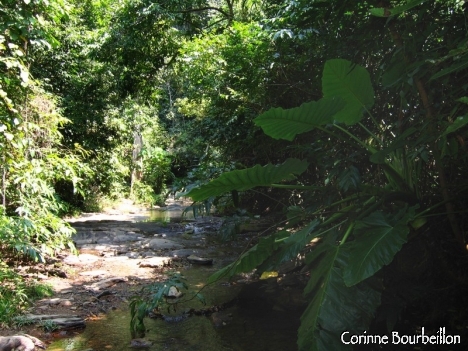 Half an hour later, under the tropical canopy, with huge trunks and enormous leaves, we arrive at a sort of rocky wall in an arc of a circle, from which a vague "waterfall" flows.

I am lucky, I managed not to be there at the same time as other groups of tourists. The place is cool, peaceful. I take a short break, amid the sounds of the forest and the lapping of the water, before returning to Bamboo Beach, beautiful quiet beach.

The stay is getting shorter: I dive one last time tomorrow, then I give myself one more day to dry before taking the plane back to Bangkok on Friday. Krabi airport. And Saturday 3, return to France. 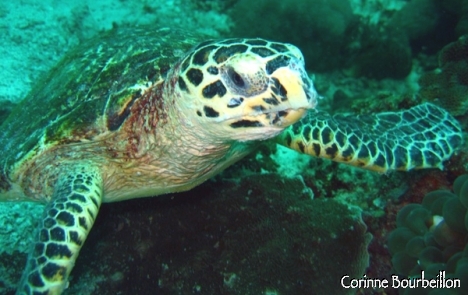 Still no whale shark or manta rays during the two previous days of diving ... A pretty turtle, however, pointed the tip of its beak on a coral reef to Koh Haa.