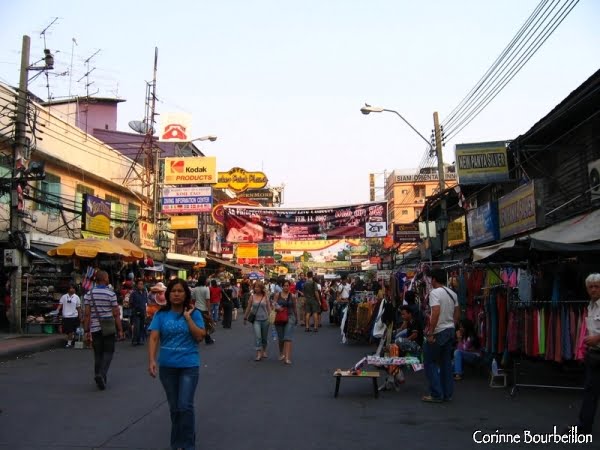 In the frenzy of Bangkok

Here I am back in Bangkok, and not without pleasure, I must say... Ah! the return to civilization, it's good: no more mosquitoes and long live fast internet connections, restaurants, streets where it lives and shops worthy of the name!!!

Having said that, I'm quite frustrated in my outburst of buying fever: I don't know if it's the dives that have narcosed my neurons, but after three weeks under the coconut trees, I managed to forget the secret code of my credit card...

Anyway, I screwed up three times trying to type it, the damn code, to withdraw money, because I thought I was having a well-deserved afternoon of shopping... Weary, the ATM obviously (at the third mistake) ate the precious card. Luckily I was able to get it back from the bank, which was open, with a kind attendant behind the counter: phew!

Except now the card, even with the code, it doesn't work anymore. It is automatically blocked by security... I changed the few euros I was keeping just in case and I have enough to survive without any problem until tomorrow. But no futile purchases for the sake of it. It's infuriating!

I consoled myself while strolling. The streets of Bangkok are better than the TV. The show is permanent and free, between small street restaurants, street vendors, the strange and more or less unidentified food that goes under the nose, tourists lost, tuktuk drivers who rush on, the braders of T-shirts and second-hand clothes, copied CD dealers, bondage shops or golden Buddhas enthroned in plastic-wrapped show cases, monotonous chants of monks in the small temple that separates the street of my guesthouse from Khao San Road ...

Strange... I don't really feel like flying back tomorrow!