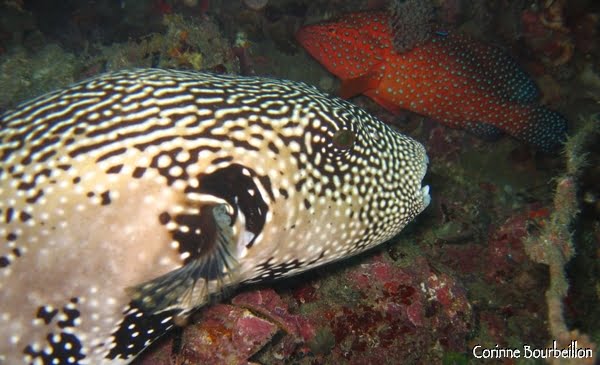 a star balloon fish and a grouper reveal their true colors with the flash of the camera ...

I saw the man who saw the whale shark

Grrr ... Two days in a row that I dive, hoping to see the mythical whale shark seen in the waters of Koh Haa three days ago. But nothing…

Flocks of leopard-sharks, moray eels, fish-balls, parrots, shrimps, corals, and all the usual owl tropical fauna. But whale shark, not at all!

For the day before yesterday, the boat was crowded. Because of this whale shark. The news spread like plankton in the sea on full moon days, from one dive shop to another. And we ended up getting loads of other people, with the same hope. Fortunately, the boat of Blue Planet Divers is big and comfortable ...

But for now, I'm just the girl who saw the man who saw the whale shark. The videographer who accompanied us yesterday had the opportunity to film the huge fish: "At least ten meters"he says, and I believe him. Because he obviously showed us the video he made that day ... Impressive images, but on TV, it's not the same emotion as live live underwater!

I otherwise took advantage of my day of "break" between two dives, three days ago (yes, the day of the whale shark, and I was not even under water) to extend the motorcycle ride started last week.

I risked myself on the dirt road that extends the main asphalt road, just south of the island, and leads to a nature reserve. The dirt road Fortunately, it is easy to do in dry weather and leads, after many detours into the green and refreshing shade of the jungle, to a lighthouse, planted on a rock beaten by the wind. Little sensation of end of the world.

On the way, fantastic beaches barely attended. I take breaks here and there, at the option of restaurants and nice cafes along the road and sea ... Home adorable everywhere. 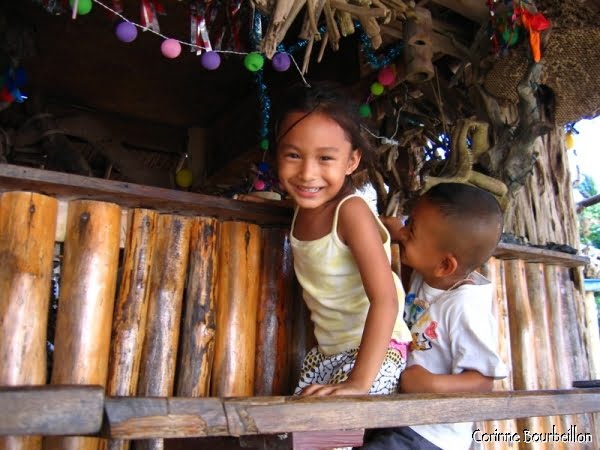