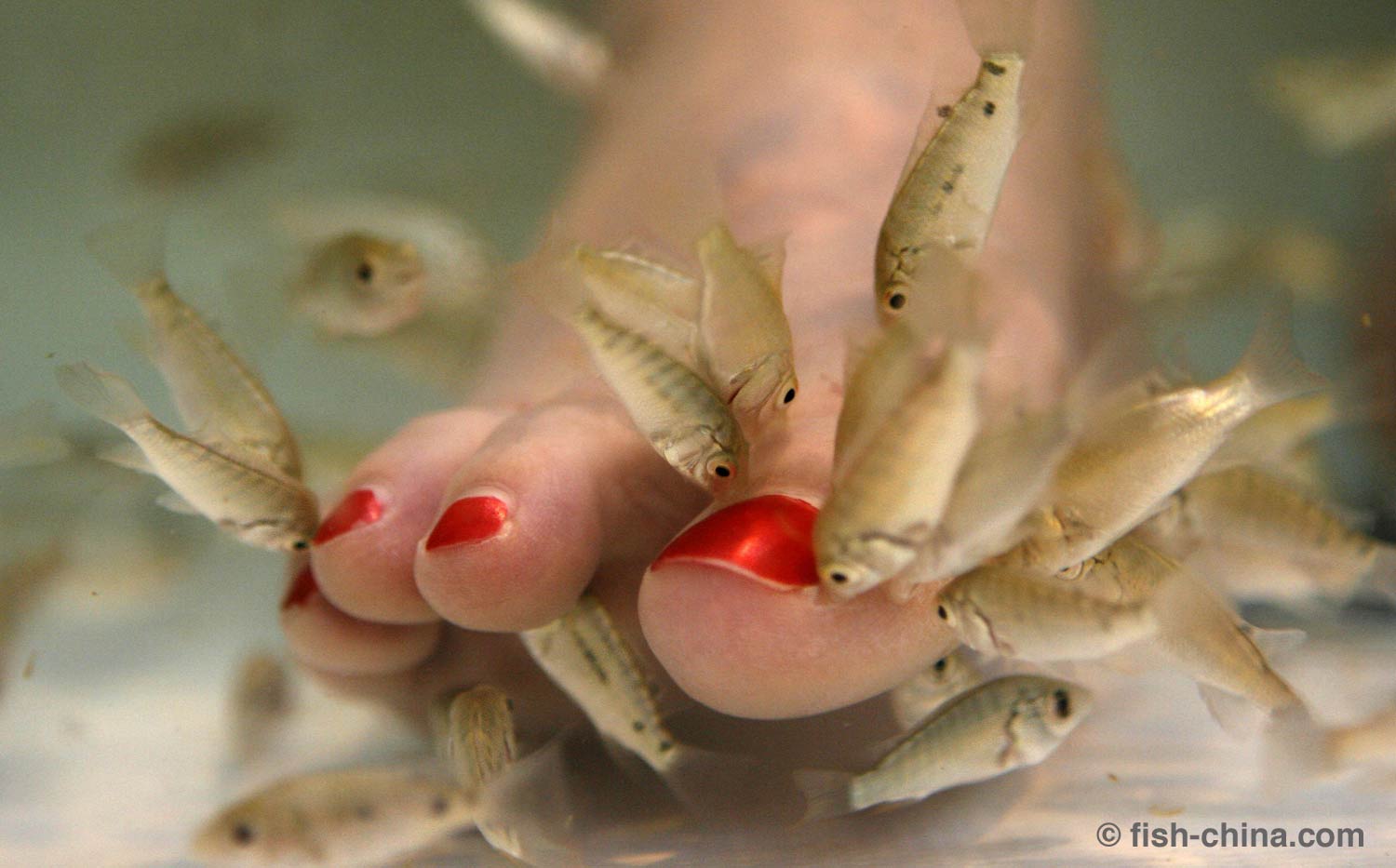 Are you familiar with the concept of the Fish Spa? It's pedicure in an aquarium. Very popular in Asia. You entrust your petals to nice fish that eat your dead skin...

The Fish Spa, it's trendy!

Those who dive in a shorty (short sleeved wetsuit) are familiar with the cleaner fish. Harmless creatures that love to peck elbows and knees to eat dead skin...

Good news: this "pleasure" is no longer reserved for divers! It's even a trend to immerse your feet in pools full of cleaning fish, for a fish pedicure. 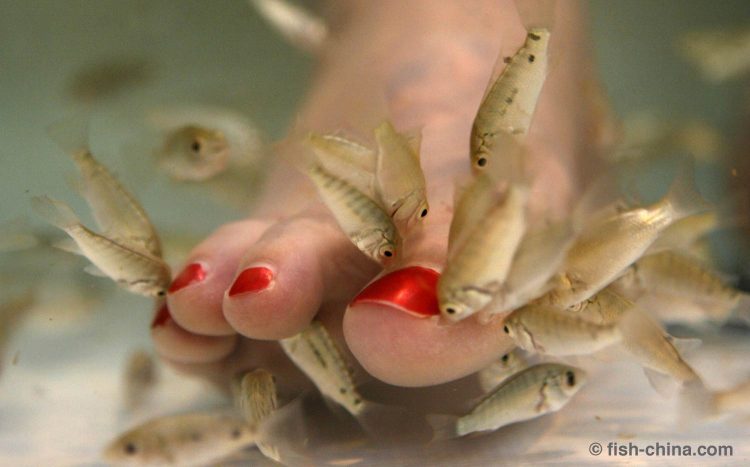 This therapy would have come from Turkey. The treatment, originally, is for people with skin problems (psoriasis, eczema, etc.). Fish rid the dermis of unwanted scales.

Now it's getting trendy!

More and more Asian spas are offering this fish therapy as a pedicure. The fish used in these famous ponds is a freshwater fish, which answers to the sweet name of Garra rufa or Cyprinion macrostomus.

After the vogue in Asia (China, Singapore, Japan, Korea...) even the Americans are getting into it: see this Associated Press report here and this other from CBS there ...

"You come out with your feet softly." 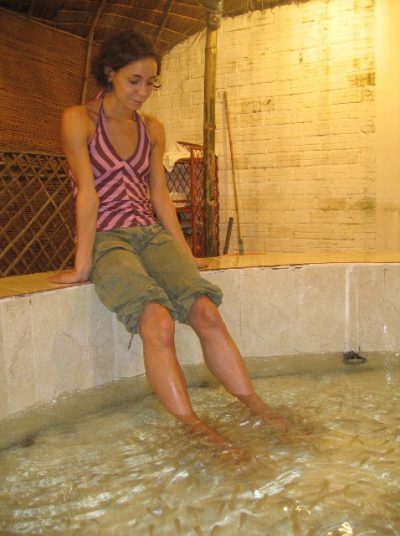 My sister, who has just returned from Siem Reap, Cambodia, tried the experience at a local centre. Rather satisfied: "You come out with your feet very softly! »

For my part, I'm not very sure to become a customer of this kind of thing. I do not like them too much, in fact, fish eating dead skin. An old grudge of a diver ...

Since I have my own wetsuit, long of course, I no longer fear the overzealous cleaner fish. But I do remember that I used to hate being pecked by those damn critters when I was diving, back when I used to rent a shorty for outings.

It doesn't hurt, no. Only, when I had a nice scab on my knee, it was bound to end up being swallowed by one of those gluttonous fish. Then it would be hard to heal properly... I still blame them.

And you, it tempts you, the fish pedicure ?