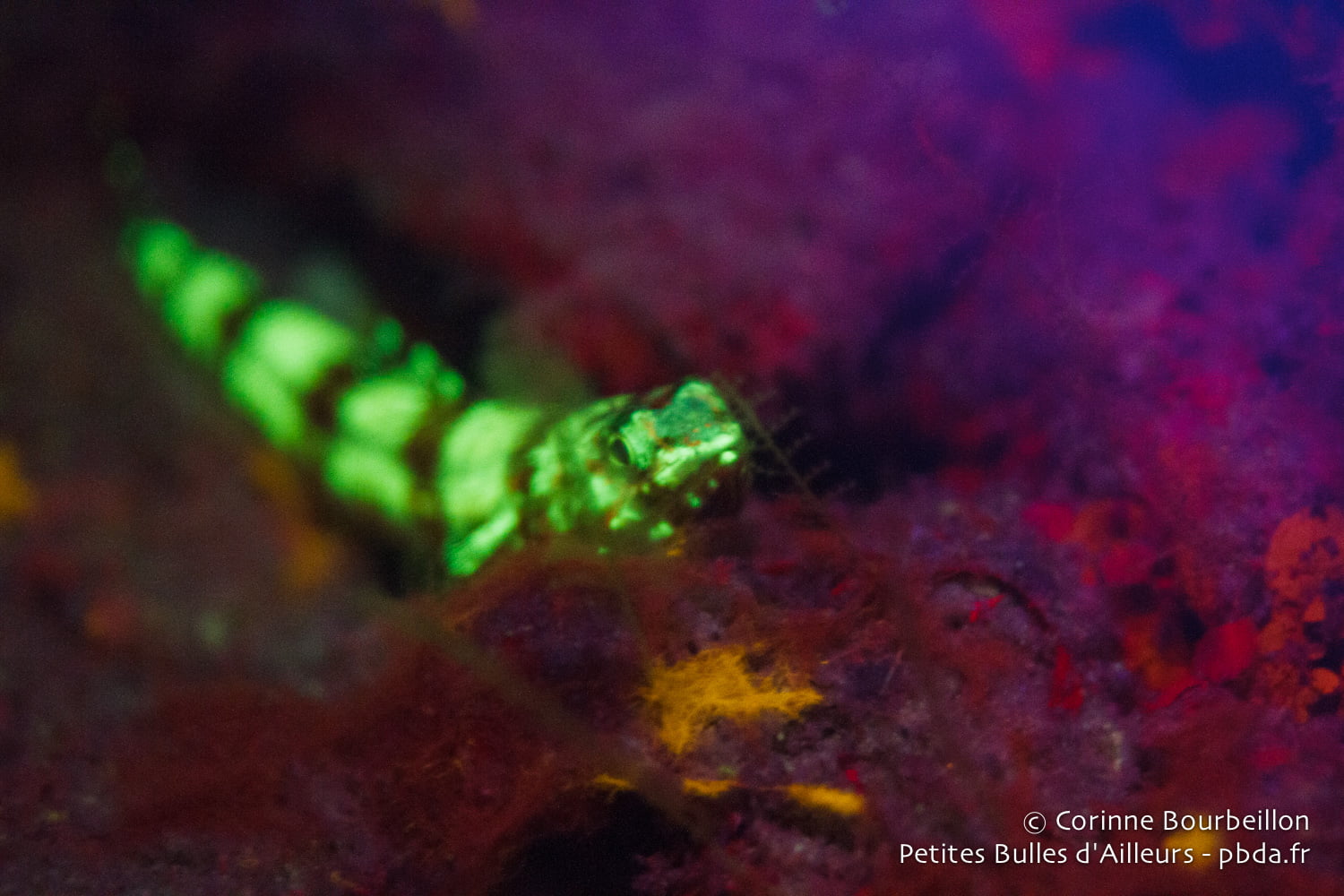 At night, the reefs are not gray. A blue light and an orange mask reveal the fluorescence of corals and underwater creatures.

It is a natural phenomenon that fascinates underwater biologists. The fluorescence of corals and many reef creatures transforms a night dive "beast" into a psychedelic journey. 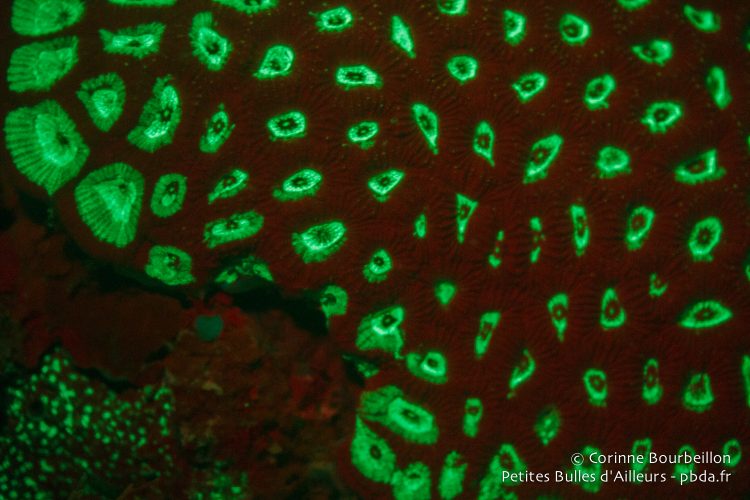 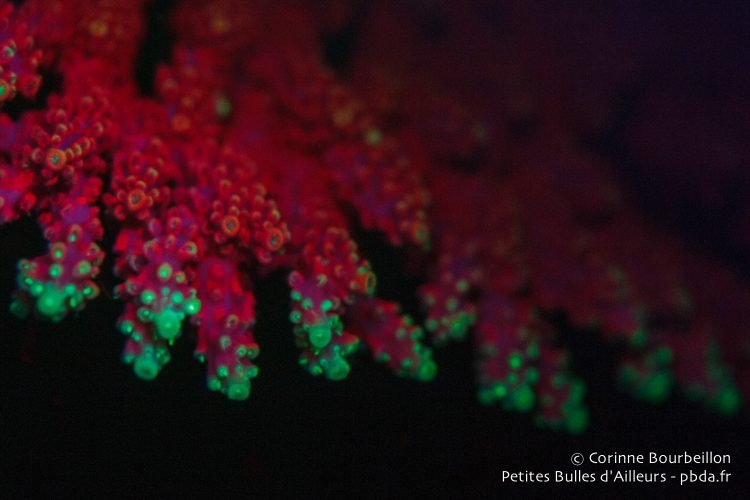 I tested for the first time the "fluo-diving", the fluo diving, during , on the house-reef of Kri Eco Resort. A wonder!

Dozens and dozens of lights appear in the darkness, as if by magic. The reef seems even more alive and more mysterious, more fascinating than in daylight.

Fluorescence is a funny thing. It's not "bioluminescence" as with glowworms and other critters capable of generating their own light in the dark. Nor is it "phosphorescence" created by a mineral (phosphorus), as with the hands of a watch that glow in the night after being exposed to a light source.

No, fluorescence is the ability of certain organisms to reflect bright colours (green, yellow, red) when they receive a particular light: the so-called "black" light, UV light and a certain range of blue.

It is a protein who performs the magic trick, capturing photons and sending others back. Why would he do that? We don't yet know exactly: to protect against UV rays, to attract prey or repel predators, in response to a stressful situation... Researchers are still working on the subject.

It seems that the parts of the reef where intense growth is taking place are the brightest. In fact, coral "heads", polyps, and a host of smaller, lighter spots can be seen very quickly, even in the debris of supposedly "dead" coral. All these clues show that life is at work everywhere...

To see and photograph the fluorescence of coral and the underwater world, special equipment is needed. Dex, the Canadian who runs the Kri Eco Resort Papua Diving with his companion Melanie, gave me an express course, very informative, and helped prepare my box for this incredible dive. 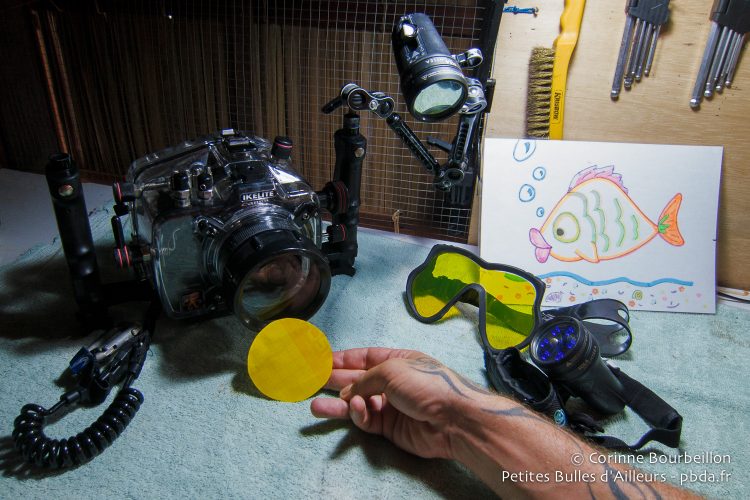 The self-adhesive film placed on the glass of my porthole has filled its office (filter blue light), but the next time I do a fluo-diving, I will try to get a real filter, because the transparency of the film in plastic is not perfect, impossible to get the beautiful sharpness that I'm used to with my 7D, yet powerful in low light.

But whatever. These first fluo images, even imperfect ones, give a good idea of the fabulous spectacle that the reef reserves under a blue light ...

Immersion in another world

At first, it's a bit confusing compared to a "normal" night dive. So I would advise to be already familiar with night dives before attempting a fluo dive.

Better to know how to manage your buoyancy without even thinking about it and be comfortable with your equipment in the dark. Each luminous point catches the eye, captures all the attention and tends to forget the rest on the periphery. 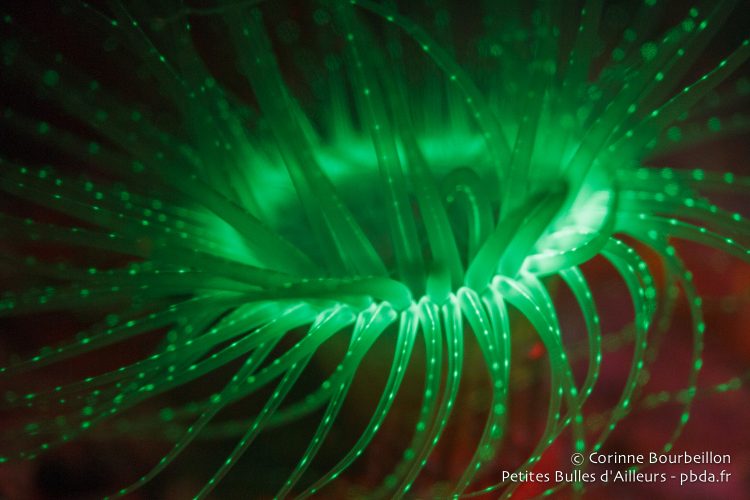 It's an immersion in another world. A spectacle of stunning beauty. There is something magical about seeing the light and the life in liquid darkness, wherever one directs his blue lamp. 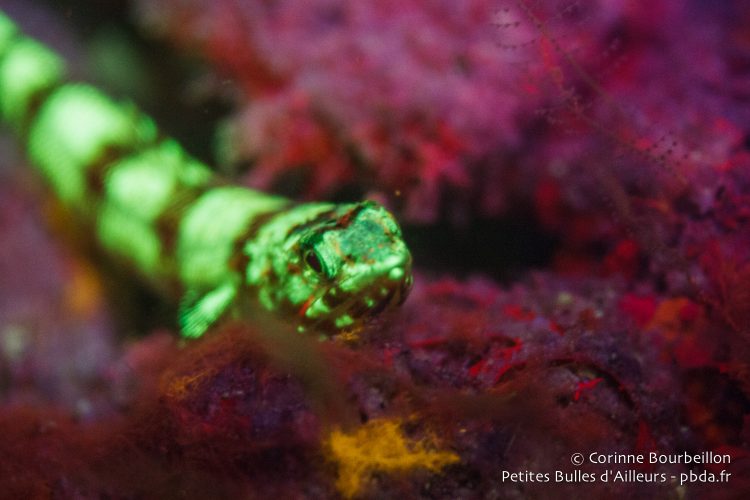 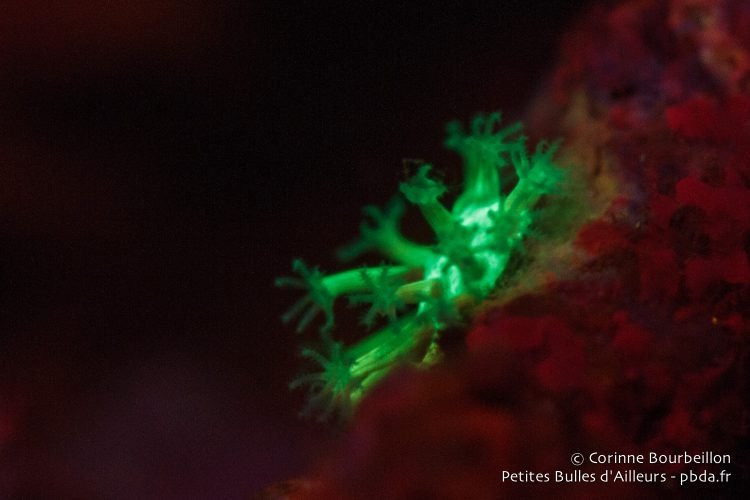 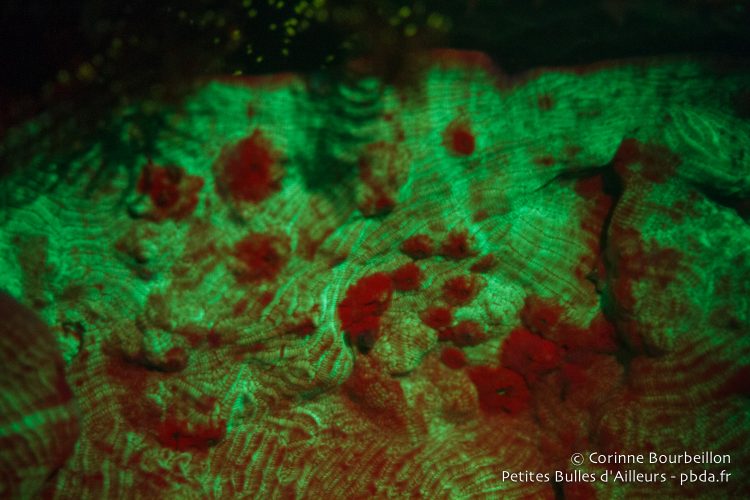 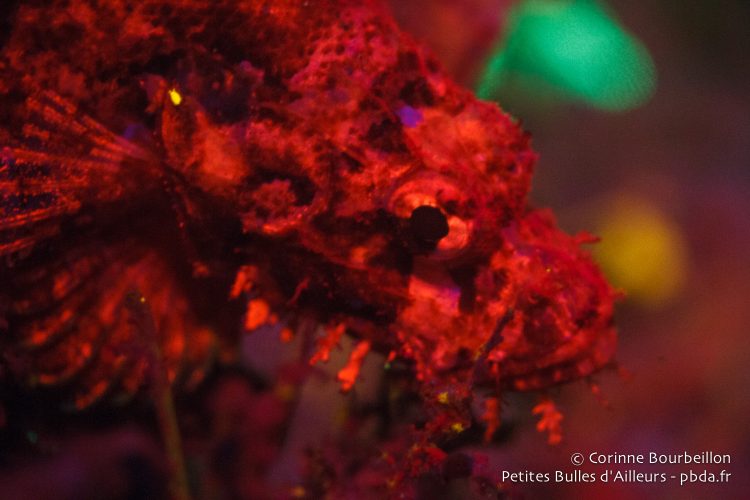 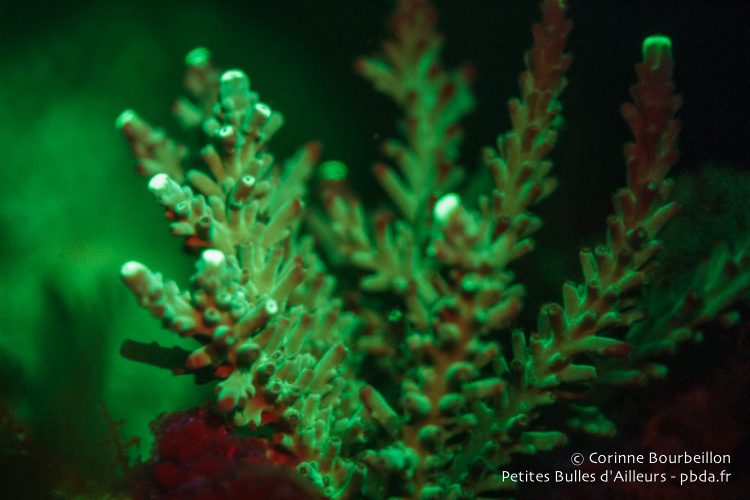 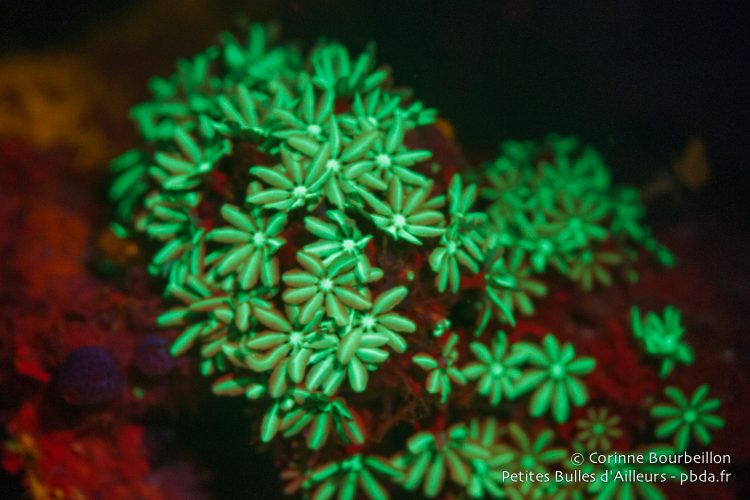 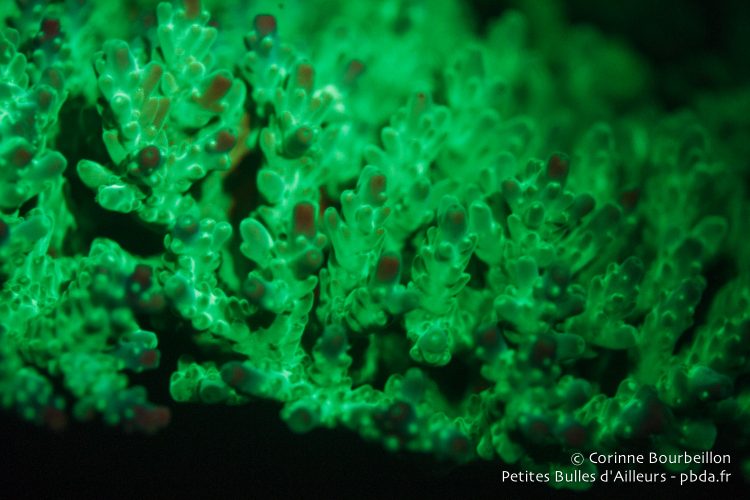 To learn more about fluorescent diving and the phenomenon of fluorescence, I refer you to these sites:

→ Photographing the fluorescence of corals (by John Rander)
→ fluorescence and Fluodiving (by Vincent Sorgius)
→ Fluopedia (in English, very complete article, by Steffen Beyer, other links here)

By "googling" the terms "fluo diving" or "coral fluorescence" you will still find a lot of literature on the subject. More and more dive centers are offering these very special night dives. Don't hesitate, if you have the possibility to test it. It's really a fantastic experience!