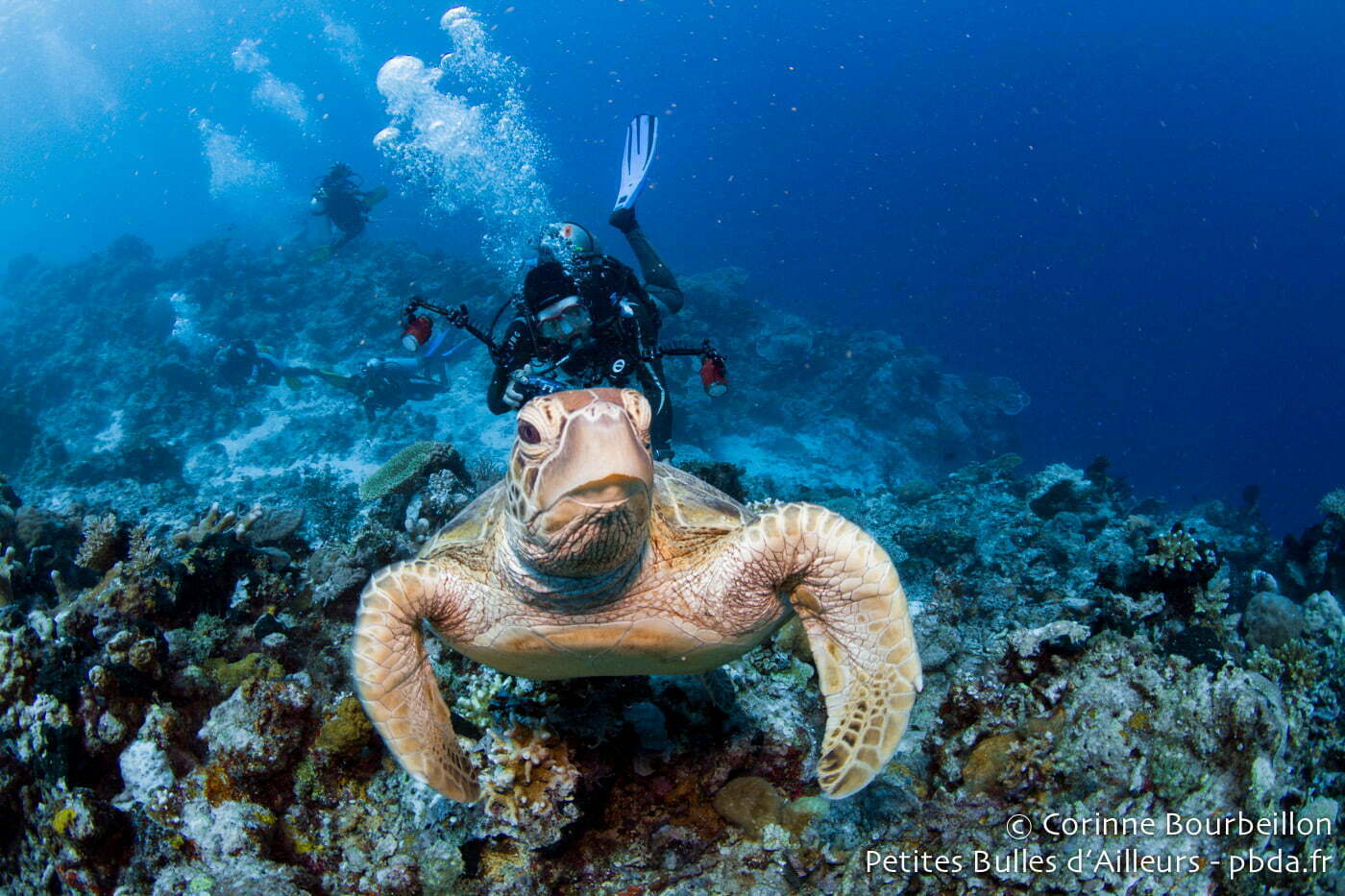 Off Borneo, Indonesia, the island of Derawan and its archipelago are an incredible place to observe turtles.

They sleep in the corals. They breathe on the surface, offshore between two waves, or near men under pontoons.

Turtles swim and paradise in the waters of the Derawan Archipelago. There, they're called "penyu". It's everywhere!

Underwater, we see them taking astonished or haughty poses, as the divers pass with their noisy string of bubbles. They have over us the superiority of their long apneas.

If we disturb them, they go off with calm and determination. A few clawed flippers are enough to dig the distance. 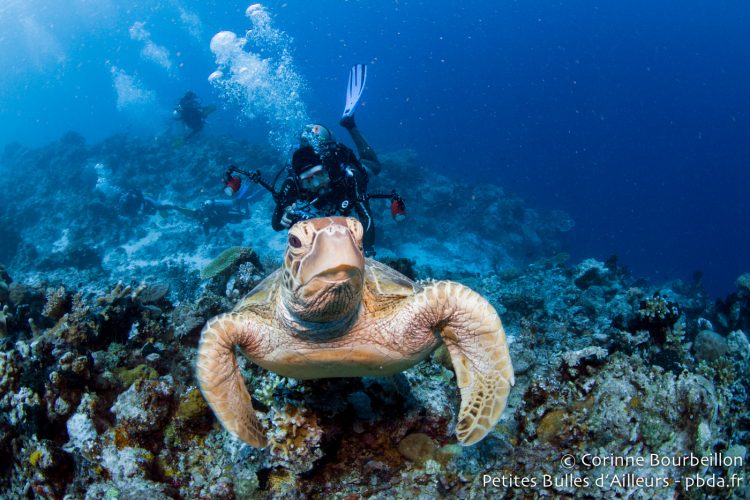 But most often, they ignore us superbly. Some remain dormant in the coral, the eye half-closed. Others are too busy grazing the reef with a loud beak.

They're beautiful, these turtles. Some of them are really big. We come across them on almost every dive! 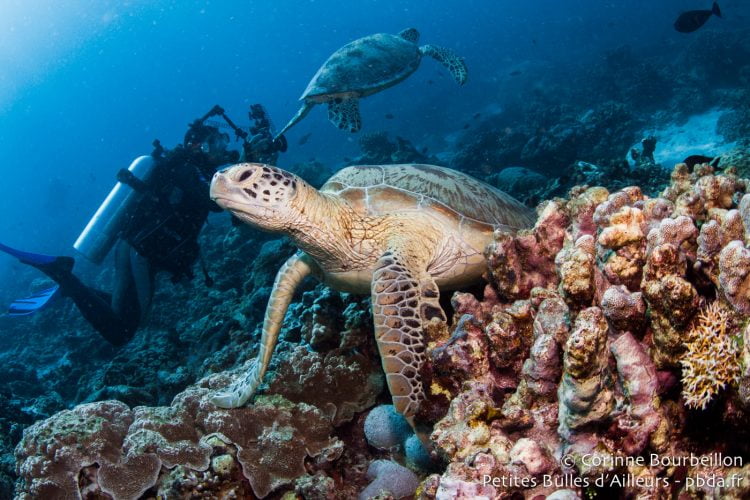 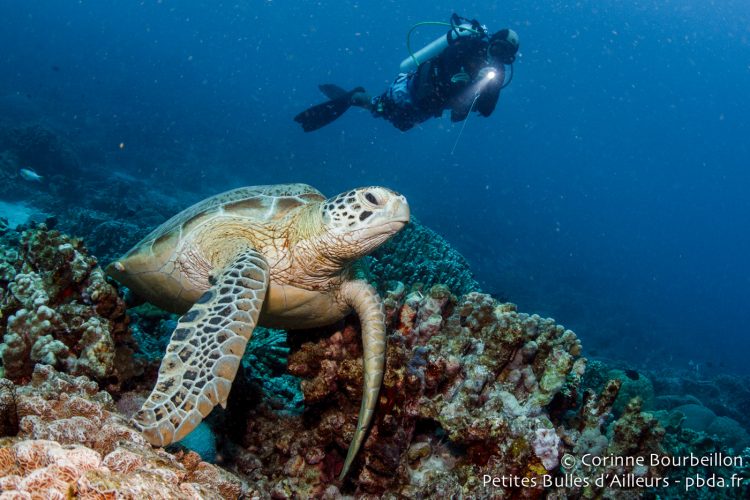 At night, you can also observe them on the sand when they come to lay their eggs. Another "emotion" sequence...

The eggs are all round and all white, similar to ping-pong balls. 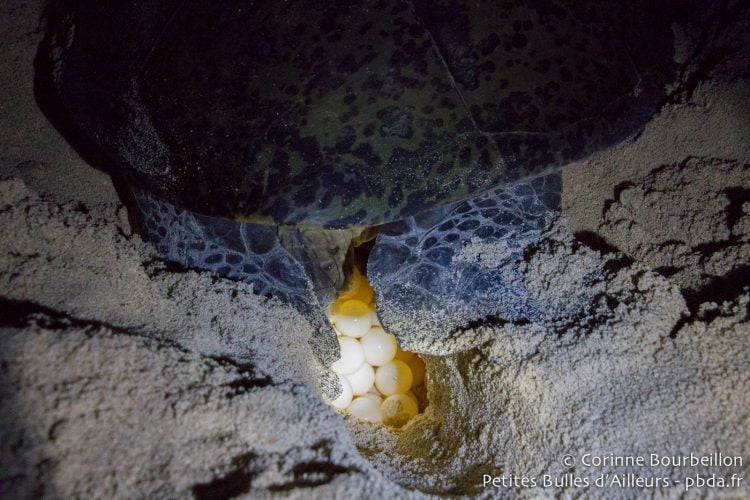 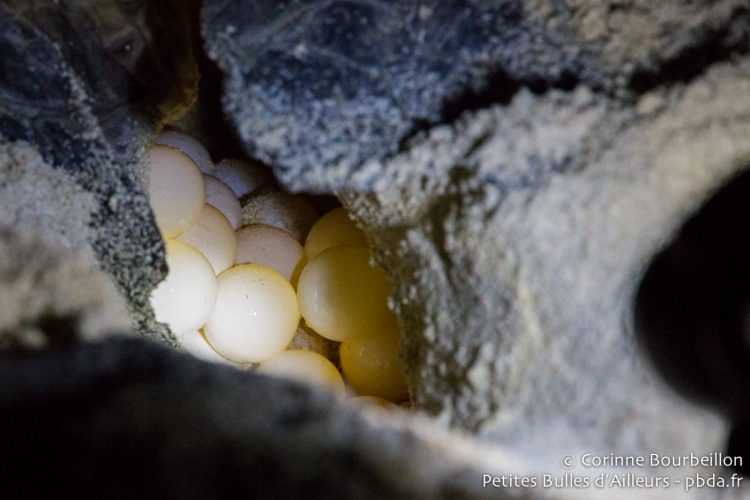 There is a small turtle nursery in Derawan, run by a local WWF branch.

It already existed when I was here in 2009. I had published an article on the subject at the time (you will find links and additional information):

The eggs laid on the beach are then dug up by the men in charge of the conservation program, and then hatched under the sand, but inside the protective enclosure of the nursery, where nothing will come to threaten them.

When the babies break the shell to go out, the WWF guys release them at night, on the beach. The tiny turtles then rush towards the sea and their destiny.

Tourists, foreigners and Indonesians alike, love to watch the laying of eggs or the release of babies.

In 2009, I was able to observe dozens and dozens of small turtles trotting valiantly on the sand and disappear in the shadows of the waves.

In this month of July 2013, I had the chance to attend a laying!

This is one of the diving guides of the Derawan Dive Lodge where I sleep that warns me, one night, that it's time ... One of the guys from the WWF center has alerted him on his mobile phone. A female started to lay on the sand, close to the nursery.

In principle, avoid noise and bright light. But the instructions are far from being respected. The news has spread to the village, more and more people arrive and surround the unfortunate turtle ... And many do not resist the photo-souvenir, the fingers raised in V, next to the exhausted turtle that has just laid more about a hundred eggs. 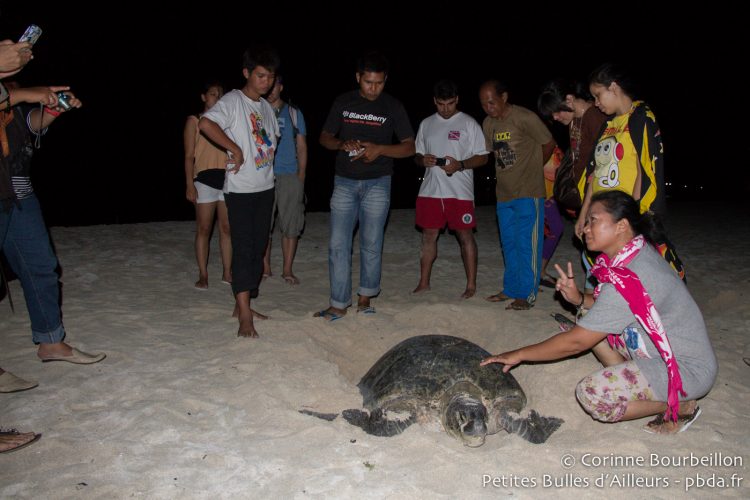 The guy from the WWF is also showing us that night, two baby turtles, another brood, that we will exceptionally launch.

Normally, babies are all released together. I could not quite understand if they were eggs hatched before or after others.

Still, he let us take in hand one of these small creatures, with the shell still soft and soft, and put it on the wet sand ... 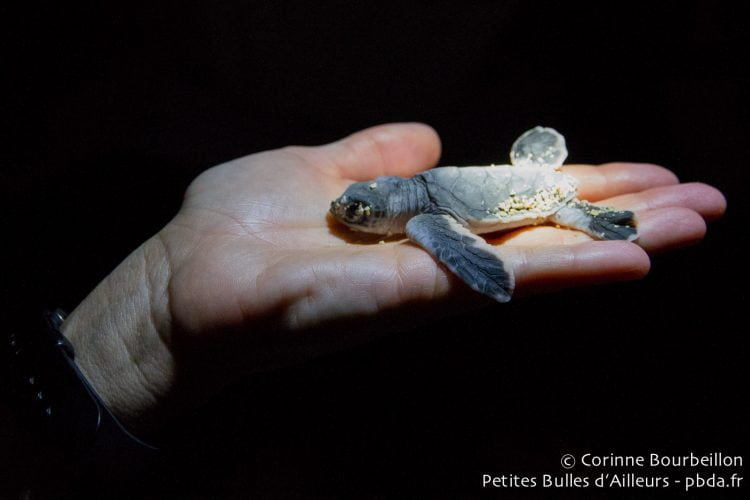 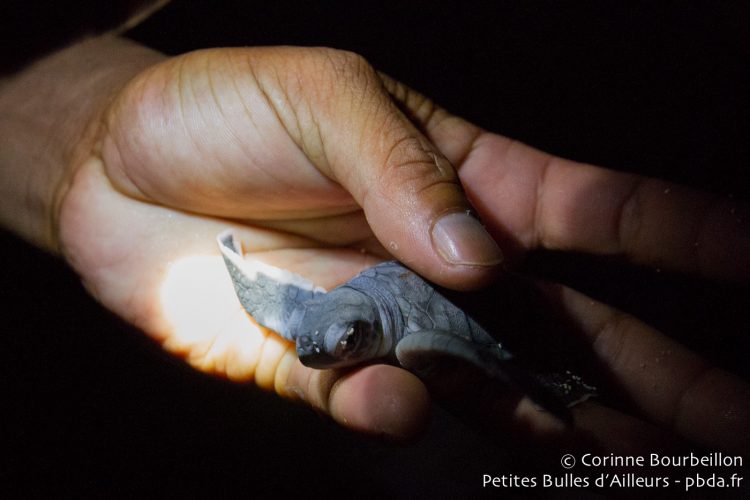 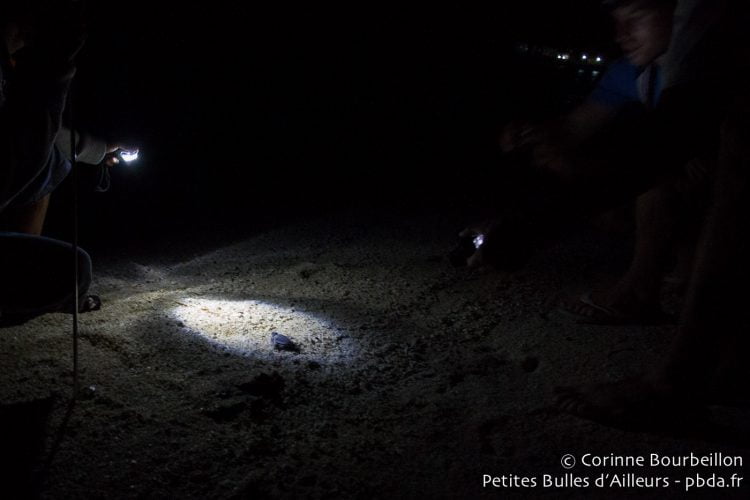 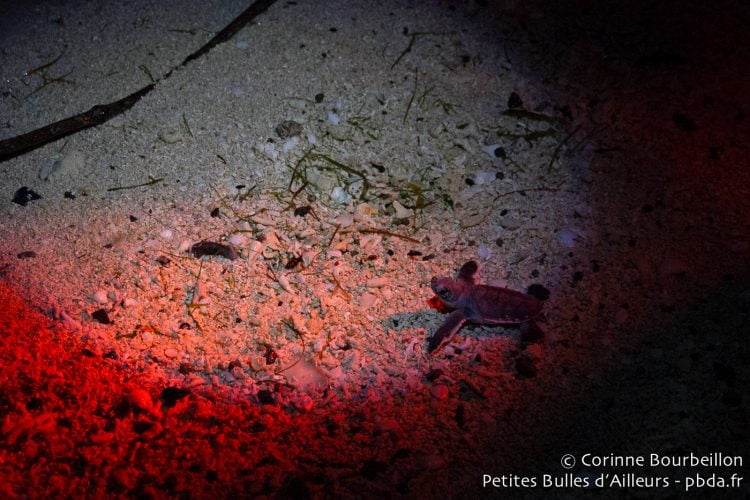