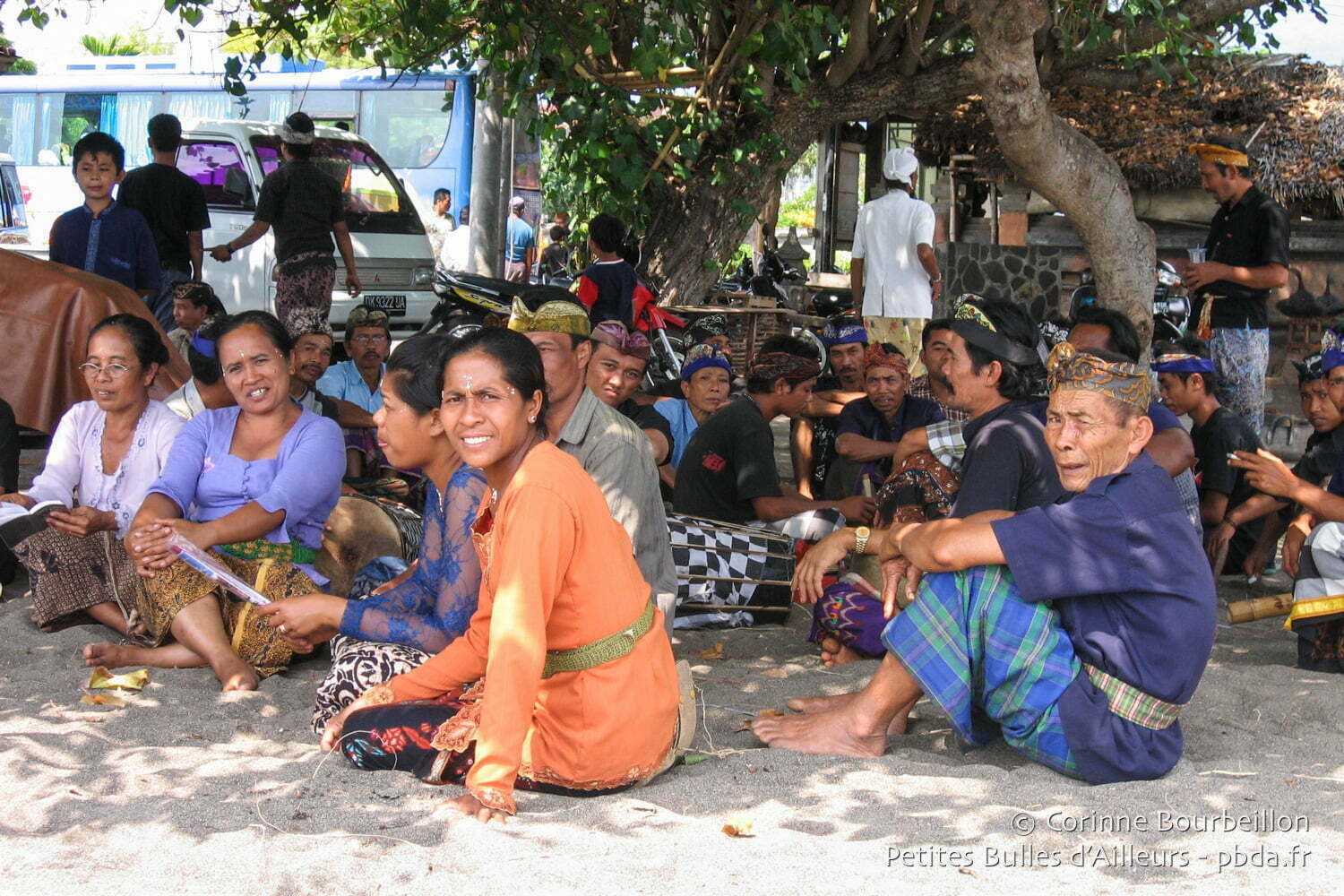 Ceremony on the beach of Lovina, Bali. (Indonesia, July 2008)

Wayan, Made, Nyoman and Ketut

In Bali, all people seem to have the same name. You cross three Nyoman and five Wayan during the day. Bizarre.

It sounds like a joke to the tourists... but it's not! The Balinese actually have their own system for children's names.

The eldest and the following

No difference between boys or girls, the name you receive simply corresponds to the order of arrival in the family!

The eldest will be called Wayan, the second Made, the third Nyoman and the last Ketut. For the fifth and the following, if there are, we start from the beginning with Wayan, and so on.

As a result, everyone there is called Wayan, Made, Nyoman or Ketut! With small variations according to the castes: Wayan can also be replaced by Putu and Gede, Made by Kadek and Nengah, Nyoman by Komang. Some also have diminutives and nicknames, sometimes forged from the family name, to distinguish themselves.

Prefixes are used to distinguish between the sexes: I for boys and I for girls. There are also a whole host of ceremonial titles for high-caste families.

During my last stay in Bali, this summer, I took the fold. I forged a name composed in the Balinese style, in relation to my senior status, to make my interlocutors smile. When the inevitable "what's your name?"I gibberish proudly in Indonesian: "Nama saida Wayan-Corinne. » Success guaranteed!