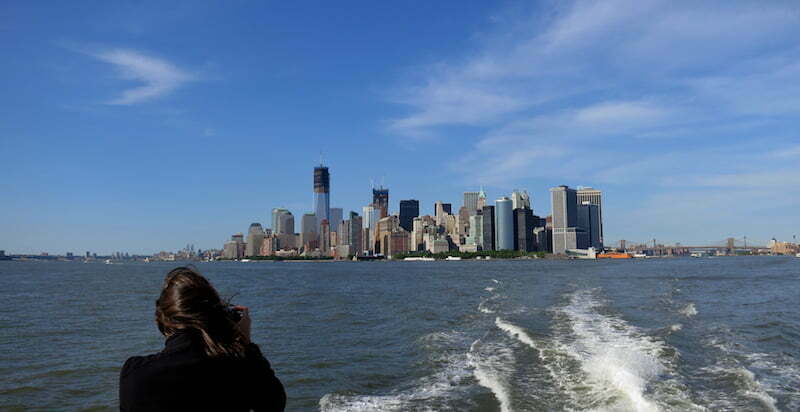 NYC. Three inspiring initials. New York City, I just got back! It was my first trip to the United States and my first steps in "the city that never sleeps"...

A week in New York

See the skyscrapers of Manhattan! Held up yellow taxis! Climbing the Empire State Building! Climbing Rockefeller Center! Sailing at the foot of the Statue of Liberty! Wander Broadway! Cross the Brooklyn Bridge!

It was my first time in New York. The city that we know without knowing, for having seen so much of it in movies, in TV shows, and then in the 20-Hours since 9/11. The city "that never sleeps" as sings Sinatra.

I've been there. I spent a week there. Another "bubble from elsewhere", quite different from my trips to Asia!

It's bigger. Stronger. More intense. Larger than life ... Even if we play tourists, a visit to New York widens the horizon and cleans the head. The city is overflowing with contagious energy, exhilarating, stimulating.

The only sight of the buildings that stand out in Chinese shadows, on the tarmac, on landing, in the golden light of the sunset, makes the heart beat a little faster.

New York is less than 8 hours flight from Paris. And on the return, it's even faster, thanks to the favorable winds of the mysterious jet stream less than 7 hours! In fact, that's close, compared to my previous trip to Indonesia. There is only one ocean to cross ...

I'll be back to tell you all about it soon!