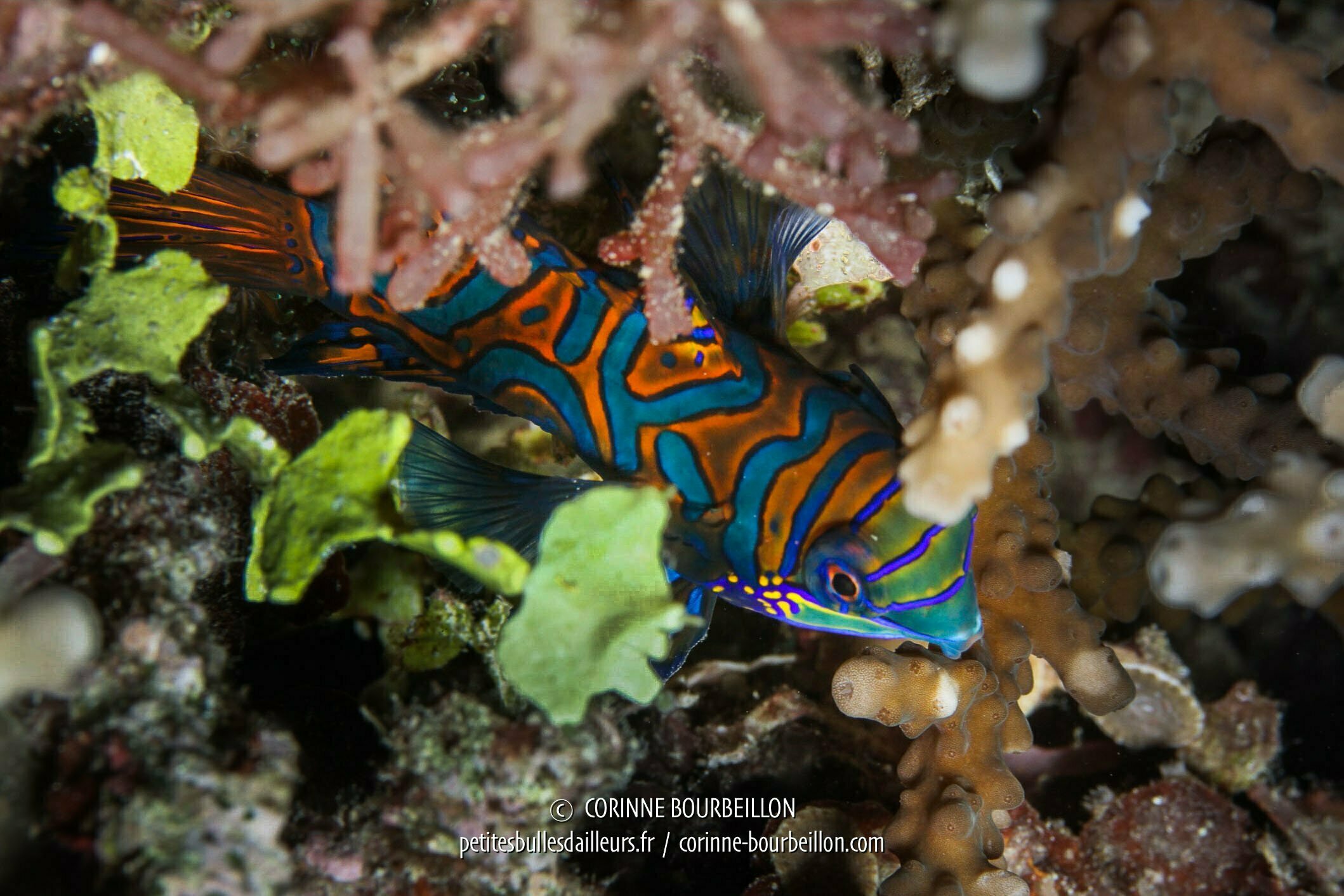 We must start when we see his flamboyant dress orange and blue patterns, because the second after, it has disappeared into the depths of the coral substrate. (Pulau Bangka, Sulawesi, Indonesia, July 2010)

A mandarin at dusk

It's a rarity. A shy little fish that shows up only at the end of the day. It's on the house-reef of the resort Mimpi Indahat Bangka Island I found the Mandarin fish. It was during my stay in Sulawesi (Indonesia), in July 2010.

He prefers to stay hidden under the protective interlacing of the coral, of course. Where the lens of my Canon Eos 7D has a hard time making the focus.

Especially under water the light declines even faster, as the night falls.

But Jemi, my Indonesian guide, promised me a Mandarin to finish the trip. And I, the cold woman who is usually reluctant to go back into the water after dusk, so I agreed to a night dive!

I do not regret.

We spent an infinite time at shallow depth, hanging over the reef, motionless, on the lookout, eyes wide, lulled by a light surf.

At regular intervals, Jemi sweeps the pile of coral branches with the brush of his flashlight. He took care to alleviate the too bright light with a red plastic bag. He proceeds without a sudden gesture, taking dark pauses.

Our patience ends up paying. We see several.

Without too much effort, I try to draw them the portrait, to these small mandarin fish frightened by our presence.

Result: a lot of failures and only one vaguely showable picture. Which hardly translates the enchantment of this long wait in weightlessness, of this game of patience in an underwater twilight atmosphere.

This is the second time in my life as a diver that I have had the chance to meet mandarin fish: in 2008, this other dive in the Philippines, on the reef of the island of Siquijor, which I had loved so much.

But I'm sure there'll be others!